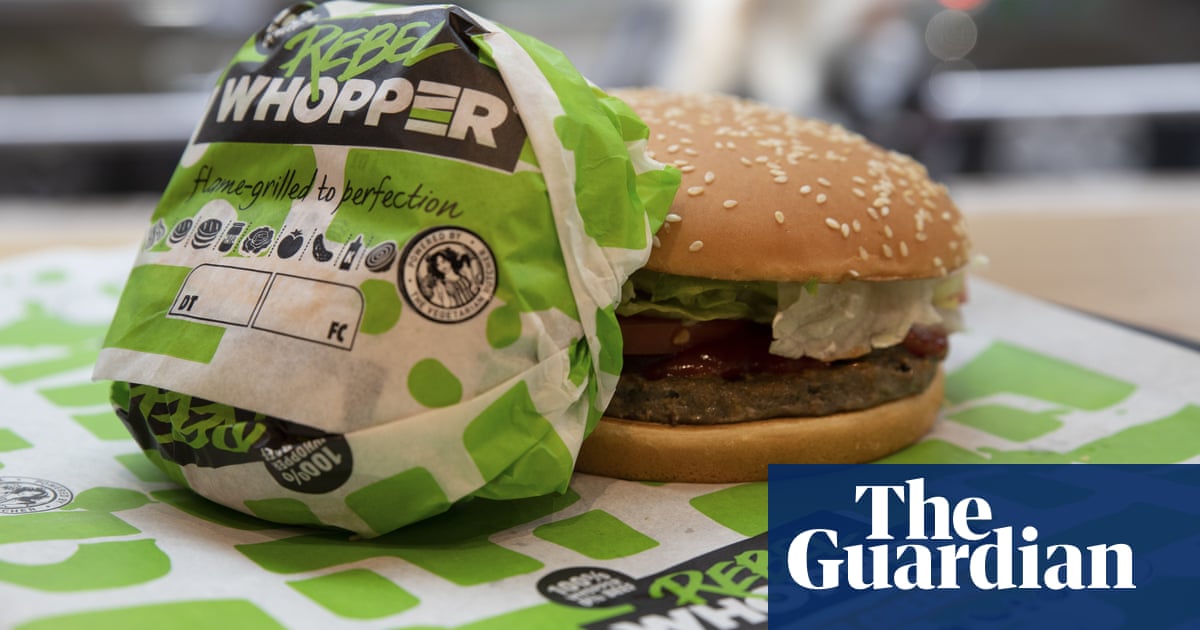 An ad campaign for Burger King’s first plant-based burger has been banned by the advertising watchdog for implying it is suitable for vegans and vegetarians, when it is not.

The Rebel Whopper, which was launched in January coinciding with Veganuary, was promoted in a campaign that included tweets and Facebook posts.

The ads, which trumpeted the patty as the fast food chain’s “first plant-based burger”, also featured the “Vegetarian Butcher” logo.

However, the soy-based version of the chain’s Whopper beef burger is cooked on the same grill as meat and egg-based mayonnaise applied, making it unsuitable for many non-meat eaters.

The Advertising Standards Authority received 10 complaints about three social media ads for the burger. Complainants said claims that the product was “100% Whopper. No beef” and was a “plant-based burger” were misleading.

Burger King said the ads explained in the “small print” that the burger may not be suitable for vegans or vegetarians as it was cooked alongside meat products. The company said the Vegetarian Butcher logo was not used in TV advertising, acknowledging it could be potentially misleading. Customers could also ask for no mayonnaise, the company said.

The ASA said the public would have assumed from the social media ads that the burger did not contain beef or other animal products. The use of the Vegetarian Butcher logo, a green colour palette and the timing of the launch during Veganuary contributed to the impression it was suitable for vegans and vegetarians.

The ASA banned the ads for misleading consumers, saying the small print warning “was not sufficiently prominent to override the overall impression that the burger was suitable for vegetarians and vegans”.

In addition, there was no warning about the presence of egg mayonnaise.

“We concluded that the ads were misleading,” the ASA said. “The ads must not appear again in their current form.”

Burger King has previously said it was targeting “flexitarians” – people who eat meat but are reducing their intake of animal products.

At its launch, the burger was complimentedby Toni Vernelli, the international head of communications and marketing at Veganuary, a campaign to encourage people to go meat, dairy and egg-free for the month of January.

He said the method of cooking “makes absolutely no difference” to those trying to cut down on meat, but could encourage meat-eaters to lower their consumption.

However, The Vegan Society said veganism was a plant-based diet that avoided all animal foods such as meat (including fish, shellfish and insects), dairy, eggs and honey. This is generally interpreted as also avoiding products that are cooked with meat.