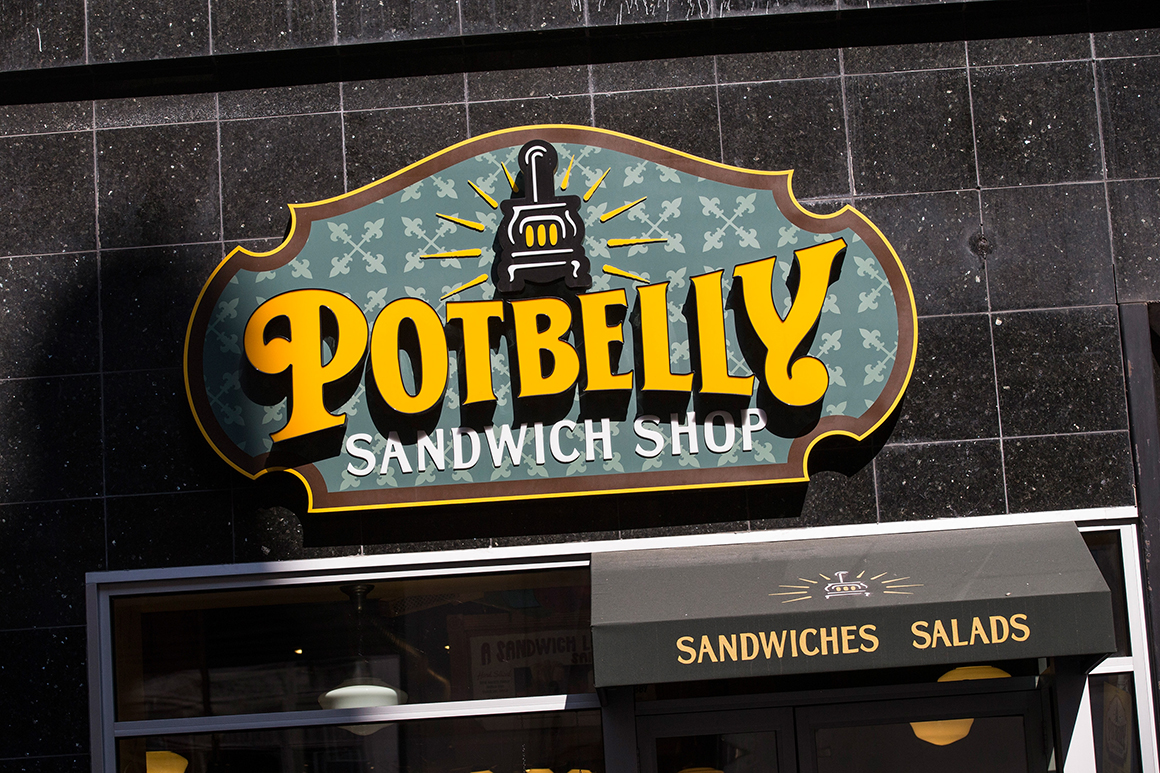 Potbelly Sandwich Shop told investors that a subsidiary was granted a $10 million loan by JPMorgan Chase under the Paycheck Protection Program on Friday. | Andrew Burton/Getty Images

Potbelly Corp. — the nationwide sandwich shop operator — and Ruth’s Hospitality Group, which runs a chain of steakhouses, are among the large companies that have disclosed receiving the government-backed loans. Before the Covid-19 outbreak, they reported employing thousands of people.

When Congress created the $350 billion “Paycheck Protection Program,” it targeted the loans at businesses with fewer than 500 employees, because they are particularly vulnerable to economic slumps. But lawmakers also gave flexibility for larger restaurant and hotel operators to apply.

The emerging evidence that large companies used the law to tap into the first wave of loans is sparking a new backlash against the implementation of the program, which has been beset with operational problems since its April 3 launch.

“Big Wall Street-backed restaurant chains that pay their executives super-sized bonuses should not be the first served up SBA loans by this administration,” said Derek Martin, a spokesperson for the watchdog group Accountable.US. “What a slap in the face to the untold thousands of legitimate small businesses that will not survive this crisis, many because they couldn’t get the help they were promised from the president soon enough, if at all.”

The information is coming to light as banks scramble to process loans before the money for the popular program is exhausted. The Trump administration has requested another $250 billion to continue funding the loans but Congress is deadlocked. Funding could run out as early as today or Thursday, said a spokesperson for Senate Small Business Chairman Marco Rubio (R-Fla.).

The SBA on Wednesday said 1.3 million Paycheck Protection Program loans had been approved totaling more than $296 billion. As of Monday, $22.7 billion had been approved for businesses in the “accommodation and food services” sector.

On Wednesday, bank lobbyists pleaded with Congress to extend funding for the program.

The Consumer Bankers Association urged the SBA and the Treasury Department to issue guidance that would allow banks to continue processing loans in the SBA’s “E-Tran” system until lawmakers and the administration agree on the next round of funding. Entering loans into the system would ensure small businesses would be able to receive money without being subject to a further backlog, CBA president and CEO Richard Hunt said.

“We are trying to help as many businesses as possible, but we know the window is closing,” Tioga State Bank President and CEO Robert Fisher said.

Restaurants have been among the hardest hit businesses during the Covid-19 outbreak because of shutdown orders nationwide. They have been forced to depend on delivery and takeout orders to keep the lights on.

Potbelly and Ruth’s disclosed their loans in SEC filings.

Potbelly told investors that a subsidiary was granted a $10 million loan by JPMorgan Chase under the Paycheck Protection Program on Friday. Ruth’s said in its SEC filing that two of its subsidiaries were granted loans on April 7 by JPMorgan for a total of $20 million and that the company will use the proceeds primarily for payroll costs. The maximum loan amount a company can receive under the Paycheck Protection Program is $10 million.

The loans were among the 3,273 that the SBA and banks had approved for $5 million or more as of Monday, according to the agency’s data. The total amount of loans approved for at least $5 million totaled $22.8 billion — or 9 percent of all those approved.

Potbelly and Ruth’s did not respond to requests for further comment.

Amanda Fischer, policy director at the Washington Center for Equitable Growth, said the Small Business Administration definition of what qualifies as a “small business” has made funding constraints more pressing.

Bakery customer spends $1,000 on single doughnut: ‘We are in tears’ – Fox News