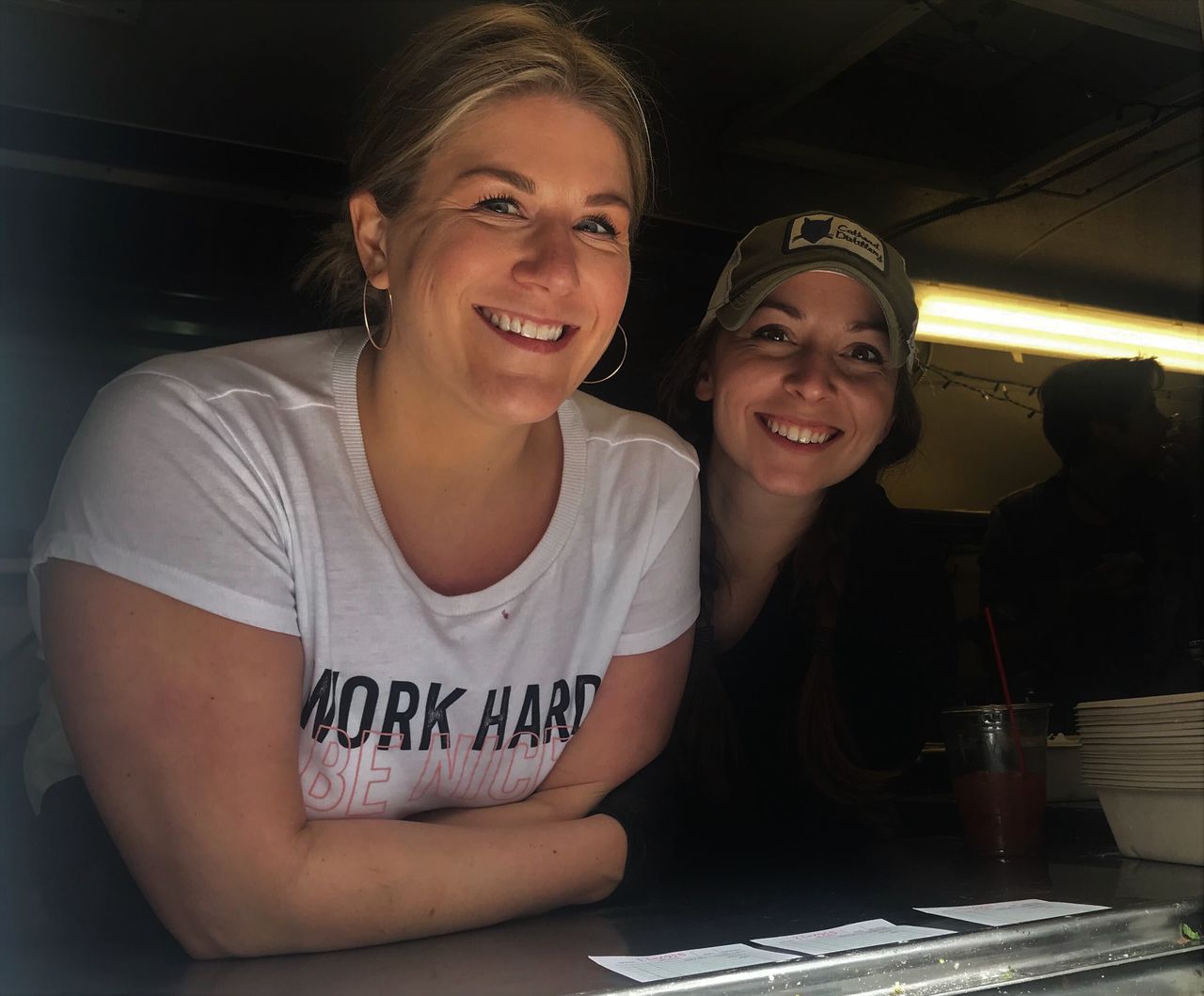 Lindsey Noto — a chef, Sysco marketing associate and co-founder of the women’s hospitality group Bham Femme — will compete in a special “Clearance War” edition of the reality show for the chance to win up to $20,000.

Hosted by Guy Fieri, the hybrid cooking competition and game show brings four chefs together in the “Flavortown Market” grocery store to test their creative culinary skills as they use ingredients on the market’s shelves to whip up high-end dishes for three judges.

The chefs face a different challenge and elimination each round, and the last culinarian standing gets to do a “Supermarket Sweep”-style race through the “Flavortown” aisles to collect items for the chance to win up to $20,000 in “Guy’s Shopping Spree.”

The episode airing tonight at 8 p.m. CST (9 p.m. EST) is a specially themed “Clearance War” challenge. A teaser for the showdown hints that at least one of the rounds will involve a spicy seafood course.

Noto, who was previously the catering manager at Saw’s BBQ and Post Office Pies as well as the chef de cuisine at Roots and Revelry, says competitors didn’t know the episode’s theme until the day of filming.

“We were all lined up (and) ready to go, getting ready to hear what the first challenge is and Guy (Fieri) comes out and he’s like ‘Surprise guys, this is a clearance wars challenge!,” Noto told AL.com.

The chefs had to find creative ways to incorporate the ingredients, as well as have enough for each potential round. Competitors have 30 minutes to shop for additional items and prepare a dish for critique.

“They gave us a basket of seven random ingredients that no one would want to use that would be on the clearance aisle,” said the always candid Noto, laughing. “It was the most obscure sh*t. You’ll see tonight. It was brutal.”

Chefs who hope to compete on “Guy’s Grocery Games” usually send in a video application for the show. But a member of the Food Network casting team reached out to Noto directly after seeing her content on Instagram to ask if she would be interested in doing a Skype interview.

The young chef said the casting process took about two and a half months, as she interviewed with the network, filled out questionnaires and sent photos.

“I didn’t find out I’d been selected until a week or two before they filmed.”

The network flew her out to California for 16 hours of filming in Santa Rosa, where they revealed the episode’s judges: Michael Voltagio, Maneet Chauhan and Christian Petroni.

“They are three people that I’ve just idolized my entire cooking career. The fact that I got to cook for those three judges, for me, was the coolest thing about it all,” said Noto.

She says the contestants on the episode instantly jived, and, even though it was a competition, they were all supportive of each other.

“Other than the hot lights and the cameras being all in your face, it didn’t really feel like I was competing against these people. I just wanted everyone to do well because everybody was so excited to be there.”

Noto says another beacon of light on the show was Fieri, who made everyone feel calm and comfortable on set.

“He’s just as cool in real life as he looks on TV. He really studied our bios and got to know who (you are) are as a chef and as a person.”

And for people wondering, Noto says the film experience on set is just as intense as it looks on TV, with the crew bringing out “every ingredient under the sun” such as freshly butchered and packaged meats as the competitors race against the clock.

“It’s literally like cameras are rolling and then ‘three … two… one … action!’ And then they tell you what your challenge is going to be, or the theme of each episode,” said Noto. “So, there’s no time to plan. No time to think about what you’re going to cook. It’s really and truly like how they make it out to be on television, which is kind of cool.”

Noto says one of the best parts of being on “Guy’s Grocery Games” was the casting process, which was rigorous but enjoyable. She says the network’s casting team is easy to work with and constantly looking for new chefs and personalities, and so she wants to encourage anyone with hope of being on one of the network’s cooking shows to take the chance.

‘It’s very possible to make that a reality,” she said. “ It’s kind of a long process. But anybody that’s interested should apply … do it.”

Noto was looking forward to hosting a viewing party for family and her friends, especially to show her peers in the restaurant industry that being on a Food Network competition isn’t just a dream. While the COVID-19 outbreak has put a damper on those festivities, she thinks the premiere of the show can be a ray of hope in the midst of dark times and an unsettling future for restaurants and their workers. She recalled a recent conversation she had with a friend, a veteran bartender who was thinking of leaving the service industry.

“She’s so good at what she does and it makes me so sad to hear her wanting to abandon her trade because of what’s happening. So I really do hope that the airing of this episode will inspire some people locally and my fellow industry friends to not get discouraged and keep doing what they do because they love it and are good at it,” said Noto. “Sh*t sucks right now, but it’s not going to be permanent.”