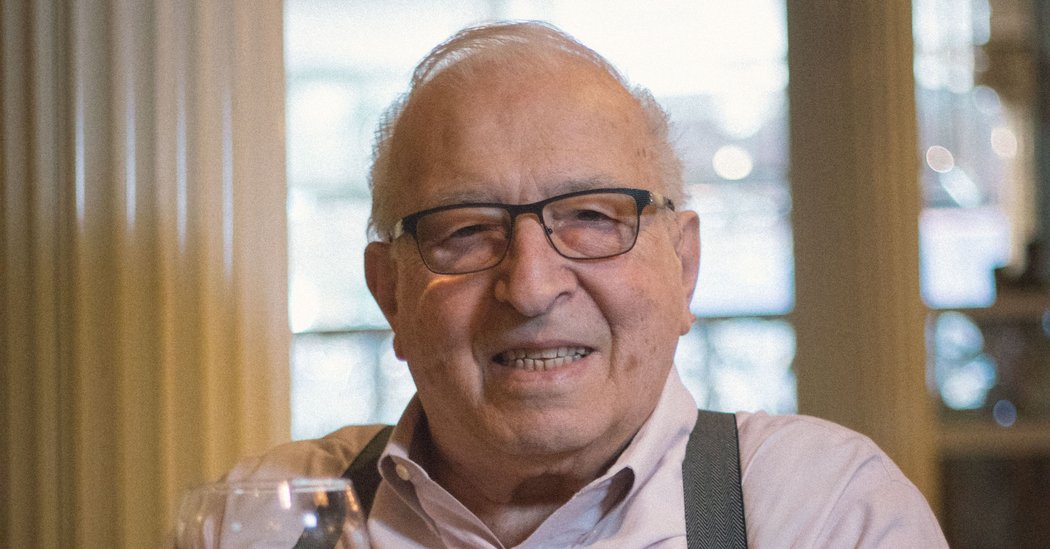 This obituary is part of a series about people who have died in the coronavirus pandemic.

Joseph Migliucci’s parents wanted more for their young son than the family restaurant business. So they gave him the hardest jobs, like cleaning the floors and washing dishes.

“Finally I put him behind the range and thought, ‘This will kill him. He’s going to hate it,’” his father, Mario Migliucci, said in an article by The New York Times food critic Craig Claiborne in 1976. “Not a bit. And now he’s good at everything. Terrific bartender, good host, the works.”

Joseph Migliucci stayed on at the restaurant, Mario’s, for nearly a half century more, maintaining its tradition as a red-sauce cornerstone of the Bronx’s Little Italy on Arthur Avenue in the Belmont section.

Mr. Migliucci, the fourth generation of his family to own the restaurant, died on April 6 at a hospital in White Plains, N.Y. He was 81. His daughter, Regina Migliucci-Delfino, said the cause was the novel coronavirus.

The restaurant was opened in 1919 by Joseph’s great-grandmother, Scholastica Migliucci, an Italian immigrant, as a pizzeria with six tables. Joseph’s father, Mario Migliucci, and his Uncle Clemente took over management in the 1930s, expanded the menu and renamed it Mario’s.

Joseph took a job in the restaurant at around age 13, according to his daughter. In recent decades he and Ms. Migliucci-Delfino ran it.

Mr. Migliucci would come to work each day in a button-down shirt and suspenders often adorned with a big yellow pin that read, “I’m the boss.” He would add to customers, “But when I go home, I give the pin to my wife.”

Mario Puzo name-checked the restaurant in his novel “The Godfather.” When producers of the movie version asked about filming a scene there, his father declined. “He didn’t want that stigma,” Mr. Migliucci said.

Mr. Migliucci was born in Manhattan in Nov. 18, 1938. His mother, Rose Migliucci, also worked at the restaurant.

He attended Samuel Gompers Industrial High School in the Bronx and went on to study engineering at a local college before returning to the family business. “He loved engineering, but he had a love for people,” his daughter said. “And he loved the restaurant business.”

Along with his wife and children, he is survived by his sister Diane Lentini, 16 grandchildren and three great-grandchildren.

Ms. Migliucci-Delfino said she will continue the family legacy and run the restaurant.