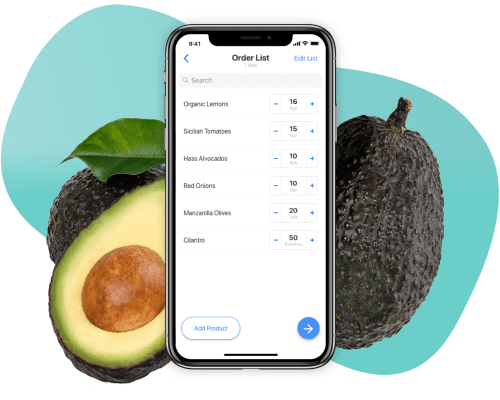 Food-related and delivery tech businesses have been seeing a huge wave of customer demand in the last few weeks as people on lockdown turn to them to buy necessary supplies (see also: the big funding round for meal kit delivery service Gousto announced earlier today). But that rising tide has not lifted all boats. Many restaurants have had to shut down, and those trying to stay open have had to reconsider how they run their businesses (and if it’s even worth the effort at all).

And that’s having a subsequent impact in turn on those who supply restaurants, which are also finding out that they need to reconsider and adapt what they do, too. Today, a Berlin-based startup called Choco, which has built ordering software for restaurants and their suppliers, is announcing $30.2 million in fresh funding led by Coatue Management, with participation also from Bessemer Venture Partners, Atlantic Labs, Target Global and Greyhound. The funding puts Choco’s valuation at just under $250 million, Daniel Khachab, Choco’s CEO and founder, said in an interview.

He added that the startup plans to use the funds to continue building out its technology and customer base, as well as to adapt to the current market with more initiatives to help its customers stay in business (more on that below) across the 17 markets where it operates, which include Germany, France, Spain, the Netherlands, Austria, Belgium, Brazil, and the United States.

The funding is notable not just because of the big names of the backers. Coatue is a prolific investor that has put money into the the biggest startups of our time, including Uber, Instacart, DoorDash and RebelFoods (and that’s just looking at a small selection of startups adjacent to Choco’s business; the wider list has a lot of breadth). It’s also notable because of the timing.

It was less than six months ago that Choco raised its Series A of $33.5 million, and even though it is only getting officially announced today, Khachab said this round actually “shortly before all this hit,” he said, referring to the novel coronavirus pandemic.

“This was an opportunistic raise because we wanted to work with Coatue and Dan Rose,” the former Amazon and Facebook exec who is now chairman of Coatue. “We were able to partner on great terms.” Indeed, the company was valued at just over $100 million in its Series A according to PitchBook data, representing a doubling of its valuation. While it wasn’t strictly needed for the company, “it enables us to expand more geographically, to focus on Europe and the US, and offer more functionality,” he added. “it also means that we have more financial stability in a crisis.”

That crisis has indeed hit the restaurant industry that Choco serves with its food tech hard. While those that were already running strong delivery or takeout businesses are likely forging ahead, others have had to rethink and consider how they could fit their services into that model.

More generally, however, there’s been a large shift in the wider economy: many people are losing their jobs, or are worried about losing them; others are worried about catching the virus. All of this means that while some delivery of food is thriving, there is a counterbalance of belt tightening and considerably less take-out, ready-made food.

In normal times, Choco’s mission was to build a platform that cut down on the time and effort it takes for a restaurant to liaise with suppliers to order food for service. Typically, it’s an area that was ripe for disruption since even these days a lot of kitchens spend hours on the phone with suppliers, or visiting markets, to amass their stocks.

(The name Choco, in fact, is a reference to the South American rainforest region that is considered a biodiversity hotspot. Khachab said that the company’s mission and subsequent platform were created with the idea of minimising production and preserving places like these.)

All this was, of course, created in “normal” times before the pandemic outbreak threw many of those restaurants and their suppliers’ business models into disarray.

One of Choco’s solutions has been an interesting twist on its business model: it’s recently started to make it possible for the restaurants that normally order supplies to now continue doing so — giving the suppliers business — while also selling on those supplies direct to their customers — thereby continuing to give themselves some income to supplement whatever takeout business they are also running.

“Restaurants and suppliers are in trouble and consumers are in trouble,” Khachab said. “We are doing this to give them some revenue and consumers can get next-day delivery and restaurant-quality ingredients and other food.” Notably, this is also about keeping Choco’s own sales channels from collapsing: all the profits it makes on this are going back to the restaurants themselves.

The plan will be to keep this in place for as long as our lockdowns continue, although if there is a big enough business out of it, Choco might look to see how to continue it.

“For us this is now a response to the current situation,” he said. “But if we see that suppliers and consumers benefit from it we’ll keep it up.”

“I believe every chef is an artist – the kitchen is their studio and the restaurant is their gallery. Choco’s app removes friction for chefs so they can spend more time on their craft and operate their business more efficiently,” said Rose in a statement. “Especially now in the midst of an existential crisis for restaurants around the world, we need Choco more than ever to rethink the global food supply chain and provide new business models for food suppliers and restaurants alike.”