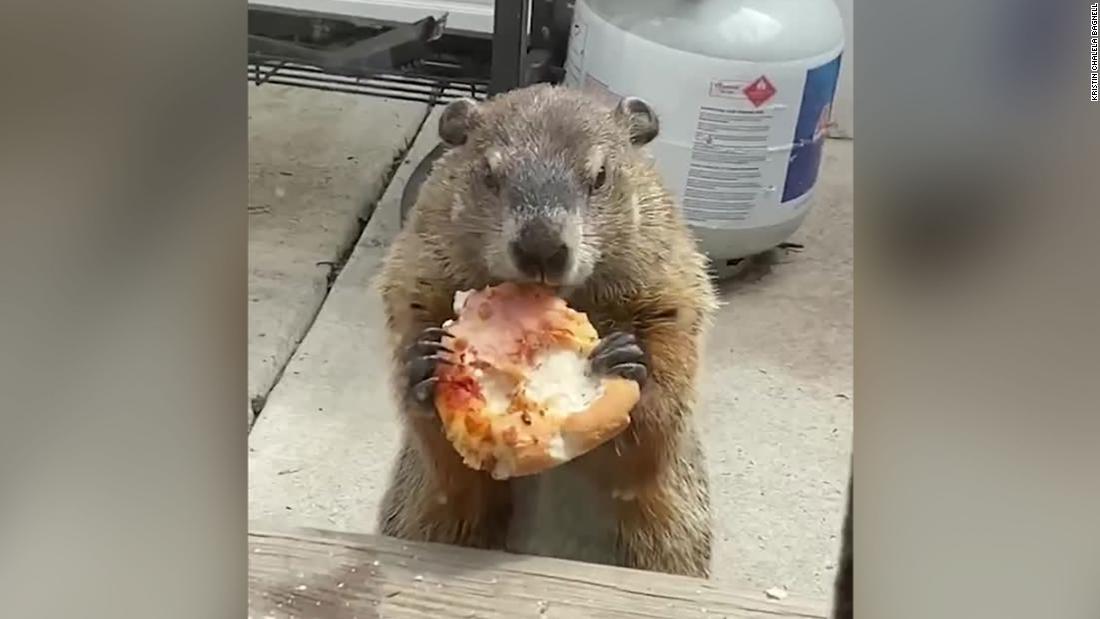 The rodent was spotted sitting outside Kristin Chalela Bagnell’s sliding glass door in a deep stare, munching on the pizza slice and unfazed by the two dogs on the other side.
Bagnell told CNN this went on for about an hour Tuesday until the groundhog finished eating and scurried away. Probably off for a nap after all the carbs.
“Before I recorded, we noticed that pizza was out in our backyard and we didn’t know where it came from,” she said. “Then both of the dogs were very intently looking out the glass.”
Bagnell started recording and saw the pizza culprit was the neighborhood groundhog. She said he has been spotted several times before but never with a whole slice of Sicilian.
The hungry rodent is giving New York’s infamous “Pizza Rat” a run for its money. In 2015, the rat attempted to drag a slice of pizza double its size down some subway stairs.