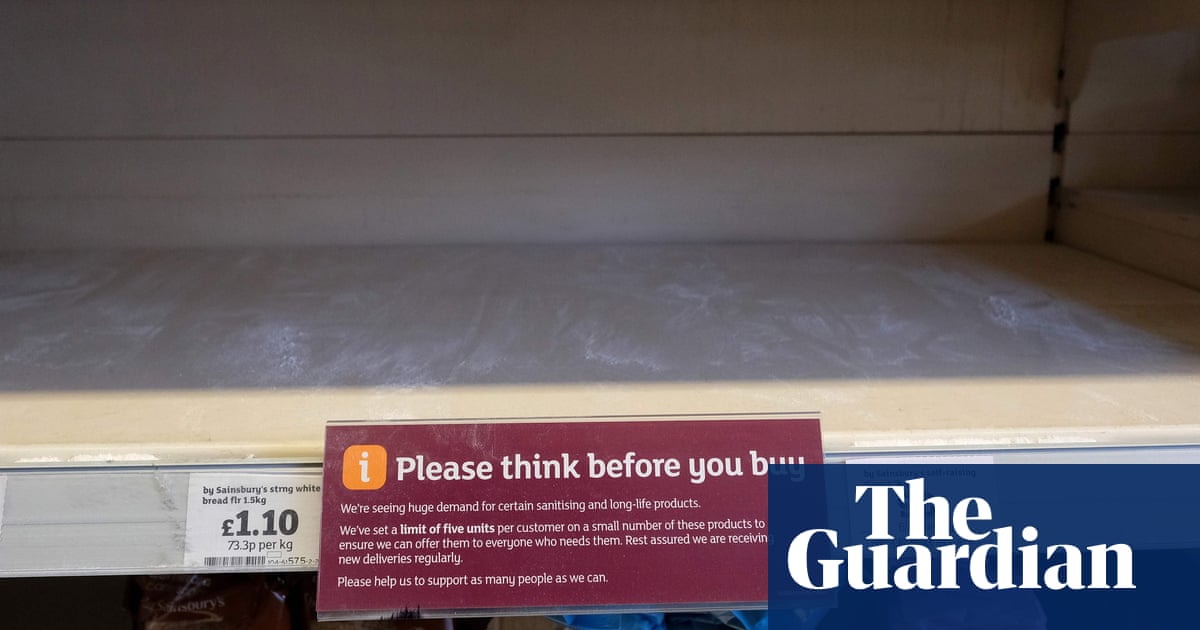 The price of high-demand food and sanitary products has risen sharply in online shops over the past month as the coronavirus crisis mounts, according to official figures.

A basket of the products – including tinned beans, lavatory paper and cleaning materials – costs 4.4% more than just before lockdown measures began a month ago, according to the Office for National Statistics, which carried out the comparison.

Prices rose by 1.8% in the past week alone, driven by soaring pet food prices and a sharp increase in the cost of rice, nappies and handwash.

The ONS cautioned that its figures are “experimental” and that some of the prices it collects online can change rapidly from one week to the next. It said that food prices had been relatively stable over the period from 16 March, just before lockdown measures began, to 12 April. Prices for pet food, which contributed the biggest rise in the overall index, and rice rose by 8.4% and 5.8% over the past month, while prices of pasta sauce fell by 4.5%.

The government sets an annual inflation target for the Bank of England of 2% based on a much broader basket of goods and services, which the ONS said should not be directly compared with its experimental statistics. However, the early warning signals from the price of goods in high demand could indicate the start of a squeeze on living standards for households as the economy collapses into recession.

According to a separate survey of 1,500 adults conducted by the ONS, nearly one in four said the coronavirus was affecting their household finances, highlighting the risks of financial hardship across the country.

About three-quarters of these people said they had suffered a loss of income in the first weeks of the lockdown, with about 32% needing to use savings to cover living costs and more than a fifth struggling to pay household bills. Nearly half of all adults said they expected their financial position to get worse over the next 12 months.

A quarter of UK firms have temporarily closed or paused trading due to the Covid-19 outbreak and lockdown measures, according to another ONS survey of 5,300 businesses. Many of the 75% of companies who are still trading had also furloughed some staff, as they try to ride out the crisis.

Critics of the government have said Britain entered the coronavirus crisis on a weak footing after a decade of sluggish wage growth and austerity. Average pay levels for British workers only returned to pre-financial crisis levels after inflation at the end of 2019, taking 12 years to repair the damage from the last recession.

Laura Suter, personal finance analyst at the investment platform AJ Bell, said: “The UK went into this crisis with a chronic savings deficit, with many households having little to no savings to fall back on if they saw their income hit.

“It means that any drop in income will have an immediate effect on lots of households, particularly if there are no big cutbacks they can make, and we’re already seeing the impact of this.”

US President may get ‘Trump platter’ at iconic Delhi restaurant: Report – Hindustan Times