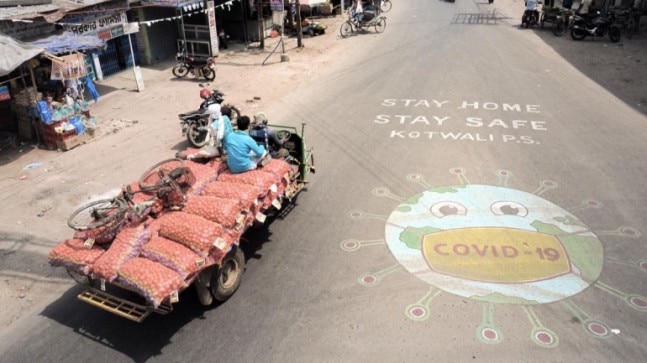 According to the Indian Council for Medical Research’s 9 pm bulletin on Thursday, a total of 3,02,956 samples from 2,86,714 individuals have been tested in the country as on April 16. The ICMR statement added that 1,206 of the 27,256 samples reported on Thursday, tested positive for SARS-CoV-2 (Covid-19).

Joint Secretary in the Ministry of Health and Family Welfare, Lav Aggarwal told media outlets on Thursday that at least 325 districts in India remain unaffected by the Covid-19 outbreak. Over 12 per cent of people who tested positive for the novel coronavirus in India have recovered, added Aggarwal. With three more deaths, the toll in West Bengal rose to 10 on Thursday. Similarly, the death toll in Uttar Pradesh also rose to 13 and that in Mumbai’s Dharavi to 9.

The Indian Army on Thursday instructed all military establishments, cantonments, formation headquarters and units to observe a “No Movement” policy till April 19, 2020. While crucial operations at the Military HQ will continue as always, the purpose of this policy is to ensure containment of the infection among jawans. All training activities and temporary duties also remain suspended till May 3 for the same purpose.

A boy working as a pizza delivery agent in Delhi’s Malviya Nagar tested positive for Covid-19 on Thursday. Doctors confirmed the report and said that he had been experiencing symptoms for the past 20 days and has now been admitted to an isolation ward at a state-run hospital.

Officials in the national capital wasted no time in tracing the contacts of the pizza delivery agent and placed 17 of his colleagues along with 72 families under quarantine. Food delivery platforms have issued clarifications saying that they are following stringent safety protocols and a single delivery agent testing positive will have little effect on the chain.

In a statement on April 16, the Director-General of Civil Aviation (DGCA) said that flyers who made flight bookings for a date between March 25 and May 3, can seek a full refund exempted from any cancellation charges, within three weeks of the cancellation request.

This comes a day after multiple domestic carriers along with the Indian Railways clarified that services of domestic/international flights and passenger trains will remain suspended till May 3 in light of the extension of the 21-day nationwide lockdown to prevent further spread of Covid-19.

The Enforcement Directorate (ED) on Thursday lodged a case against Maulana Saad, the chief of the Tablighi Jamaat Markaz, under the Prevention of Money Laundering Act. An FIR was also registered against him by Delhi Police earlier on Thursday for violation of the lockdown amounting to culpable homicide. Sources told India Today that Maulana Saad has changed his residence from where he was living in Zakir Nagar. The chief of the Nizamuddin Tablighi Jamaat Markaz even got himself tested for Covid-19 and his samples returned negative.

Maulana Saad and the Tablighi Jamaat Markaz in Delhi’s Nizamuddin landed under the scanner of investigative agencies after it was found that hundreds of members of this group attended a congregation at the Markaz in March of this year despite apprehensions about massive public gatherings owing to the Covid-19 outbreak. Hundreds of those who attended this congregation have tested positive for the infection and have infected others in states across India. Several have also succumbed to it after testing positive.

Health officials in Andhra Pradesh revealed on Thursday that as many as 40 children between the ages of three and 17 have tested positive for Covid-19. It was also mentioned that at least one family member of each of these children was an attendee at the Nizamuddin Tablighi Jamaat Markaz congregation held in Delhi in March of this year.

In an advisory on Thursday, the Ministry of Home Affairs cited two statements of the Computer Emergency Response Team (CERT-IN) to term videoconferencing platform Zoom “unsafe”. The popularity of this application has grown substantially in India since the enforcement of the nationwide lockdown.

In what can only be described as an exemplary display of how not to act during a pandemic, locals in Muduvarapati village of Madurai district in Tamil Nadu assembled in large numbers for the funeral of a Jallikattu bull. An FIR has now been registered against those who violated the lockdown to participate in the event.

Similarly, thousands of locals in Chittapur taluk of Karnataka’s Kalaburagi district decided to defy the lockdown and take part in the Siddalingeshwara fair.

Authorities crackdown on lockdown violations in Maharashtra, UP

Maharashtra Police has registered over 46,000 cases against citizens found in violation of the nationwide lockdown. To that effect, the police have collected over Rs 1 crore in fines from offenders across the state.

In Uttar Pradesh, the police have registered close to 20,000 FIRs in addition to slapping fines amounting to Rs 7.7 crore on those found violating the lockdown.

The notification also underlined the need for vehicles used by e-commerce operators to procure the necessary permissions from local authorities. However, the guidelines classifying essential and non-essential items into clear groups are yet to be issued in this regard.

Marvel Land: All the food you can eat in Disneyland’s Avengers Campus – Polygon