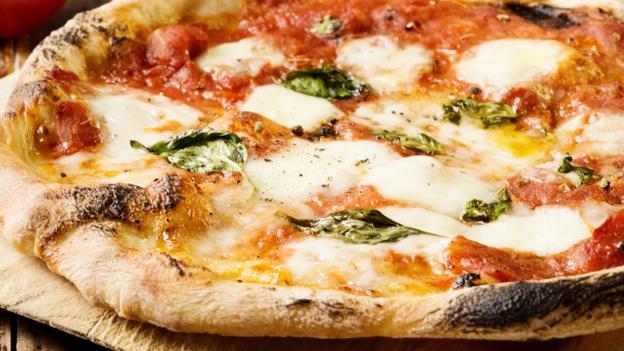 When you think of Italy’s most memorable dishes, its beloved pizza will most likely be among your top five, if not top three, favourites. It’s an ultimate comfort food that has become an ever-growing obsession around the world. But what is it that makes pizza from Italy so special, and where do you find the very best?

Like so many of the country’s most prized gastronomic delights like wine, olive oil and cheese, the quintessential pie from Naples, where pizza was born, has become so cherished that it’s now worthy of its own Designation of Controlled Origin (DOC). The city’s pizza-making tradition even received Unesco recognition in 2017 as an intangible cultural heritage item.

Naples is, of course, the hub of the pizza napoletana (Neapolitan pizza), with generations of the same family groomed in the art of being a pizzaiolo (pizzamaker). And each family carefully guards its recipe variations and bakes pizza with a passion that’s matched perhaps only by the city’s love for its football team.

There are three basic types of Neapolitan pizza: the Margherita, topped with tomato sauce, mozzarella cheese and fresh basil; the marinara, which skips the cheese and uses oregano and garlic instead of basil; and the “DOC” made with mozzarella di bufala (buffalo mozzarella) instead of the usual fior di latte made from cow’s milk.

You may also be interested in:
• Why San Francisco does sourdough best
• Where to go for real Italian food in New York
• Italy’s city that revolutionised pasta

Pizza is said to have originated in the city in the 1700s, after explorers brought one of the essential ingredients, the tomato, from Peru. But even before that, Neapolitans had been eating a version of the pita brought from Arabic immigrants as a kind of flatbread – which eventually became “pizza” in the local dialect. Most upper-class Europeans viewed the new tomato import with suspicion and originally considered it to be poisonous; at no fault of the tomato, people would place the acidic fruits on pewter plates, from which they’d leach lead, causing illness. But in a time of almost famine, local Neapolitans started topping their humble but delicious flatbreads with tomatoes, and soon the creation became a staple of the city’s cuisine.

Following the 1861 unification of the country, baker Raffaele Esposito was credited, in 1889, with inventing the now ubiquitous Margherita pizza in honour of the visit of Queen Margherita di Savoia, the wife of King Umberto the I, to the city. The colours of the Italian flag were mirrored in the ingredients: tomatoes for red; cheese for white; and basil for green. And thus, the iconic pizza was born.

Today, there are more than 500 pizzerias in Naples, but only a fifth of them are certified by the True Neapolitan Pizza Association, an organisation that was created in 1984 to protect and distinguish the authentic pies from the wannabees. Its criteria is based not only on the ingredients that go into the pie – including everything from the type of flour in the dough to the provenance of the cheese – but also the preparation, from the dough fermentation style to oven temperature. The association now even holds an annual contest to judge which pizza makers are the best in the world. Franco Pepe from Pepe in Grani has won the last three years in a row.

Pizza makers like Pepe have achieved a kind of rock-star status in Italy nowadays, but the work is quite physically exhausting, with a great attention given to seemingly simple methods.

Among the most famous pizzaioli in town, Gino Sorbillo is a third-generation dough wizard who runs Gino e Toto Sorbillo pizzeria, which is often considered one of Naples’ best. His father was one of 21 children (number 19), all of whom helped with the family’s pizza-making business. It was the same for Sorbillo’s generation: “[The whole family] assisted in every step from buying the materials, [making] the dough and seeing how to treat the ingredients,” he explained. “But the most important thing was to see the humanity and connection there needs to be in a pizzeria,” as the pizza-making process requires manual labour, long hours, and, for the Sorbillo family, working in a humble and sometimes difficult part of town.

His grandfather opened the family’s first pizza parlour back in 1935 along Via dei Tribunali, a historically troubled street in the centre of Naples that’s been rife with organised crime. That background has always been on Sorbillo’s mind, who wants to promote the city he loves and provide a refuge from gang activity for his patrons and workers. His Naples location was bombed last year, but ever determined, he has since reopened.

Sorbillo now has pizzerias in places like Tokyo and New York, and although he monitors each one for its adherence to the family’s recipes, it’s this first location in Via dei Tribunali that remains the business’ centrepiece, where locals and tourists alike line up to taste the original pizza. The pizzeria has also helped breathe life into the city, which has a reputation for being the country’s most chaotic and among its poorest. “I think I also gave some younger people the inspiration that we could do something here in Naples, to say, ‘we are going to try to so something too’,” he said.

It’s [how you make] the dough that’s essential

So, how does one make an authentic Neapolitan pizza, especially for those who can’t go to Naples to eat one?

To begin with, the dough has to be just right, with the use of Italian 00 or 0 wheat flour, fresh brewer’s yeast (no dry yeast), water and salt. The dough must be rolled by hand or with a slow speed mixer; never using a rolling pin. However, twirling it in the air to oxygenate the dough while belting out a Neapolitan classic might be best left to the professional pizzaioli.

Ciro Salvo of 50 Kalò, another of the city’s most esteemed masters, has another dough-making must: “The fermentation and leavening of the dough must be at least 10 to 12 hours.”

Raw, pureed tomatoes are another necessary ingredient for a great pie – preferably San Marzano, Italy’s most prized variety, which grow on the volcanic plains to the south of Mount Vesuvius and are required for pizzas with DOC designation. However, pizza star Franco Pepe prefers to use his own home-grown heirloom tomatoes.

Only two types of mozzarella are used for Neapolitan pizza: fior di latte made from cow’s milk; or mozzarella di bufala, made from the milk of the water buffalo that live in the country’s Campania and Lazio regions. These days, at some farms, the gentle beasts receive massages and listen to classic music as part of their routine to produce the tastiest milk around.

Of course, part of Neapolitan pizza’s fame comes from how it’s cooked. The dough must be no more than 3mm thick, and must bake for 60 to 90 seconds at a very high temperature – 485°C – inside a wood-burning oven, resulting in a pizza that’s crispy but not burnt. It all sounds easy enough, but there is a reason why some pizzamakers are considered true masters: that moment just before a pie becomes a burned mistake often lies in an expert’s eye.

But even if you don’t have DOC-qualified ingredients or a wood-burning oven, according to Sorbillo, all you really need to make a good pie is flour, yeast, a can of tomatoes and cheese that’s made from cow’s milk. “It’s [how you make] the dough that’s essential,” he said.

And as with any pastime, pizza-making involves a bit of trial and error. Mistakes and all, the whole process – along with getting to enjoy the final result – is all part of the fun.

The True Neapolitan Pizza Association is holding a free contest called #VeraPizzaContest for pizza makers (amateur and professionals alike) to see who makes the best pizza designed and made at home. Entries close on 20 April.

“I am lucky,” Salvo said. “It’s not just my work but my passion and my life.” He himself eats a margherita pizza at least once a day.

In a large bowl, dissolve the yeast in the cold tap water, and then mix in about two-thirds of the flour with a big spoon until a creamy consistency is formed. Mix in the salt, and then the remaining flour a little bit at a time. Continue to mix until all the flour has been absorbed.

Knead energetically with your hands by folding the dough and pushing it inwards. When the dough is smooth and no longer has lumps, let it rest for 10-15 minutes.

Dust the dough with flour, place it on a table and then give it a few folds, forming it into a spherical shape until it’s firm and elastic.

Place dough inside an oiled baking tin and cover, and then allow it to rest and rise for 7-8 hours at room temperature.

Place dough onto a round sheet pan that’s been lightly greased with olive oil, and lightly press it with your fingertips until the classical, flat-and-round pizza shape is formed (or into a square if using a square-shaped pan). It should be no more than 3mm thick. Cover and let rest for another 3 hours.

Add tomatoes (or tomato puree) as desired onto the flattened dough, and put pizza on the base of the oven, baking at 250-280°C for 5-6 minutes. Move pizza to the top rack of the oven and bake for another 6-8 minutes, adding drained mozzarella (if using) only in the last 3-4 minutes. Other ingredients such as extra virgin olive oil and basil should be added at the end of cooking.

Place already-prepared dough onto a baking sheet and lightly press flat. It should be no more than 3mm thick.

Culinary Roots is a series from BBC Travel connecting to the rare and local foods woven into a place’s heritage.

Like Peas in a Pod: Delhi restaurant renovates itself to a new normal due to COVID-19 – The New Indian Express