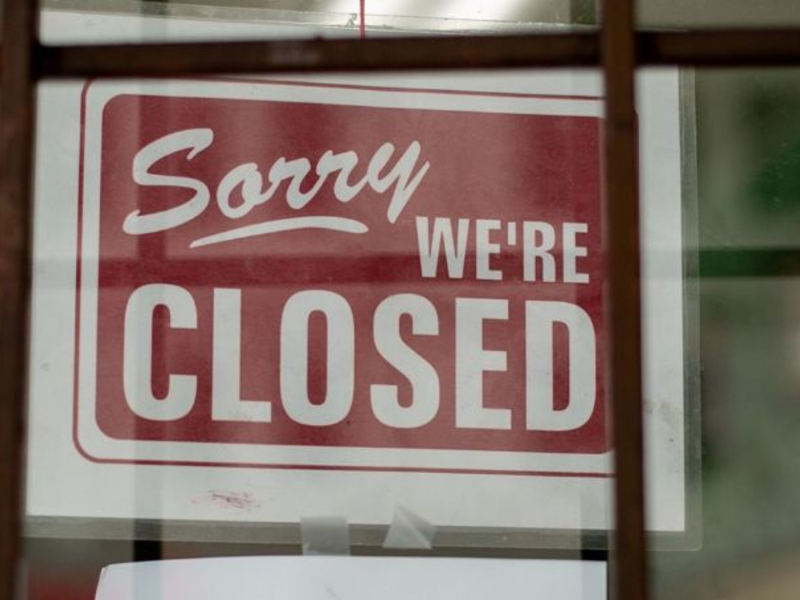 (Bloomberg) — Larry La never even turned the lights off for almost two decades. Now he’s had to shut the whole restaurant down.

Meiwah was a local favorite in the Maryland suburb of Chevy Chase, just a few miles north of the White House and Congress, where U.S. leaders are battling to cushion the economic blow from the coronavirus. It served Chinese food to a crowd that often included political big-shots, like ex-President Bill Clinton.

In the past month, La has had to shut his doors because of the epidemic, lay off a staff of three dozen, negotiate to defer his rent, and figure out if the government’s small-business rescue plan could help him.

But the closure also set off a supply-chain reaction that stretched far beyond the U.S. capital. Multiplied by thousands, it helps show how a pandemic has triggered the worst recession for almost a century, as initial blows to people and businesses ripple out to others.

“I was born and grew up in a war zone,” La — who’s of Chinese descent — says of his childhood in Vietnam. He was surrounded by dangers, but at least they were the kind you could see and avoid. Unlike the coronavirus. “This is a totally different war zone.”

La and his family fled, first to a Malaysian refugee camp — and eventually to Erwin, Tennessee, a town of 6,000 near the border with North Carolina. He was 20. “I was the only one who looked different, talked different.” He moved to Washington after a brother-in-law heard there was a restaurant job there, and eventually opened his own place.

“The restaurant business, if you think about it, is really very complex,” says La. It could also be fun and glamorous. Photos on the Meiwah website show him with the Rolling Stones. He says Clinton used to order crispy beef, then pared back to chicken and broccoli, and for the past five years or so has stuck to tofu and vegetable sushi.

“Our neon lights have never been off for 18 years,” says La. “In my life in the restaurant business, for 31 years, it’s the first time that we have to close down for anything.”

He reckons Meiwah can withstand another two or three months of closure. “I have a lot of confidence in this country. I think we’ll survive. But this is a very unpredictable time that we’re in now. So it’s nothing for sure.”

Charlie Chan, the general manager of SBC Food Corporation, got a call from Meiwah on a Monday in March canceling an order. It was just another blow for SBC, whose business — distributing vegetables, rice and other produce — has shrunk about 80% in the past month.

“It just keeps getting worse,” says Chan, who counts La as a longtime family friend and customer. His warehouse in northeast Washington usually supplies dozens of Chinese restaurants in the area, a business established by his parents 40 years ago.

“We’ve had to throw away a lot of meat, a lot of produce. Because it just got stuck.” How much? “Dumpster-loads.”

“We’re trying to cut costs,” says Chan. They’re running three trucks instead of the usual 10 — making 10 deliveries a day instead of 50 — with a staff of five, down from a dozen. “It’s pretty much just the family now.”

Fortune Growers, based in Elgin, Illinois, usually produces 3 million pounds (1.4 million kilos) of broccoli a week. Last week it was only 1 million. Demand from restaurants, usually the bulk of sales, has disappeared — though retailers like Walmart and Kroger are buying more.

When Mark Sato at Fortune got the call from Chan canceling SBC’s order, it forced him into the kind of quick rethink that’s been a feature of recent weeks. “Margins are slim and so you have to make sure you’re maximizing everything,” he says. “We had a fill for this truck. Then at the last minute we had to cancel SBC’s order, cancel the truck that we had, and reconfigure.”

When the virus first hit hard in the U.S. in late March, says Sato, orders to restaurants fell off a cliff and Fortune halted all packaging for a week. In Mexico, where the broccoli is grown and packed, hundreds of workers were told to stay home — and acres of vegetables were left in the fields to rot.

Since then, says Sato, they’ve scaled back planting by about 10% — but nobody can be sure that’s the right figure. “We put things in the ground that we plan on harvesting three months out,” he says. “At that point, what is the likelihood — since it’s so variable — of us being back online with everything? What is the likelihood of us still being sheltered in place? Or being closed down? No one has an answer.”

Fortune’s broccoli is carried across America by truckers like Yosmell Lemus, who’s been on the road since October, which is when he last saw his wife and three kids in Las Vegas. He owns a refrigerated truck or “reefer” for perishable goods, which would usually command higher rates, but not at the moment.

“It’s pretty cheap in the market right now, we don’t make much, it doesn’t even cover the fuel,” he says. Lemus is on the way from Dallas to McAllen on the Mexican border, where he’ll pick up another load — just his second in a week. His truck is empty for the 500-mile journey, which would be unthinkable in normal times, when he’d put out a call and pick up some cargo en route. So the gas money is coming out of his own pocket.

“Transportation, it goes with the market,” he says. But, “you have to pay the same mortgage, the same bills.” And those are all down to him now. Lemus and his wife decided she should quit her job as a housekeeper at the Aria Hotel in Las Vegas, because of the risk of getting infected.

He worries about that in his own work too. He wears a mask and gloves every time he leaves the truck. Loading or unloading can take six hours now, because of new protocols at the firms where he delivers and collects. Then when he gets back in the truck, which has a sleeping berth, a microwave oven and a fridge full of beans and rice, he uses alcohol wipes to clean every surface.

“The truck drivers, we’re right now on the front line,” he says. “You try to keep safe all the time, but you don’t know when you’re going to get sick. And the compensation that we have — for the work we’re doing right now — we need to get paid better.”

The Best Yellow Cake Starts With This Surprising Method – Epicurious

Panera is adding pizza to the menu, as chains like Domino’s and Papa John’s sales explode during the pandemic – Business Insider India