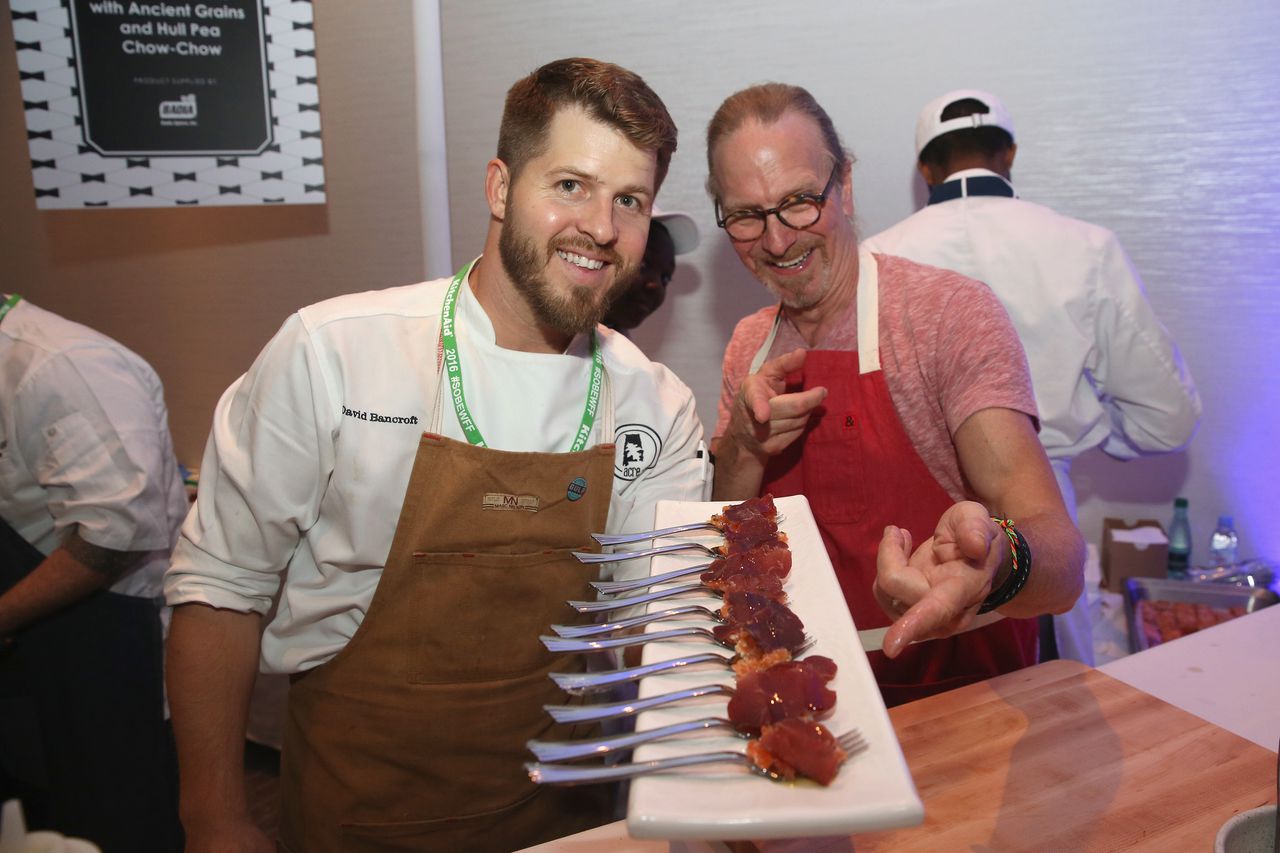 Bancroft, the founder of Acre restaurant and Bow & Arrow barbecue, will try to out-grill Flay, the Food Network celebrity, on the 9 p.m. program.

Here’s a synopsis of the episode, titled “The Grill Fits the Bill”:

“Food Network’s Marc Murphy and chef Anne Burrell want to rake Bobby Flay over the coals. They’ll have help from two grill masters, chef David Bancroft and BBQ champion Susie Bulloch, as they show no chill trying to grill Bobby. … The action starts with two talented cooks going head to head in a culinary battle, and the winner proceeds to round two for the ultimate food face off against the famed chef.”

Bancroft is no stranger to the Food Network. In 2017, he competed with a team from Acre on “Iron Chef Showdown,” winning a match against celebrity chef and restaurateur Jose Garces. Two of Bancroft’s proteges have competed on Food Network shows, as well.

In 2018, Caleb Fisher, executive chef and pit master of Bow & Arrow, competed on “Spring Baking Championship.” Fischer made the final three, but the win went to another contestant, Nacho Aguirre.

Jeffrey Compton, chef de cuisine at Acre, recently placed third in “Vegas Chef Prizefight,” a series that asked contestants to compete for the head chef position at a new restaurant at the Flamingo hotel on the Las Vegas strip. Lamar Moore, a chef from Chicago, got the job.

Sputtering restaurant sales, obstacles to adoption, xenophobia: All the unexpected ways the coronavirus has impacted the world – CNN