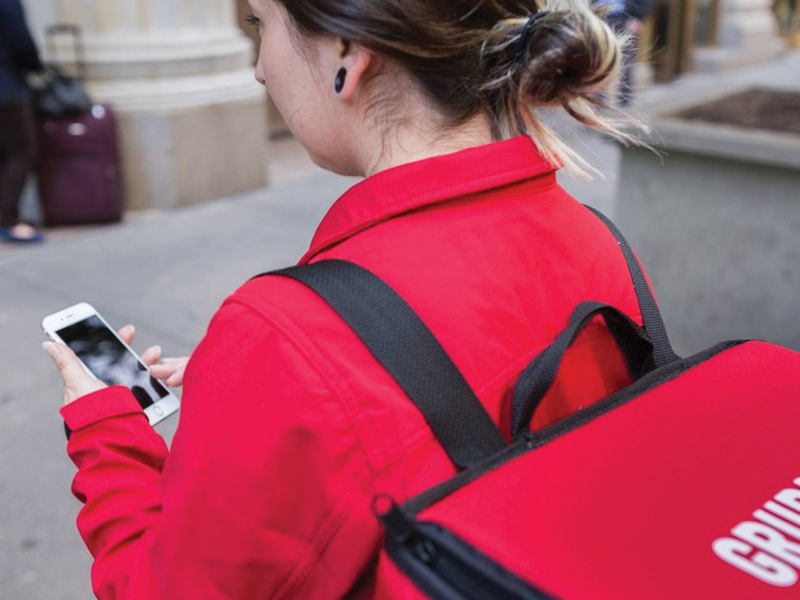 A Chicago alderman is proposing an ordinance that would limit the fees charged to restaurants by Grubhub and other online-delivery and-ordering services to 5 percent.

The ordinance, introduced by Ald. Scott Waguespack, is more strict than an emergency order issued by San Francisco Mayor London Breed that limited fees to 15 percent.

The Chicago ordinance would be automatically repealed Jan. 1.

The fees charged to restaurants for online delivery, plus commissions paid for being listed on platforms such as DoorDash or Grubhub, run 25 to 30 percent of the bill.

The ordinance, which could be introduced at tomorrow’s City Council meeting, also would require that all of the delivery fees paid by customers go directly to delivery drivers. It would fine violators to $1,500 to $3,000.

The Illinois Restaurant Association said last week that it had asked Mayor Lori Lightfoot to consider implementing a cap via an emergency order, similar to what the San Francisco mayor did.

Grubhub and other delivery companies have come under fire for more than a year from restaurants who say the companies are taking too much of their revenue. The New York City Council took up the cause and was considering a law capping commissions at 10 percent before the coronavirus hit, devastating the restaurant industry.

Grubhub declined to comment. The company opposed the San Francisco cap, arguing that it would increase costs to diners, which would result in fewer orders, hurting restaurants.

The impact of the coronavirus could provide additional momentum to such policies. But regulating business-to-business fees is an unusual step that could prove tricky. “I’d love for rates to be as low as possible. But how do you decide what the right rate is?” said R.J. Melman, president of Lettuce Entertain You, a Chicago-based restaurant group, which partnered with Grubhub on a virtual restaurant concept. “If you set it too low, delivery companies will either stop delivering or find another way to charge for it.”

FAQ: What CT’s new restaurant rules mean for you – CTPost