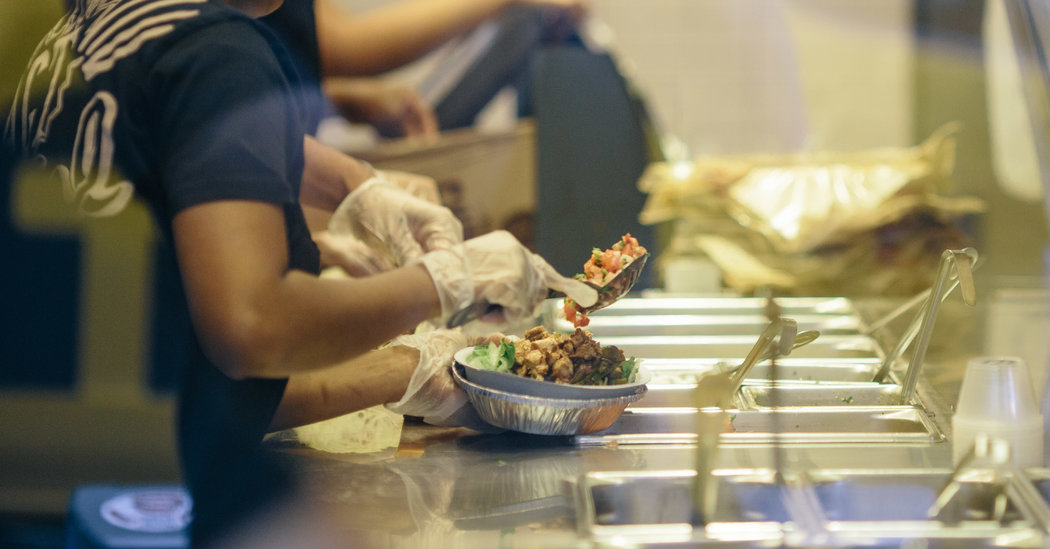 The fine was the largest ever imposed in a food safety case, the Justice Department said in a statement.

Chipotle, which is based in Newport Beach, Calif., was charged with two counts of violating the Federal Food, Drug, and Cosmetic Act by “adulterating food while held for sale after shipment in interstate commerce,” prosecutors said.

In addition to the record sum, the agreement allows the company to avoid conviction “if it complies with an improved food safety program,” the Justice Department said.

“This case highlights why it is important for restaurants and members of the food services industry to ensure that managers and employees consistently follow food safety policies,” said Assistant Attorney General Jody Hunt of the Justice Department’s civil division. “The Department of Justice will vigorously enforce food safety laws in order to protect public health.”

Nick Hanna, U.S. attorney for the Central District of California, said in a statement that Chipotle failed to “ensure that its employees both understood and complied with its food safety protocols, resulting in hundreds of customers across the country getting sick.”

“Today’s steep penalty, coupled with the tens of millions of dollars Chipotle already has spent to upgrade its food safety program since 2015, should result in greater protections for Chipotle customers,” Mr. Hanna said.

He added that it would “remind others in the industry to review and improve their own health and safety practices.”

Prosecutors said that the charges in the case “stem in part from incidents related to outbreaks of norovirus,” which spreads easily and can cause diarrhea, vomiting, nausea and stomach pain.

In the agreement, the company admitted to being connected to at least five food-borne illness outbreaks between 2015 and 2018 at restaurants in Virginia, Ohio, Boston and the Los Angeles area. The outbreaks were primarily the result of employees failing to follow food safety protocols.

The fast food company also admitted that employees reported feeling pressured to work while they were sick, prosecutors said, “even though that was against Chipotle’s sick-exclusion policies.”

A December 2015 norovirus outbreak in Boston that sickened 141 people was probably “the result of an ill apprentice manager who was ordered to continue working in violation of company policy after vomiting in the restaurant,” prosecutors said.

The company said in a statement that since 2015, it has “introduced specific food safety policies and procedures to enhance its existing practices based upon a farm-to-fork safety and quality review of each ingredient.”

“This settlement represents an acknowledgment of how seriously Chipotle takes food safety every day and is an opportunity to definitively turn the page on past events and focus on serving our customers real food made with real ingredients that they can enjoy with confidence,” Brian Niccol, chairman and chief executive of Chipotle Mexican Grill, said in the statement.

The company said that after the events of 2015, it implemented new protocols to strengthen food safety and created “an independent Food Safety Advisory Council comprised of highly experienced food safety professionals who are independent food safety experts to provide ongoing guidance on best practices to ensure that food served in its restaurants is safe.”

Prosecutors took into account “a substantial amount of money they have spent and policy and practice improvements” that Chipotle implemented after 2015, said Thom Mrozek, a spokesman for the U.S. attorney’s office for the Central District of California.

Out to Lunch with Tori: Enjoy Bakery – Midland Daily News

Brown Sugar Bakery Faces $20,000 In Repairs After Hit-And-Run Driver Plows Into Building — But Owner Is Getting Support – Block Club Chicago