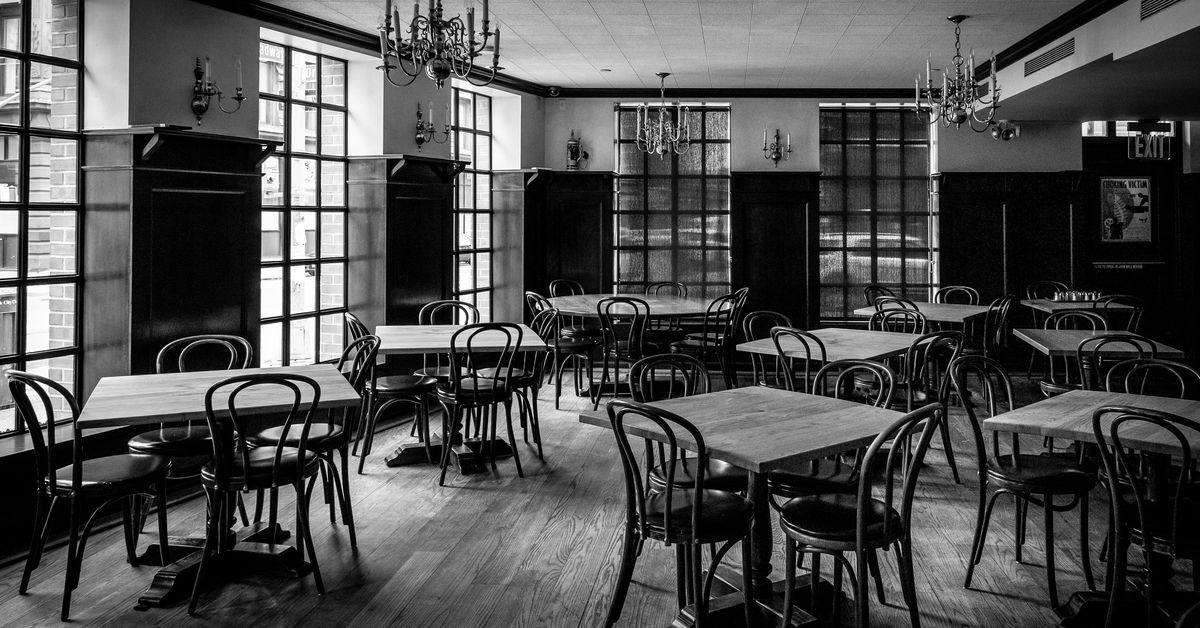 The City Council introduced a sweeping set of legislation on Wednesday to manage the coronavirus pandemic, and if passed, many of the bills would introduce new safeguards for restaurant and bar owners, other small businesses, and workers in the city.

Chief among the protections are a pause on evictions for commercial and residential tenants that would remain in place through April 2021, a suspension on sidewalk licenses for restaurants doing outdoor seating, and additional pay for grocery store workers.

The restaurant industry has been reeling from the COVID-19 crisis since the state-mandated shutdown on dining in went into effect on March 16. In New York state, the food industry is expected to lose $3.6 billion in sales in April, and more than 527,000 restaurant workers have lost their jobs or been furloughed, according to a recent survey by New York State Restaurant Association.

So far, federal aid has reportedly gone to large chains like Ruth’s Chris Steakhouse, Potbelly, and Shake Shack — which eventually returned the money — while several smaller restaurants are still waiting to receive their loans.

City Council legislation is a welcome boost to the restaurant industry in NYC, according to representatives from organizations like the NYC Hospitality Alliance — though it will far from fix the problem. As the council itself notes, this is a stopgap measure until the federal government offers more aid. The bills are being heard in the first-ever remote meeting for the City Council today and will continue to discussed for the next couple of weeks before they move forward in the council.

Here are the various provisions for the food industry in the new city council legislation:

While there’s currently a state-wide moratorium on evictions it only lasts until June, and restaurant owners are concerned they won’t be able to make rent with the massive drop in sales. The legislation sponsored by City Council Speaker Corey Johnson would pause evictions and debt collection until April 2021, allowing New Yorkers a little more time get back on their feet. It’s not yet clear when that will happen though — one reports suggests the city could start reopening in June, but another study says the wait for normalcy could be much longer. The council is also considering imposing fines of anywhere between $10,000 to $50,000 for landlords that harass commercial tenants for rent collection.

With growing calls for hazard pay for front line workers including grocery store staffers, the council is considering legislation that may bring some more dollars to certain grocery store workers. A bill put forward by Johnson and council member Laurie Cumbo will ask employers with more than 100 employees to pay hourly workers $30 for shifts under four hours, $60 for shifts that go between four and eight hours, and $75 for shifts that last longer than that. It’s not yet clear if the employee count refers to the number of employees in one single location or overall, and the additional pay requirement would be lifted once the restrictions on public life are removed or eased.

Restaurants that have outdoor seating on NYC sidewalks have to pay thousands of dollars in licensing fees. Legislation introduced by council member Andrew Cohen will suspend the annual licensing fee in order to give back some extra cash to restaurants and bars right now. The legislation would waive all fees through the end of this year and would require that the city return the fees that have already been collected so far.

Dine in the sun: Here are the Buffalo-area restaurant patios reopening – Buffalo News