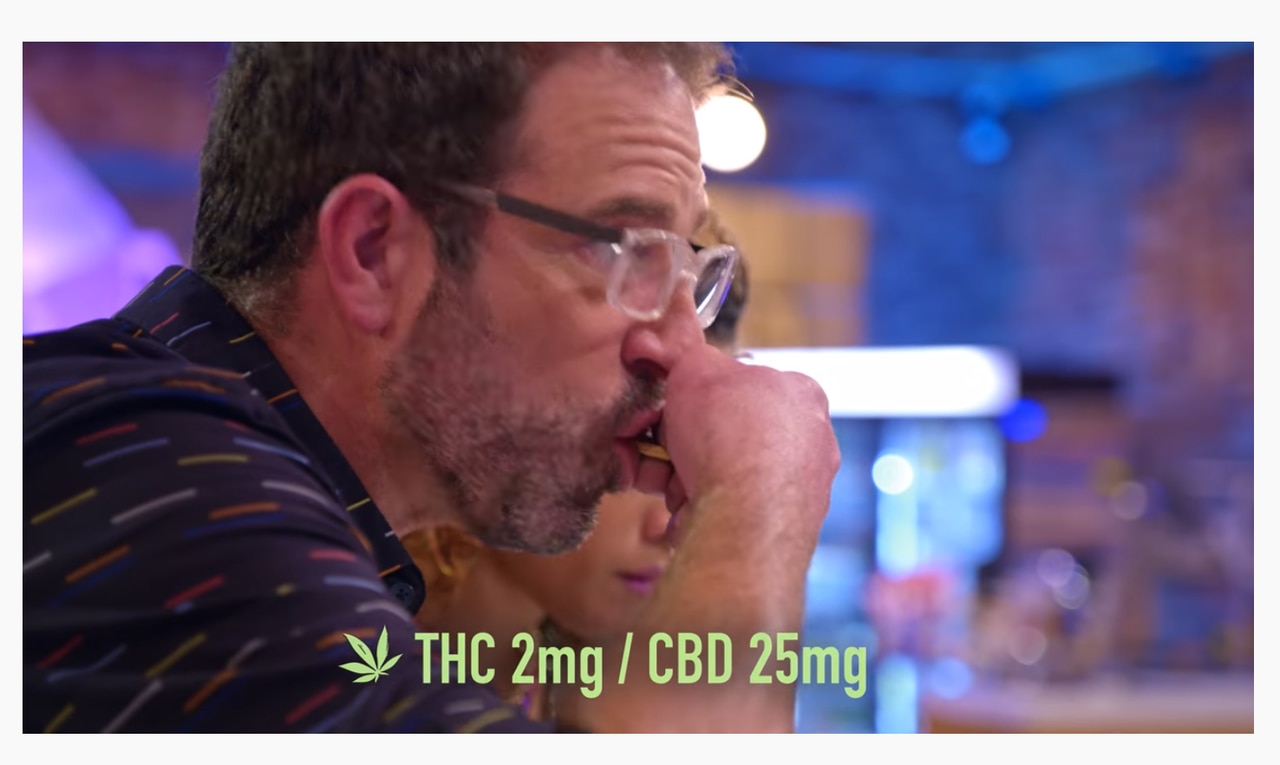 Portland chefs turn up fairly regularly on TV cooking shows, whether they’re competing on “Top Chef” or showing off tasty treats on Guy Fieri’s “Diners, Drive-Ins and Dives.” But as judges in cooking shows devoted to using weed? That makes Leather Storrs, who made his name locally as the chef at Noble Rot restaurant, a bit unusual.

The new Netflix series, “Cooked With Cannabis” isn’t the first TV show to feature week-inspired cuisine. In fact, it’s the latest in a sort of mini-trend. To its credit, “Cooked With Cannabis” goes light on the stoner-with-the-munchies humor, and instead focuses on the ways that trained chefs — who also have an interest in weed — use THC infusions or CBD powders to add flavor and dimension to their dishes.

Storrs, who has in recent years been pursuing a passion for cooking with cannabis, co-hosts “Cooked With Cannabis” with Kelis, who describes herself as a “singer, trained chef and cannabis queen.” In each episode, three chefs are challenged to prepare a three-course meal that incorporates and spotlights weed-fueled ingredients. The winner of the episode takes home $10,000 in prize money.

In addition to Kelis (who music fans will remember for her hit, “Milkshake”), and Storrs, “Cooked With Cannabis” each episode also includes guests who dig into the food and get progressively more high as the meal goes on.

In the first episode, for example, Ricki Lake shows off her apparent enthusiasm by recalling, her “last edible overdose experience,” where, as she says, “I had to be carried out of a restaurant.”

“Ricki, why?”, Mary Lynn Rakskub, the actress and comedian who’s also a guest, responds with mild alarm. “Why are you saying that?”

Storrs pays particular attention to how many milligrams of THC — which will make you high, as opposed to CBD — are included in the chef’s creations, and notes how careful the chefs are about giving diners a buzz.

The six episodes, all about a half-hour, each include a theme, such as grilling, “Global Eats,” wedding party fare, holiday dishes, and so on. The chefs use their imaginations to incorporate, for example, THC-infused olive oil, cannabis leaves, CBD-infused honey, or a weed-infused butter that, as Storrs says, “has that real funky, skunky character.”

Depending on your perspective, that may make you think, “Hey, that sounds great,” or “Never in a million years would I eat that.”

Though there’s good-natured goofing around from the celebrity guests (some more famous than others) and the big-voiced Storrs — who at one point brings out a fire extinguisher as the room fills up with smoke — “Cooked With Cannabis” doesn’t treat what the chefs are doing as a joke. So, if you’re wondering what to watch before the next episode of “Top Chef” comes on, you could do worse than getting a taste of “Cooked With Cannabis.”

Six episodes of “Cooked With Cannabis” are available to stream on Netflix.