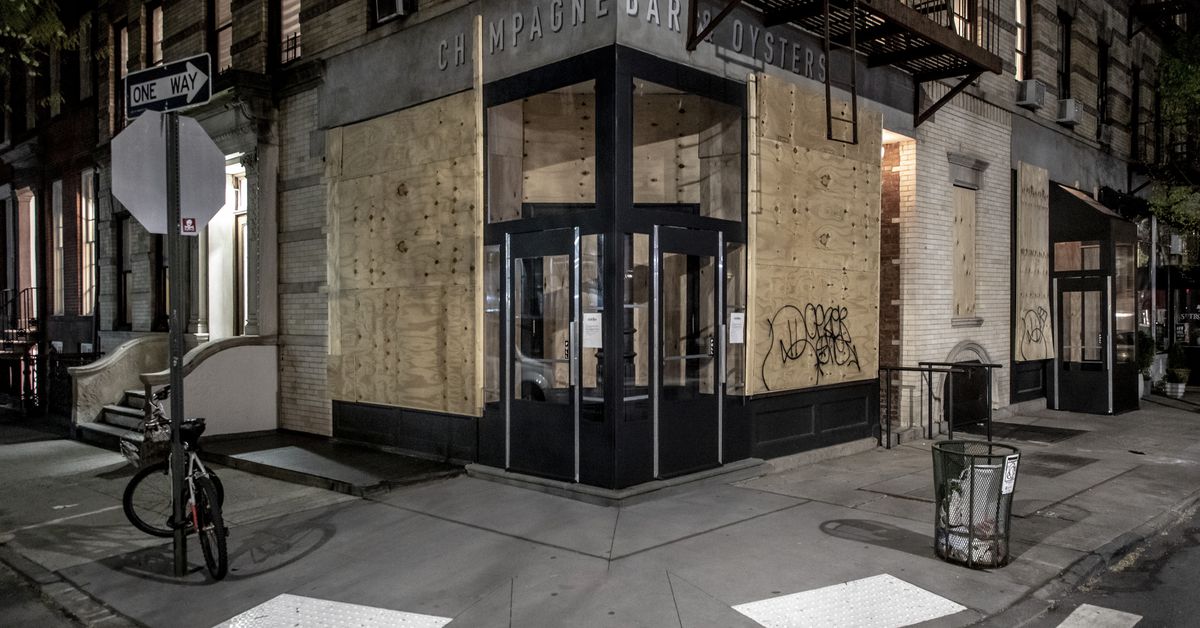 New numbers are out from the New York State Restaurant Association about the impact of coronavirus on the city’s restaurant workers and staff. In a survey of 550 restaurant operators, the statewide organization found that the economic downturn in New York continues to outpace national averages. As of April 16, when the survey concluded, roughly 93 percent of New York’s restaurant owners had laid off or furloughed staff due to the coronavirus outbreak, according to the organization. Of the roughly 660,000 employees that make up the state’s restaurant workforce, more than 80 percent are out of work right now, compared to 66 percent nationally.

The economic downturn from coronavirus has brought the nation to a halt, and the impact on New York has been particularly staggering. The food service industry alone is projected to lose a staggering $3.6 billion in sales this month, according to the survey. In New York City, several of its approximately 25,000 restaurants have temporarily closed and boarded up their windows and formerly bustling neighborhoods like Chinatown have a much smaller group of food vendors and stores that are still open. Already, close to four percent of New York restaurants have permanently closed as a result of the downturn, the survey says, with another seven percent expected to close in the next 30 days.

For restaurants that have temporarily closed as a result of the shutdown, slight relief may come as early as June, when one study predicts that the state may be able to begin lifting some coronavirus measures. Without drastic state and federal intervention in the meantime, however, full economic recovery for New York’s restaurants could take years.

— A new GoFundMe fundraiser called EATs for EMTs is partnering with local restaurants, most recently Shake Shack, to provide free lunches for emergency medical staff. The fundraising campaign has already raised over $18,000 with a goal to feed all 4000 of the city’s EMTs.

— Shark Tank-backed avocado restaurant Avocaderia has launched a grocery delivery service called Friendly Bodega, which can bring flour, face masks, and gloves to households in Manhattan, Brooklyn, Queens, and the Bronx. All of the company’s April profits will be donated to the National Restaurant Association Educational Foundation.

— Several NYC chefs will be auctioning off 30 minutes of their time in an effort to raise awareness and funds for immigrant workers in NYC restaurants, a spokesperson for the #AskChefsAnything event says. Proceeds from the April 29 event will provide provide groceries for 250 vulnerable households living in the Mercy Community Center in the Bronx.

— Two Boots Pizza will be reopening all of its Manhattan locations this afternoon, according to an announcement on the pizzeria’s website. For now, the restaurant will be open from 4 p.m. until 9 p.m. on Monday through Thursday and will stay open an hour later on Fridays and Saturdays. Order at twoboots.com.

— Contrair, the delivery-only concept restaurant from the Michelin-starred Contra and Wildair teams, is now delivering to Brooklyn, according to an announcement on the restaurant’s website. Email [email protected] or call (212)-466-4633 to order.

— An ode to when going to the grocery store didn’t feel like suiting up for battle.

From Goli Bhaje To Dhuska, 9 Lesser-Known Street Foods You Must Try – NDTV Food