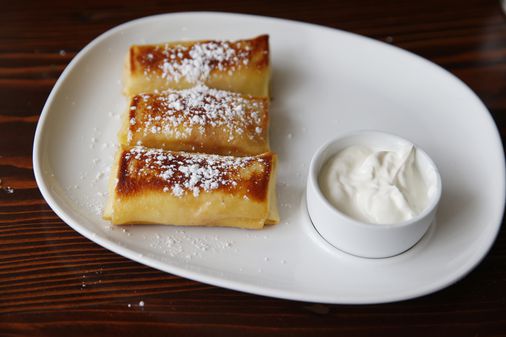 The local proposals follow an order by San Francisco Mayor London N. Breed earlier this month that capped third-party food delivery services from charging no more than a 15 percent commission; officials in New York City are also considering a cap on those services as a result of the pandemic. In Boston, City Councilor Ed Flynn has said he plans to introduce a bill to cap the cost of those commissions.

In Cambridge, City Councilor Patricia Nolan seeks a 10 percent cap on commissions while the stay-at-home order remains in force in Massachusetts. Many restaurants employ lower-wage workers, are vital to local communities, and are a fundamental part of the economy, she said.

Restaurants “cannot survive if they cannot cover their costs,” Nolan said. “This has become an issue because restaurants are struggling right now.”

Bob Luz, the president and CEO of the Massachusetts Restaurant Association, said in an e-mail to the Globe that he is urging delivery companies “to do their part” in trying to help everyone through this crisis.

“Restaurants are hanging on by a thread, and a takeout & delivery only business model is a lifeline that allows them to keep the lights on, a skeleton crew employed, but it is by no means profitable,” Luz said. “By doing their part to help, it is giving these neighborhood restaurants a slightly better chance to get to the other side, and hence therefore be able to continue doing business together in better times.”

Restaurants in Massachusetts can remain open during the pandemic and serve customers only by offering take-out and delivery options. For eateries that use delivery services, however, commissions on food deliveries can eat into th restaurant’s bottom line — meaning customers’ money goes to a third-party, rather than a local restaurant, Albright said.

In Newton, Albright’s proposal, which has the support of about a dozen of her colleagues, is a resolution calling on Mayor Ruthanne Fuller to find a way of restricting those commissions to 10 percent of an order’s purchase price while residents are told to stay home.

“Just raising the subject, raising the awareness, will be a good thing,” Albright said. “People will understand they are giving away 30 percent of their money to delivery services.”

Fuller “is supportive of the many restaurants in Newton and will understand the legalities of the measure’s proposed by the Honorable City Council,” according to a statement from city spokeswoman Ellen Ishkanian.

“We look forward to discussing with the City Council what the opportunities are and the legalities involved,” Ishkanian said.

Albright is hoping to approve the resolution, along with a separate proposal to create an emergency rental assistance fund, during a City Council meeting next month, she said.

“We’re trying to get this to happen, we wouldn’t want the restaurants to go under,” Albright said.

Artur Andronic, the general manager of Moldova in Nonantum, said they were among the first supporters of Albright’s legislation. His restaurant has continued operating during the pandemic with take-out and delivery orders, but he criticized the size of commissions he is charged by the delivery service Grubhub.

“We do most of the work, we prepare the food, and all they have to do is deliver it from point A to point B,” Andronic said. “And they take 30 to 40 percent commissions in some cases.”

He said in order to be visible to customers, Moldova offers deliveries through delivery companies like Grubhub. Once he has a customer’s business, he’ll encourage them to place future orders directly through Moldova’s website, rather than a third-party service that charges fees, he said.

So far during the coronavirus pandemic, the number of delivery orders has surged, but the commissions charged by Grubhub is taking too much of the restaurant’s income, he said.

Grubhub did not respond to a request for comment.

“The amount of money that is not coming to us is frustrating, knowing how much we work; we take all the risk,” Andronic said. “It’s hard to be a business owner, find a way to stay open, and have a third-party vendor that takes more than ever.”

John Hilliard can be reached at [email protected]

After Competing On The World Stage, South Side Chef Returns To Take The Reins At West Loop’s Eleven Eleven – Block Club Chicago