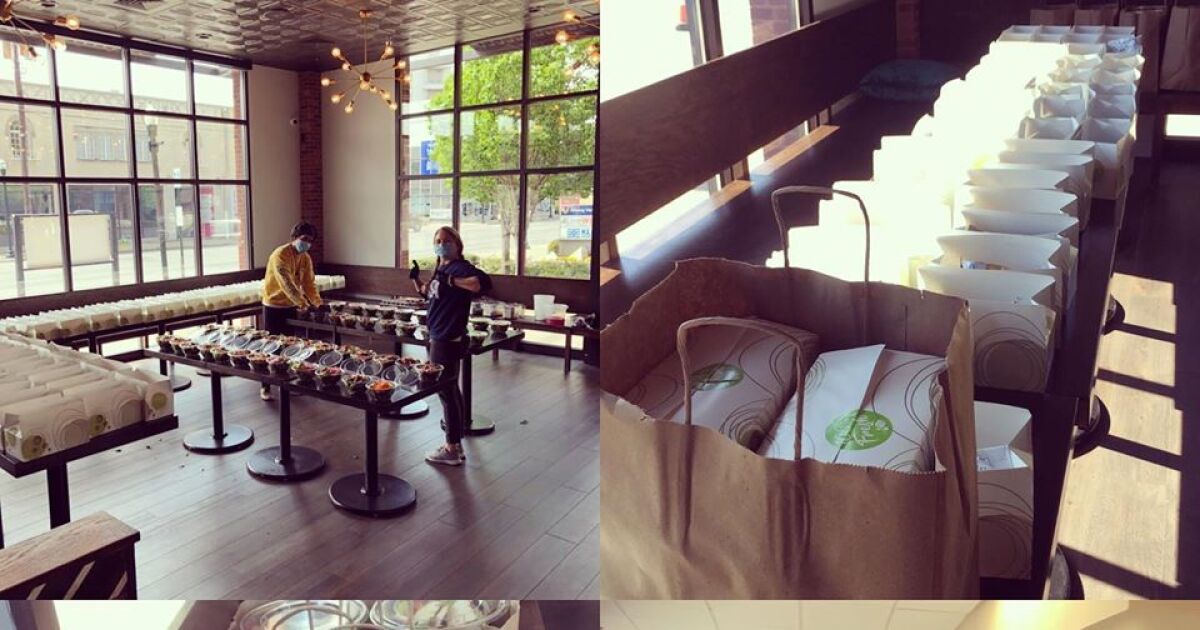 LEXINGTON, Ky. (LEX18) — It is no secret that restaurants have been particularly hard hit by the shutdowns caused by the coronavirus. Business owners have been hard pressed to pay their bills and employees at the same time. However, one Lexington restaurant has figured out a way to not only help themselves but other restaurants as well, all while feeding people in need.

When the restaurants were forced to shut down, East End Tap and Table on Main Street had only been open for a few months.

“You’re already pushing it, and for this to happen… it’s crazy, ” said owner Betsy Borland.

At the time, owners Betsy and Matt Borland said they were only doing about 10% of their sales in to-go orders and they had not yet developed an online ordering system, so the learning curve to adapt was especially steep.

“Probably the most difficult thing is not knowing what tomorrow is going to bring,” Matt Borland said.

Thanks to loyal customers and doing business through their built in walk-up window, they have been able to keep the lights on and keep most of their staff, so now they are switching their vision from not only helping themselves but helping others as well.

“We just kind of formed this idea of you know how do we get donations, pay our bills but then also involve other restaurants where we could purchase from them to give them some business, ” Betsy Borland explained.

That idea is called “East End Feeds.” Through donations the campaign has already provided 300 meals to The Well of Lexington and 900 meals to front-line workers at CHI St. Joseph Health.

The way it works: people donate. Once East End meets the threshold for how much they need to pay their bills, they take the rest of the donations and buy meals from other restaurants. Already they have purchased 100 meals from North Limestone restaurant Oscar Diggs. Those meals were then donated to The Well.

The Borlands said the more money donated, means the more mouths that are fed and hopefully the more restaurants they can involve in the campaign.

“Lexington is such a community that we are a part of now and it’s awesome, and I just want us all to stay in business if we can, ” Betsy Borland said.

For East End, they said it will still be crucial to their survival to receive assistance from the government, but this program is helping keep them afloat. It has become a way for them to make money and make a difference at the same time, trying to make sure everyone in their industry come out on the other side.

INFORMATION ON EAST END FEEDS:
$8 = feeds one
$32= feeds a family of 4
Or you can sponsor 200 meals that can be donated to a local non-profit or hospital

7 Restaurant Chain Bankruptcies That Shook the Industry in 2021 — Eat This Not That – Eat This, Not That