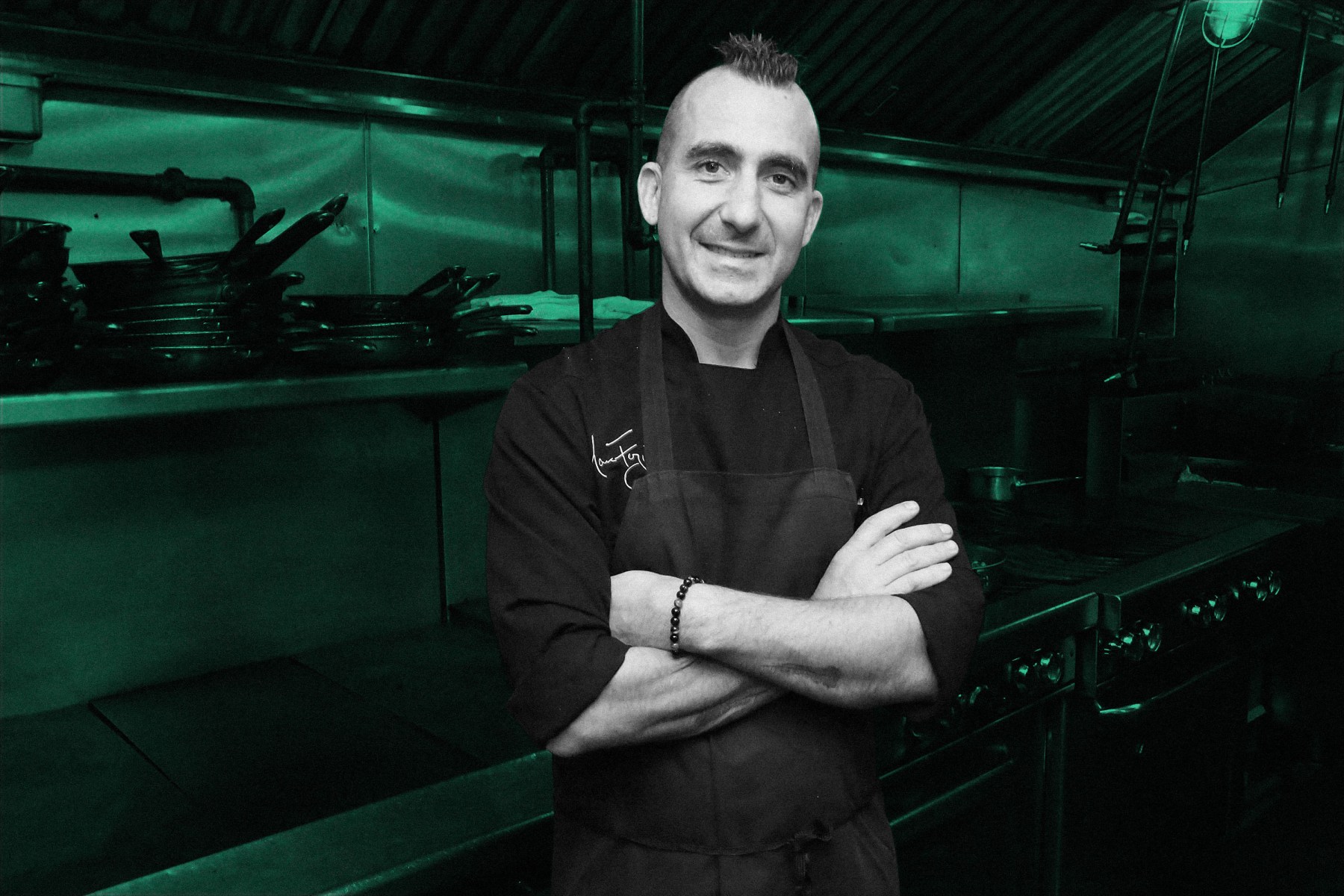 In honor of all of the restaurants we dearly miss and can’t wait to get back to, we’re asking some of the country’s most decorated chefs to tell us about the meals that will be at the top of their list when Stay at Home orders finally lift. This is First Meal Back.

Marc Forgione, the head chef and co-owner of Restaurant Marc Forgione in TriBeCa and head of Peasant in NoLita, began honing his skills in the kitchen at the age of 16 under the watchful of his father, Larry Forgione, at his dad’s restaurant An American Place.

Once the youngest winner of Food Network’s The Next Iron Chef (he was 31 at the time), Forgione is known for making classic American fare emboldened with strong flavors and light touches.

As part of our new series, First Meal Back, we caught up with Forgione to find out what he’s been cooking and eating during the lockdown, where he’s hoping to go once restrictions are lifted and how he’s feeling about the future.

InsideHook: Where are you most looking forward to having a meal again?

Marc Forgione: The first place I want to eat a meal is at my restaurant with my staff. I just want to have a family meal with everybody. The people that are getting hurt the most right now are the 80 percent of people who work in the restaurant business that are literally living paycheck to paycheck. It’s just tough. A lot of them have families too, so I just can’t wait to cook a meal and sit down at the table and eat with them. As a chef, that’s my life. You go to work every day and you don’t realize you basically have Thanksgiving dinner every day with 20 or 30 people. To not have that has been a hard pill to swallow.

Where are you most looking forward to getting a drink again?

I’d go across the street from my restaurant to the Reade Street Pub. I’ve been going there now for 12 years. I don’t drink the way I used to. I have a one-year-old now. But I’ve had many, many nights there. Once we’re allowed, I’ll probably go over there and keep it real simple and get a Bud Light bottle and a shot of Jameson.

What have you been cooking and eating at home?

I’ve been eating a lot of beans. I know it sounds weird, but when you make a pound of beans it lasts for a couple of days and then you can do other things to them. I got some heirloom beans from Union Square Market, four or five different kinds. I’ve also been doing virtual demonstrations to entertain businesses, so I’ve been making batches of 12 meatballs twice a week for the last three weeks, which is a lot of meatballs.

What constitutes the perfect meatball in your opinion?

I’m a believer in making sure that you use beef, pork and veal for the meatball. I think they all add a little bit of something. Veal keeps it tender, pork adds that delicious richness from the fat that’s in there and the beef just gives you that comforting, beefy flavor. They all help each other out. But I’m also not biased. I’ll eat a turkey meatball too, as long as there’s a little pork fat in there. To me, pork fat is the best fat.

What’s been your favorite item from your pantry?

When we heard this was all happening, I went to the restaurant and took a bunch of different things. Mangalitsa pigs are a breed from the Himalayas that was bred for royalty at one point. They have this gorgeous fat cap on them and we made gallons of rendered Mangalitsa fat and added garlic and herbs and all that kind of stuff. It doesn’t go bad, so I grabbed two or three quarts of it. I’ve been cooking with that instead of oil. You add a spoonful of this stuff and it’s just like a spoonful of flavor.

Is there a dish you’ve been craving that you haven’t been able to get?

I don’t have a proper pizza oven in my house. I recently took over Peasant, and I’ve just got really addicted to that smoky charcoal, wood-fired flavor. And I don’t have a charcoal grill or wood-burning oven here. I’ve been making pizza dough but it just doesn’t taste the same when it’s not cooked in a proper wood-burning oven like that. I’m really craving a really good pizza from Peasant.

How do you think the restaurant industry will change after COVID-19?

We as a society are going to have to figure out what the new normal is and what the new average rate per square foot is. For example, if they tell us we can open but you only have 50 people instead of 100, we can’t be expected to pay the same rent. It’s not necessarily just the landlord’s fault because they have to pay their bills too. The government’s going to have to figure out how we do this. That’s the thing that keeps me up at night. I just hope that I’m not the only one who is thinking about that. New York needed a big reset anyway. It was getting really crazy out there. Sometimes nature has a funny way of sorting stuff out when we can’t.

Are you optimistic New York City will be back to business as usual someday?

I know everybody out there is hurting and I know people are having good days and bad days, but we’re going to make it through this. What it’s going to look like when we do, nobody knows. In particular, in New York, just in my generation we’ve been through 9/11 and Sandy and the 2008 economic crisis. This is just another thing we’re going to have to face. During all those things I just mentioned, it hurt real bad while it was happening. But we came back and figured it out. I think we’re going to come back and we’re going to figure it out again.

Restaurants cry foul, say forced to shut at 7pm like shops though most biz happens after that – Times of India

Switching your food choices? Here’s how you can make your diet more sustainable, healthy or cheap without – Economic Times