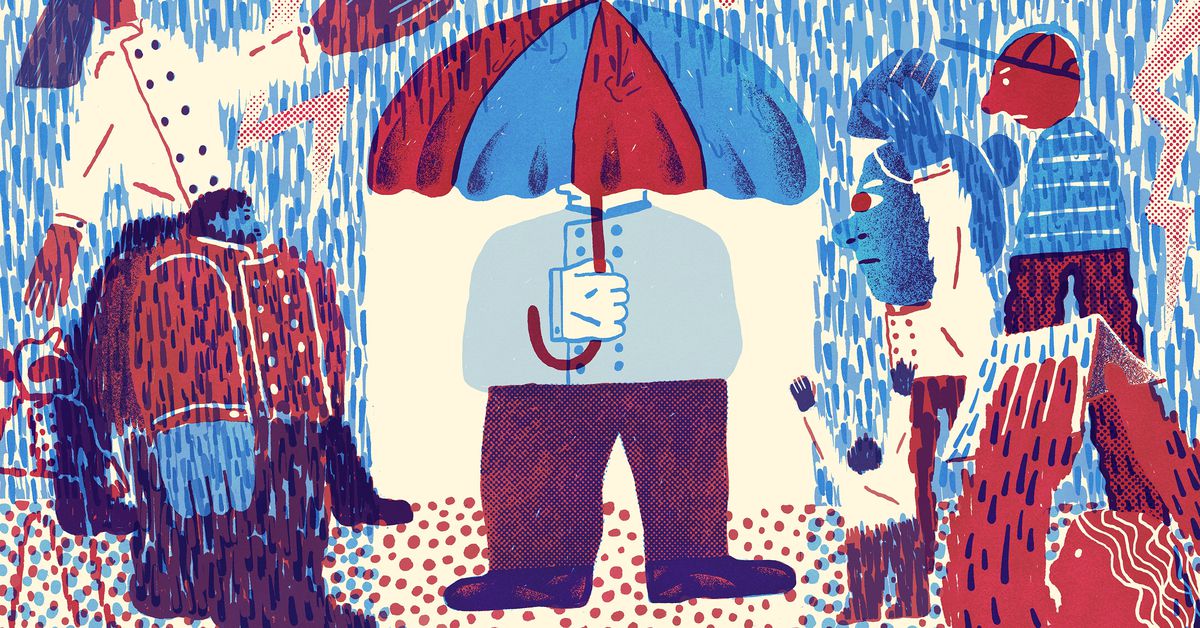 This is Eater Voices, where chefs, restaurateurs, writers, and industry insiders share their perspectives about the food world, tackling a range of topics through the lens of personal experience. First-time writer? Don’t worry, we’ll pair you with an editor to make sure your piece hits the mark. If you want to write an Eater Voices essay, please send us a couple paragraphs explaining what you want to write about and why you are the person to write it to [email protected].

As an amateur cook on my way to becoming a chef, I studied the world-renowned chefs credited with changing restaurant cuisine forever. I’ve read their cookbooks, been to their restaurants, and have even met a few. I’ve been drawn in by the creativity and innovation from chefs like Thomas Keller, Ferran Adrià, René Redzepi, and David Chang, who can transform a raw ingredient into a mindblowing and even iconic dish. But over the past month, I have hit my breaking point with being quiet about the actions, or rather lack of action, high-profile chefs and restaurateurs have taken during this global pandemic. Since the start of the coronavirus crisis, it’s become apparent that awards and accolades don’t translate into common sense and an understanding of optics. From what I’ve seen, it doesn’t seem these chefs can think beyond their own interests.

In a CNBC interview, Chang described this time first and foremost as “easily the hardest couple weeks of my life.” In a Yahoo Finance interview, Tom Colicchio said he thought that it was a bad idea for restaurants to be open for takeout, considering those restaurants would only be making $5,000 a night. He followed it up with, “But the restaurants are doing this because they’re struggling, I understand the intention, I had the same desire to make sure my staff is kept whole. But it’s just not a good thing to do right now.” These statements reek of privilege. Many chefs at this level have licensing deals with hotels, merchandise, luxury car brand deals, millionaire and/or billionaire investors, and cookbook deals. These owners have so many more assets and opportunities than their staff, but we’re led to believe that it’s a hard world for them right now, not their employees. While $5,000 might not be enough for Colicchio to shoulder the risk of opening for takeout, it’s the only option for so many restaurants, including my own, when closing could mean awful things for the staff.

I feel the need to continually reinvent the wheel to keep my staff employed, while the chefs I’m supposed to look up to as industry leaders are looking at their interests first. On April 15, Keller announced that he, Jean-Georges Vongerichten, Daniel Boulud, and Wolfgang Puck are the chosen men, among an entirely male and mostly white group, to join the White House’s Economic Council for Restaurants, one of the “economic revival industry groups” tasked with figuring out how we are going to come back from this. That same day the Small Business Administration announced that the first round of stimulus money had run out. While big-name chefs and restaurant groups positioned themselves to get the first handouts, small businesses without the attached names, accolades, or connections were left to fight it out for the last pennies. There isn’t a timeline for the next round. By then, hundreds if not thousands more restaurants will have closed.

Laid-off employees are struggling to figure things out while their former bosses are lauded as heroes.

For these big names with industry muscle, the first step should have been to lead the charge in taking care of their employees, not just by offering links to unemployment sites, but by making sure they didn’t stretch themselves so thin when they opened new restaurants every year and conducted $10 million renovations. They could have had a better plan than to use unemployment as a safety net for the employees who bent over backward to push their names and brands forward. They could have used their talents and funds to help organizations and people in need, whether it’s those who are food insecure, their unemployed staff, or anyone else who could use a little extra. Instead, even if they acknowledge feeling sad for the employees they’ve had to lay off, these chefs have elected to partner with the Trump administration and brands to do the absolute minimum for their communities.

Like many other restaurants, Eleven Madison Park launched fundraisers for its laid-off staff, including an auction and a donation account. But it’s an odd look considering concurrent news stories announcing it had received funds from a billion-dollar company. A few weeks after EMP closed, it was transformed into a community kitchen for the nonprofit Rethink, a transformation made possible by an undisclosed amount from American Express. Sure, that sounds great, but if American Express can get the EMP kitchen back up and running with this collaboration, then why can’t it pull out the limitless Black Card to also help the staff members who can’t pay their bills?

Laid-off employees are struggling to figure things out while their former bosses are lauded as heroes. Recently, Keller has led a fight to take on insurance companies for not allowing restaurants to use their business-interruption coverage. While admirable, that doesn’t really do anything to help the employees that the chef has laid off. There is no guarantee that money received from an insurance settlement will put a dishwasher in a better position to buy food or pay rent next week.

The optics of these industry-leading restaurants behaving this way gives me zero hope that they are the future of the industry, and yet these are the voices being tasked with bringing back restaurants. We need to hear from the people who are the actual beating heart of the restaurant industry — not from the few who have managed to amass millions and will continue to do so even as they lay off thousands of employees and their restaurants close. I want to hear more from small businesses and learn what they need to stay open. There are chefs who make amazing food who might not speak English or know how to navigate an Small Business Association loan process. There are people at small restaurants who are still working 12-hour-plus days, seven days a week, who don’t have time to navigate an application or collect paperwork or drive down to the bank while keeping a restaurant moving. There are undocumented employees who can’t even apply for unemployment, but are told they were the heart of the kitchen.

For years I have had to work to have a voice in this industry. I worked my way up from my first job at 15 as a busboy at a Black-Eyed Pea restaurant in Texas to owning my own restaurant, Addo in Seattle. My own small business, with nine employees, is continuing to fight on, despite having to compete with multi-unit operators with endless resources. And as a business owner, I have to compete with these same highly resourced chefs, who seem to be first in line for programs, whether it’s a Small Business Association loan or Paycheck Protection Program protections. I know I won’t be getting the help I need for my restaurant on a local, state, or federal level. The only help I can count on is from my staff and my guests. In the face of all of this we have been busier than ever, hired employees to keep up with demand, and even launched benefits for employees on April 1.

I’ve had people — older chefs and men — reach out to try to stop me from calling out chefs for putting their employees in such peril. Those who want to silence me are people who are okay with what’s been going on in this restaurant system for ages. I have been told how if it weren’t for these chefs, their restaurant suppliers would lose support, charities would go without millions, and so on. I can’t ignore the fact that when we are in a global pandemic, these highly respected chefs seem to be taking what they need in order to protect their brands. But they are not moving fast enough to adequately support their former employees.

There are people of all ages dying who won’t get to see what happens when restaurants do finally come back. So who really cares about what the well-regarded chef with a TV show to promote has to say about his vision for the future? These chefs will be fine and are well positioned to come back to their proper place in the spotlight. That’s how things will finally get back to normal — for them.

Eric Rivera is the chef and owner of Addo in Seattle. Vance Lump is an illustrator in the Pacific Northwest.