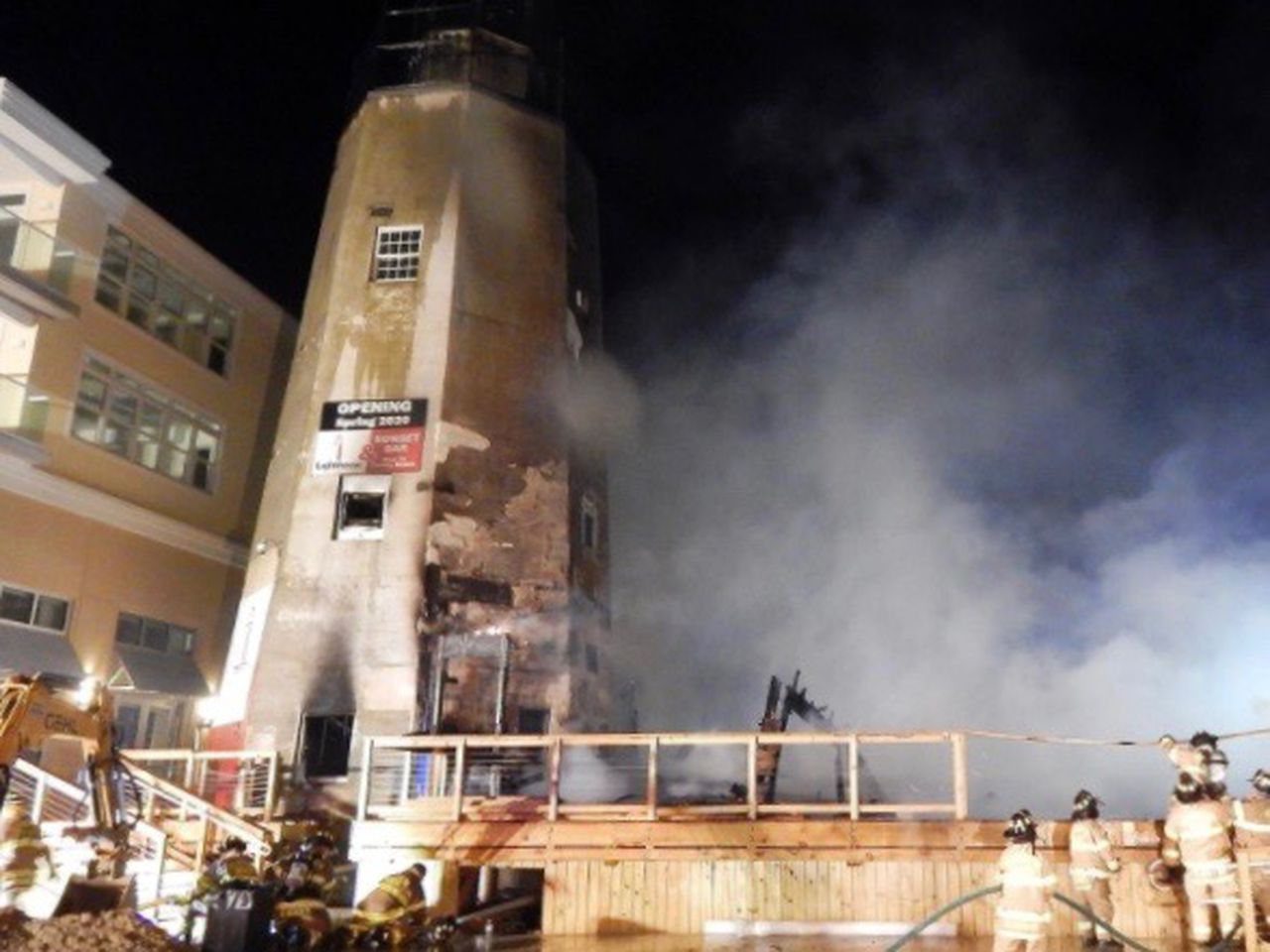 A fire Thursday night destroyed a restaurant at the Dewey Beach lighthouse in Delaware, according to several media reports.

The fire left the outside of the lighthouse charred, the Cape Gazette reports.

According to Delaware Online, firefighters were called to the Lighthouse Restaurant on Dickinson Street around 10 p.m. and found the burning building already collapsing.

The restaurant was being renovated, WMDT says, and was supposed to open this summer.

No Injuries were reported, and fire companies were on scene for more than three hours, according to the Rehoboth Beach fire company.

The state fire marshal’s office is investigating. A cause of the fire wasn’t immediately released.

Pictures and video from the scene show the engulfed building next to the lighthouse at the bayd:

The Lighthouse restaurant in Dewey Beach caught fire Thursday night. Witnesses tell us the structure has completely collapsed, and the actual lighthouse has burns on its exterior. Photo courtesy of Hunter Outten. pic.twitter.com/netSIfEhku

DEVELOPING: A fire broke out shortly before 10 p.m. Thursday night behind the Hyatt Place on the bay side where the newly done Lighthouse Cove is in Dewey Beach.https://t.co/WygRDOyLCm

In Tigray, food is often a weapon of war as famine looms – India Today