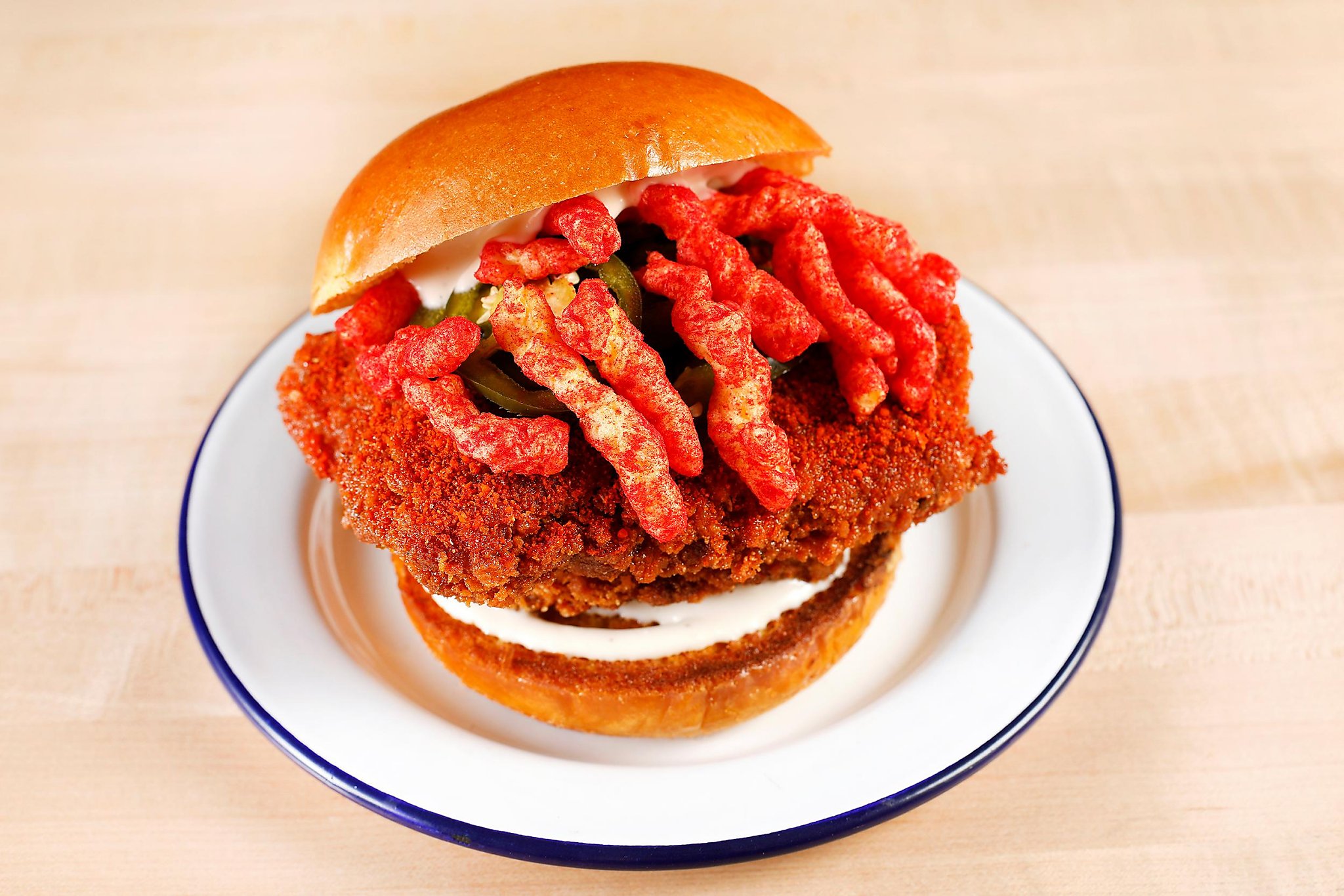 The new virtual restaurant — meaning a restaurant that doesn’t operate a dining room and only exists for delivery — is called Hetchy’s Hots, and it’ll serve five playful riffs on Nashville hot chicken sandwiches. Each will star a crispy chicken thigh rolled in chili oil and spices, plus some sort of pickle and a cool sauce, on a brioche bun. A gluten-free option will also be available when Hetchy’s Hots goes live April 27 via Caviar and Doordash. Square Pie Guys will continue to operate for takeout and delivery as usual.

Square Pie Guys owners Danny Stoller said Marc Schechter were interested in adding another restaurant long before the coronavirus hit. Starting with a delivery-only concept that they could operate within Square Pie Guys seemed smart, as did specializing in a dish that the cooks could build from the pizza shop’s existing pantry.

They looked through their spice mixes, like a taco spice mix for elote that topped pizza last summer.

“We thought, ‘Let’s put them on fried chicken.’ Turns out, that tastes pretty good,” Stoller said with a laugh.

The spice profile on each sandwich will vary: The namesake version is coated in Flamin’ Hot Cheetos dust, for example, while other sandwiches get an additional kick from Calabrian chile, Sichuan peppercorns and the aforementioned taco seasoning. Eventually, Stoller hopes to add sides of spiced fries, but for now it’s all about the sandwiches, which cost $12.50 to $13.50 with 3% of proceeds going to charities.

Hetchy’s Hots is not the first virtual restaurant to emerge from the coronavirus. The owners of upscale Oakland restaurant Homestead also recently launched the Humble Sandwich within Homestead, with hopes of keeping it going even when Homestead reopens.

Stoller has similar hopes for Hetchy’s, but it’ll depend on whether the restaurant gains a following in the coming months. Even though Square Pie Guys is a casual, counter-service spot, Stoller wants to make sure the pizza restaurant continues to provide a great experience for diners — whenever dine-in restaurants open again. It’s possible Hetchy’s would remain a virtual restaurant within Square Pie Guys, only accessible online.

Make the Best Coffee Cake of Your Life – The Takeout