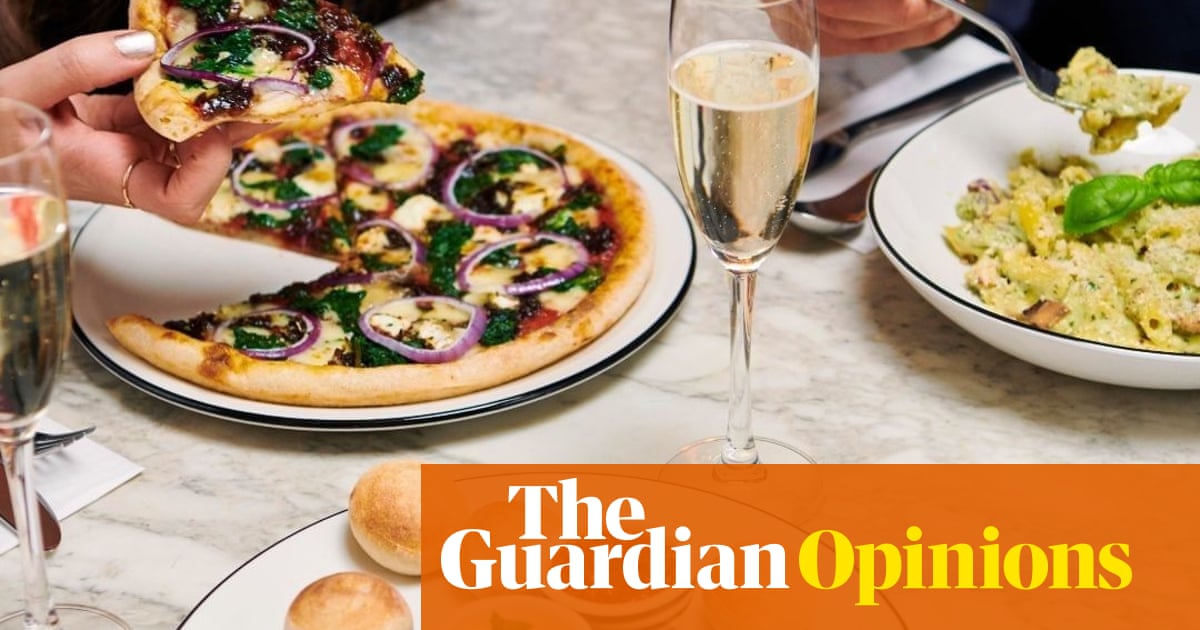 As I lingered, mask-free, by the pickles at Sainsbury’s, it struck me that risking my life is now easier. Five weeks in, and I am weary of worrying. I am news-saturated, knackered and listless. I wanted, in that moment, to shop freely. “Maybe I die, maybe I don’t,” I thought as I bought coleslaw raffishly. After five weeks in the house being obedient, a devil-may-careness has set in.

Perhaps I’ll be one of those people who die doing something they love, I wondered, which until recently was an epitaph reserved only for vagabonds, Wall of Death stunt riders, wingsuiters and those folk who are hell-bent on keeping 20ft saltwater crocodiles as pets. “We all told her Colin wasn’t her friend, but a 2,000lb opportunistic, hyper-carnivorous predator. But, hey, she died doing something she loved.”

But risking your life, from now on, will be different. We’re all going to have to get good and comfy with it; we cannot hide for ever. The findings on Covid-19 are hazy, and enough people already think: “Oh well, life must go on.” Industry is itching to get going. The new world, as far as I can see, seems to come with the sort of disclaimer you see at a dodgy fun fair: “All amusement is at the patron’s own risk.” If you want to drink Pimm’s in a sunny beer garden with friends, then off you should trot, if your nerve lets you. How about a beach picnic with – and I’m being quite bold here – a reckless game of Swingball? You’ll need a gang of fellow-minded nihilists and a strong sense of throwing caution to the wind. Summer fun will still be out there; there will be barbecues and maybe even the odd restaurant. But it will be followed by a new type of regret: the Covid-19 shame hangover. A tricky 10 days during which you’ll wonder whether that cough is down to your choice to smoke an ill-advised Embassy Red, or your choice to share a karaoke mic with five other super-spreaders. Did your night out actually kill you? Will your final public words be: “Guys, isn’t that ball pit, um, a risk?”

But I’m jumping the gun. Right now, it feels risky, to me at least, to use one of the 10 recently reopened branches of Pret A Manger, even if they do strictly follow the guidelines and offer a brief taste of pre-Covid humdrum. Oh, Pret … A jambon beurre and a peach green tea. A crayfish salad, a Love Bar and a disappointing coffee. Pret was a thing I did almost subliminally, often mainly for a few minutes of downtime, sat quietly alone in the middle of dozens of strangers, sharing tiny tables, breathing each others’ recycled air and scrolling mindlessly through our phones. I long to be mindless in public again.

But now Pret is back – very gently, sort of – as are some Nando’s, and soon KFC, too, all very importantly now observing the guidelines. Except they’re guidelines that no one important can really agree on. If you find the ones suggested on Sky News at midday too draconian, try the ones on the BBC at teatime, because they may be more affable. You can do this while making your own safety mask from an old T-shirt, the wearing of which in public is vitally important for safety, but also, apparently, futile and, if you think about it, might potentially increase your risk. Which is it? Who knows? No one, that’s who. Now eat your Zinger Tower and shut up.

As the world throws up many more questions than answers, I’ve found myself dreaming of Pizza Express dough balls. Not the food, as such, but all that it symbolises: friendship and silly, unplanned Fridays where everyone gets together at the last minute. I miss arriving at a busy table just as the first portion of dough balls is being delivered, getting slagged off (again) for being the one who is always late, and apologising (again) to Tom, who always gets there promptly. I miss bottles of warm red wine and four stories on the go at once as everyone fights to finish their opening anecdote, before giving up.

I miss so much talking and no one finishing any story ever. I miss sloppy, sub-standard pizzas and endless laughing and saying we don’t want pudding, then ordering some for sharing anyway. I miss standing outside in the street afterwards, tipsy, a little bit noisy, egging each other on to go to a pub, just for one, maybe more. And some people escaping, claiming they’re tired, but then hugging and kissing and goodbyes and even more laughing. If I go home and die two weeks later, at least I’ll have died doing something I loved.

‘Eat out to help out’: a forlorn dream for those struggling to feed a family – The Guardian