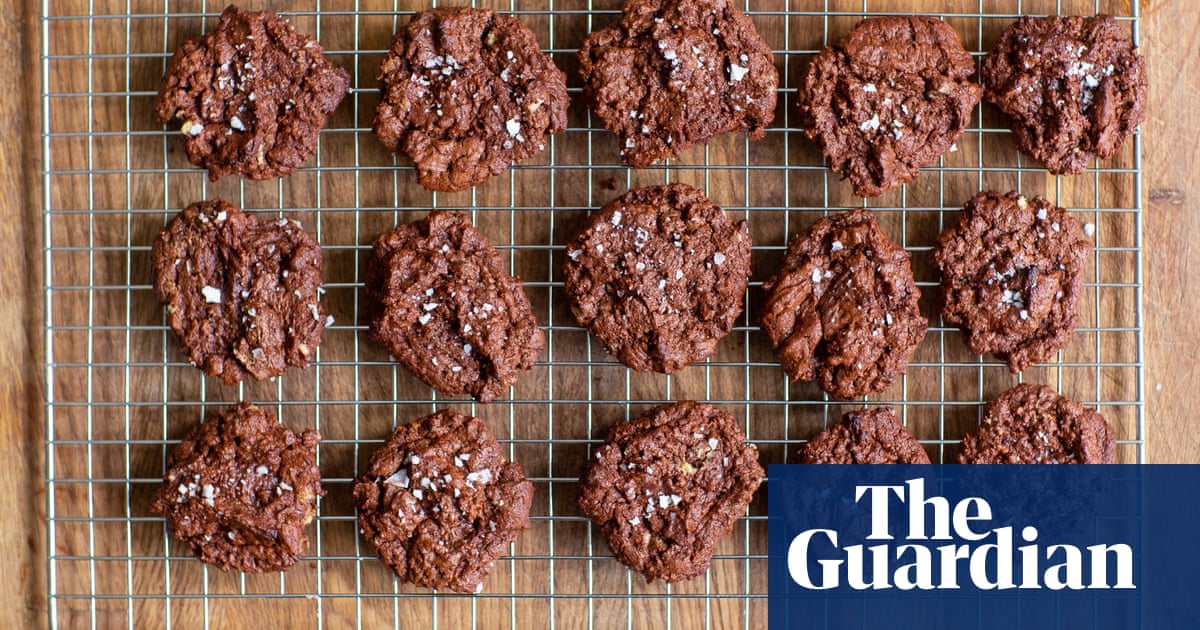 You’d be forgiven for having flax seeds, psyllium husks or chia seeds going stale at the back of the cupboard, just as you would for composting bruised fruit or pouring away aquafaba (bean water). But all these ingredients have one thing in common: they’re all great egg replacements, in everything from mayo to mousse, so don’t waste them and get baking.

Aquafaba Save the liquid from cooked chickpeas and other pulses to whip up meringues, make mousse, whisky sours, mayonnaise, buttercream and cakes. Use 65g bean water to replace one egg.

Flax seeds, psyllium husks and chia seeds To replace one egg, mix a tablespoon of ground flax, chia or psyllium husks with two and a half tablespoons of water and leave for 20 minutes to thicken; for cakes, add half a teaspoon of baking powder to lighten the texture. These work especially well for heavier pastries such as pancakes, brownies, muffins and cookies.

Everyone needs a good cookie recipe and these are my favourite: it’s my plant-based interpretation of Chad Robertson’s salted chocolate rye cookies from Tartine bakery in San Francisco, the home of modern sourdough. Dark chocolate and rye is a mighty combination that, when seasoned with salt, becomes deeply umami-rich and satisfying, even for the most avid chocoholic. Aquafaba replaces eggs and creates a nice chewy texture.

Melt the chocolate in a bowl set over a saucepan of simmering water, taking care the bowl doesn’t get too hot by removing it from the heat as necessary: chocolate melts at body temperature and may split if it’s overheated. Once melted, leave to cool a little.

Mix the flour, baking powder and salt in a bowl. In a separate bowl, use an electric whisk to mix the aquafaba and cream of tartar to soft peaks – about six minutes – then, still whisking, incorporate the sugar bit by bit. Stir in the melted chocolate and olive oil, then add the flour mixture until just combined. Refrigerate for 30 minutes, to set.

Heat the oven to 180C (160C fan)/350F/gas 4 and line two large baking trays with unbleached parchment paper. Put small tablespoons of the mixture 5cm apart on the trays, and top each with a sprinkling of salt flakes. Bake for eight minutes, until the cookies puff up, leave to cool for five minutes on the trays, then transfer to a wire rack to cool completely. Store in an airtight container.

How to make the most of a marrow – The Guardian