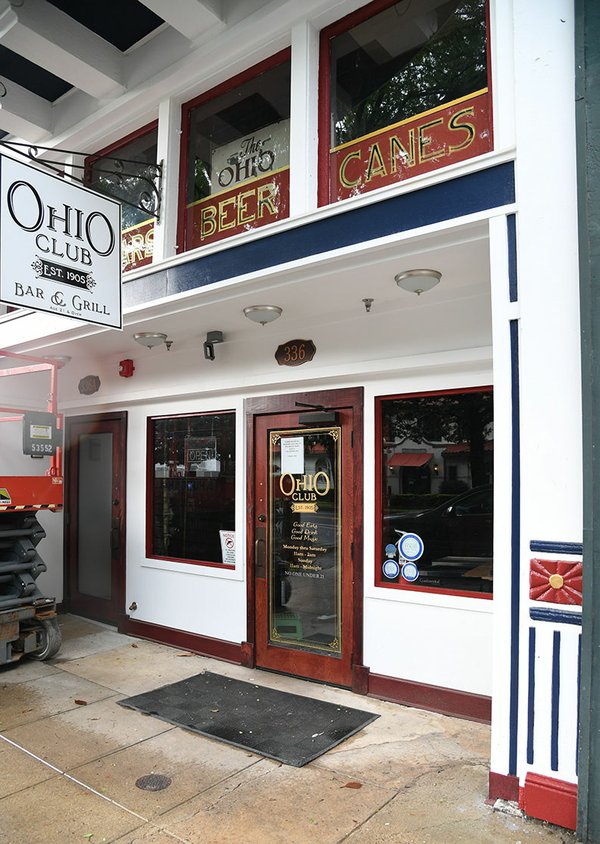 After competing in the 2019 World Food Championships as a sous chef, Michael Dampier, the “Burger Chef,” will return to the WFC in November to compete as a head chef.

To be eligible to compete at the WFC in Dallas, Dampier said chefs first have to win a regional competition and he qualified by winning the Arkansas Taste of America Challenge.

“I won the state of Arkansas. What that gets you is a golden ticket to Dallas to compete in the World Food Championships,” Dampier said.

The Taste of America Challenge is an online competition held in each state and Dampier, since he is known for cooking hamburgers, decided that was what he would submit. He said he could have cooked anything, but each submission had to include a list of specific ingredients. He described his award-winning hamburger as a “fried green tomato, pimento cheese, bacon burger.”

This was Dampier’s first time competing in the contest. He said he had intended to send in a submission last year, but forgot about it. It was also his first time to compete in an online contest. “It was different,” he said.

Dampier had to present a new and original recipe he had created and submit a photo of the finished dish. “They can Google it and see if it is” not original, Dampier said, noting the recipe had to be exact so the judges could use it to recreate the item in the photo.

Dampier said showmanship is still involved even though it was online, noting the photo of the hamburger had to have style and had to show each of the ingredients. He said he placed his burger on an Arkansas-shaped cutting board and placed apple blossoms, the state flower, around it.

The submissions were due in March and the results announced at 9 a.m. April 16. When he was announced as Arkansas’ winner, Dampier said he immediately received a call from Jean Paul Lavallee, who competed with him last year in the bacon category at the WFC.

“At 9:01 a.m., he was the first person to call and congratulate me,” Dampier said. He said Lavallee will once again go for the bacon championship in November while Dampier will change his focus to the hamburger category.

“Because I did a burger, they offered it to me,” Dampier said, adding that he would have picked that category anyway. “Burgers are my specialty. It’s time for me to challenge for the Burger World Championship,” he said.

At the world championship, Dampier said he will face 40 to 50 other chefs who will compete in two rounds that each last an hour. In one round they will make an original hamburger of their own creation and in the other they have to make a hamburger using specific ingredients.

After two rounds, the top 10 entrants will move on to round three. Last year, Lavallee and Dampier placed eighth overall in the bacon category. The winners of each category go on to face each other for the overall championship.

Dampier said he has to figure out what his two hamburgers will be and send in descriptions and recipes for both burgers before the competition. He said he is allowed to bring one or two people with him to work on his team, but he hasn’t decided yet who will be on his team, or how many people he will bring.

“I’m excited about going back as a full-fledged competitor,” Dampier said, noting he is going to be representing The Ohio Club, Hot Springs and Arkansas, and plans to wear those logos while he is cooking.

When he’s not competing, Dampier is the head chef at The Ohio Club, which has been closed due to COVID-19. Dampier said he has spent the last few weeks being creative in his own kitchen.

“When you’re in the daily run of life, you get caught up” with work, he said. Now, Dampier said, he can “think outside of the box” because he is able to “slow down and be creative.”

So far Dampier said he has come up with “a couple of new sandwiches and a couple of new burgers” he “hopes to add to the menu” when the restaurant reopens.