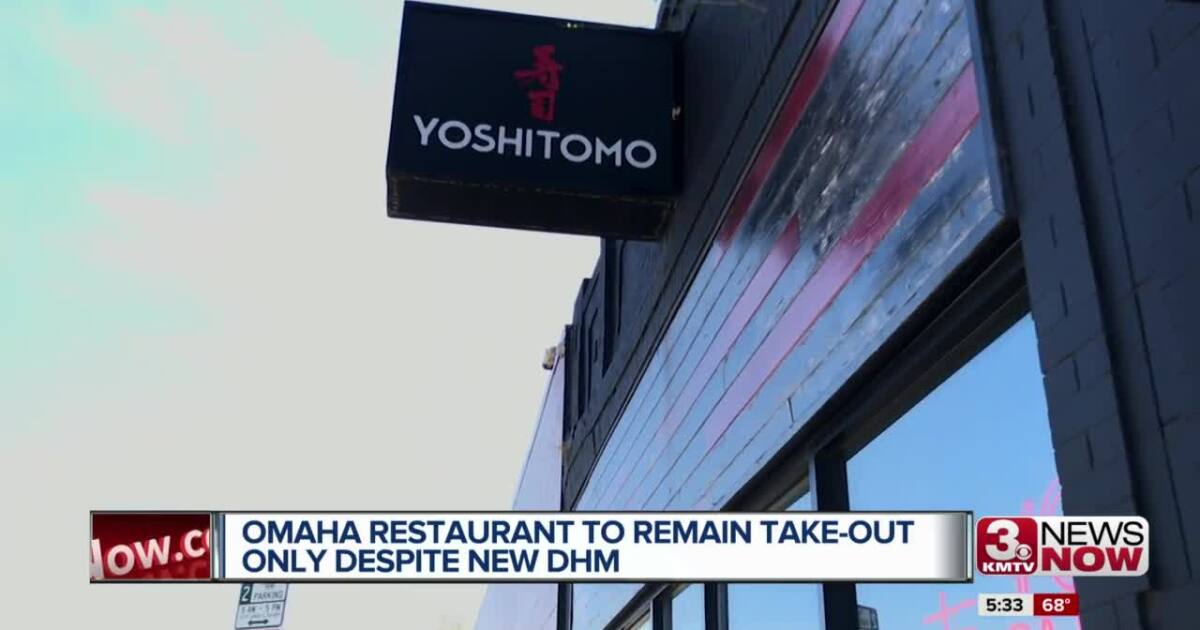 OMAHA, Neb. (KMTV) — Soon restaurants in Douglas, Sarpy and Cass counties will be allowed to re-open for dine in customers.

Many are eager to get back to their usual business, but some aren’t rushing to open things back up.

Like the thousands of establishments across the state, Yoshitomo sushi bar is feeling the impacts of COVID-19.

“For us take-out has been okay, although we’ve seen a huge drop in sales,” Owner and Chef of Yoshitomo David Utterback said.

“We’re going to allow restaurants to be able to open up in-dining up to 50 percent capacity of what they’re rated for,” Ricketts said.

He also there will be additional guidelines for the restaurants.

“In the guidelines it’ll have that all the staff has to be wearing masks so whether it’s kitchen staff, servers, cashiers and so forth, they’ll have to be masked so that will all be a part of the guidelines going forward,” Ricketts said.

“We initially wanted to (we made plans to). We were going to go reservation only but every single staff member we told that we were going to open up had this sort of like [uneasy feeling]. They were pretty hesitant about it,” he said.

Utterback says he also heard from guests who had similar concerns.

“The decision to continue to have our dining room closed was made, not for me and my bank account, it was made for my guests and my employees,” he said.

“Everyone’s got a different financial situation,” he said. “I get it, you know we want to open, this isn’t something we want to do. But with the government stimulus loan we can cover our labor for the next couple of weeks.”

He doesn’t have a timeline as to when Yoshitomo will reopen its dining room, but he’s hopeful take-out will continue to sustain them.

“We can continue like this for as long as we have the support to do so,” he said. “Don’t negatively judge. You know a business that’s deciding to open up, their financial situation can be quite dire.”

M&S now lets you send a cake in the post for lockdown birthdays – Metro.co.uk