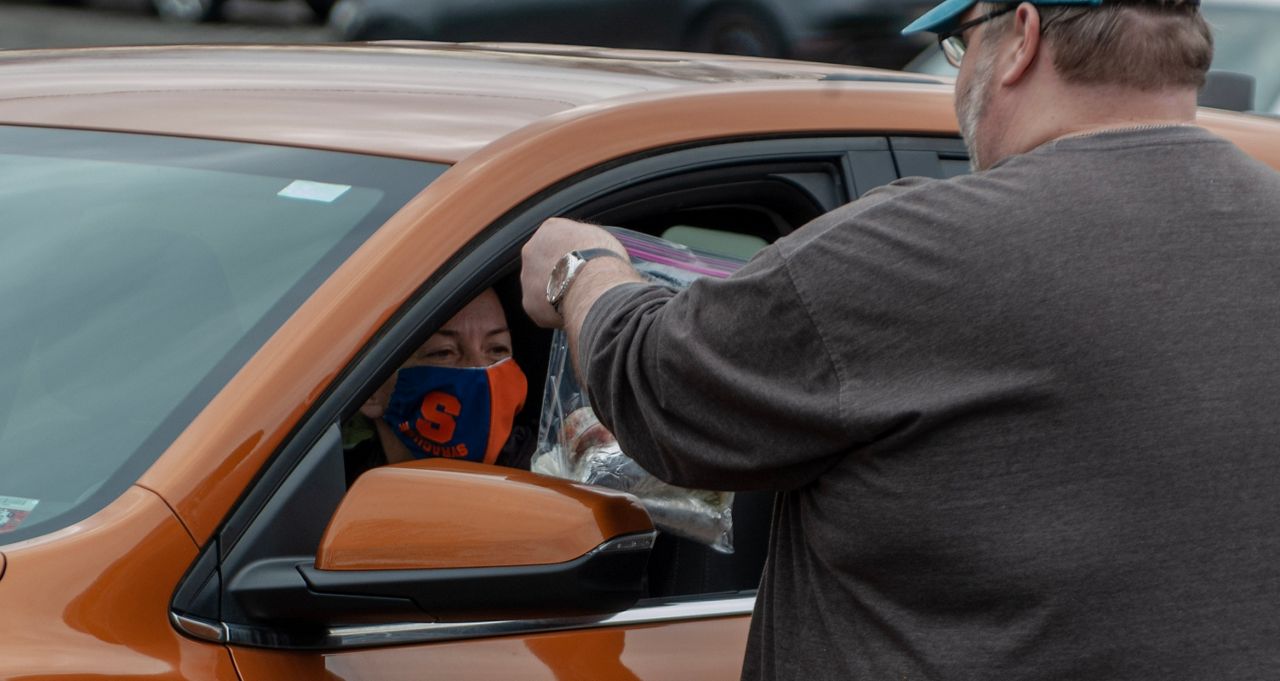 Ryan Zarbatany can’t help but make everyone smile. The private chef found himself out of work due to the shutdown. One day, he found a way to use his skills to do some good.

Ryan commented on the post, saying he, in fact, makes the best chicken parmesan. Anyone who has had Chef Z’s cooking believes that to be true, and the comments showed it.

“That opened up kind of a can of worms where we ended up making chicken parmesan for like 25 people maybe … and we had a great time,” Zarbatany said. “My family got involved helping pound out the chicken and everything. It was a good time.”

In fact, it was such a good time that they did again the next four weeks, feeding more and more people along the way. That brings us to this week, when Ryan and his family are making fajitas for more than 75 people.

“This is one little thing I can do to make everyone’s life, at least one day, a little more fun,” he said. “It’s different from the everyday humdrum that we’ve been dealing with.”

People pay what they can, some pay more, and some can’t pay at all. It doesn’t bother Zarbatany. The more mouths he can feed, the better.

“We have people getting 10 orders, eight orders, 13 orders, so they can take that to their four or five people at home, and then they can go to their neighbors, and their friends that may need some help,” he said. “And it keeps going and spreading all over the place.”

When it comes to people helping people, if you ask Chef Ryan, he’ll tell you it all comes back to food.

Ryan says he wants to feed as many people as possible. To get in touch about a meal for you or someone in need, reach out to him on Facebook.

Coronavirus and the Global Food Supply. What’s Going On? – The New York Times