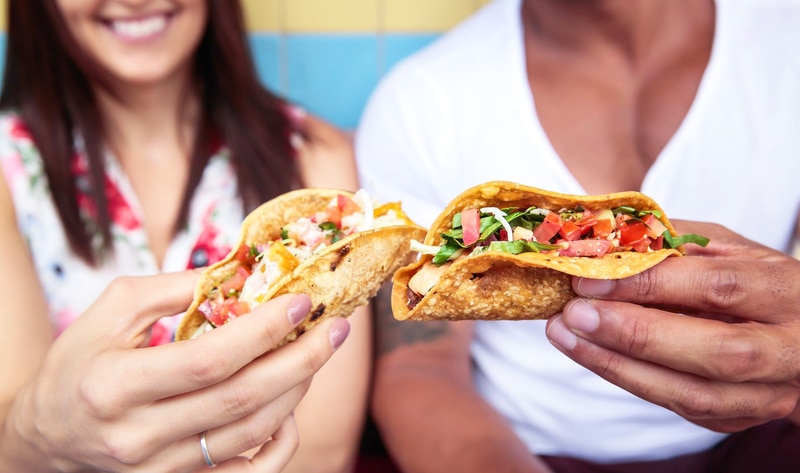 A massive coalition of vegan restaurants, vegan brand Beyond Meat, and delivery platform DoorDash have come together across the country to launch Plant-Based Party, an initiative that aims to feed those in need, while promoting vegan food and supporting plant-based businesses. From May 1 to May 3, food-eaters everywhere—vegans and non-vegans alike—are encouraged to purchase a plant-based meal for takeout or delivery from any restaurant and post a photo of it to social media with the hashtag “PlantBasedParty.” For every #PlantBasedParty mention, Beyond Meat will donate one meal to organizations in need, including food banks and frontline workers (up to 100,000 meals) and DoorDash will donate $5 for every mention (up to $30,000) to vegan initiative Support + Feed.

In March, Maggie Baird—mother of popstars Billie Eilish and FINNEAS, all of whom are vegan—initially launched the Support + Feed initiative in Los Angeles, working with 11 local vegan restaurants on an organized effort to deliver meals to major hospitals, food shelters, housing and women’s shelters, senior centers, and police stations. This month, Baird expanded the initiative to New York City where she worked with three restaurants to support them and feed those in need in the city, which was hit hard with the COVID-19 outbreak. “We are excited to partner with Veggie Grill and the other great restaurants to promote plant-based meals and the restaurants serving them all around the country,” Baird said. “This is a wonderful way to help feed people in need, and make our planet a better place in the process.”

Restaurants involved in the Plant-Based Party campaign include Veggie Grill, Native Foods, HipCityVeg, By CHLOE, Plant Power Fast Food, Next Level Burger, Urban Vegan Kitchen, Sage Vegan Bistro, Jackfruit Cafe, and more. “This is a time we all need to band tougher, so we’re honored to partner with our plant-based friends to throw a party assisting those in need right now,” Veggie Grill Co-Founder T.K. Pillan said. “We have been inspired by the amazing work Maggie and the Support + Feed team have been doing for both plant-based restaurants and the  community during the crisis, so this is an impactful way we can assist with their efforts and also do our part to save the planet.”

Is a vegan diet right for you? Here’s everything you need to know – TODAY