Eating meat may IMPROVE mental health and one in three vegetarians are depressed, study claims

By Joe Pinkstone For Mailonline

A vegetarian or vegan diet may be increasing the likelihood of depression, a US-based study has found.

People with a plant-based diet were twice as likely to take prescription drugs for mental illness and nearly three times as likely to contemplate suicide.

The report, which looked at more than 160,000 people, also found that a shocking one in three vegetarians suffer from depression or anxiety. 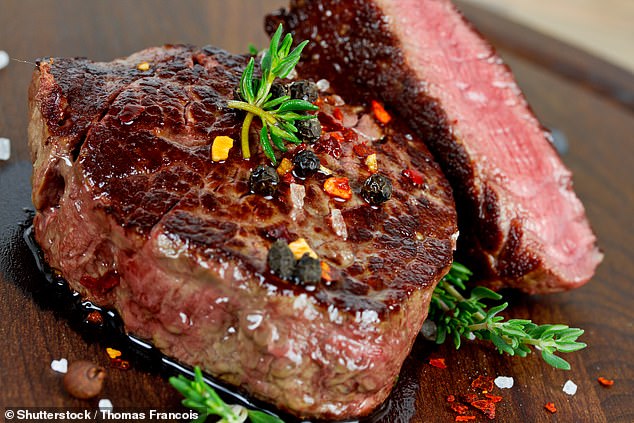 They concluded that vegetarians and vegans had ‘significantly’ higher rates or risk of depression, anxiety and self harm.

The researchers suggest that avoiding meat may be a ‘behavioural marker’ indicating people already with poor mental health.

This is a suggestion that requires more research to back it up, the researchers say.

University of Alabama researchers write in the study: ‘Those who avoided meat consumption had significantly higher rates or risk of depression, anxiety, and/or self-harm behaviours.

‘Our study does not support avoiding meat consumption for overall psychological health benefits.’ 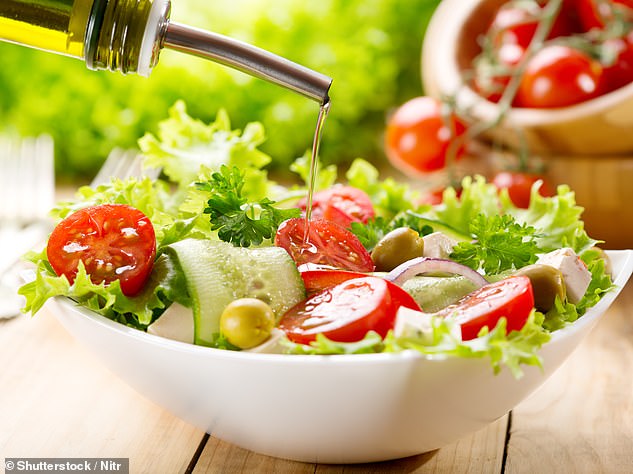 A vegetarian or vegan diet may be increasing the likelihood of depression, a US-based study has found. The report, which looked at more than 160,000 people, also found that a shocking one in three vegetarians suffer from depression or anxiety (stock photo)

Dr Edward Archer, from the University of Alabama and one of the study’s authors, said: ‘While the risks and benefits of vegan and vegetarian diets have been debated for centuries, our results show that meat eaters have better psychological health.

‘These findings have implications when defining what constitutes a ‘healthy diet’. Mental health may need to be emphasised when evaluating the benefits and risks of particular dietary patterns.’

Echoing the report’s findings, Aseem Malhotra, an NHS Consultant Cardiologist, said in a tweet: ‘In general, if you want to avoid increased risk of depression, anxiety and self-harm behaviour then do eat meat.

‘If you’re vegan or vegetarian for ethical reasons, then please personally invest extra in strategies to protect your mental health.’

The study, entitled ‘Meat and Mental Health: A systematic review of meat abstention and depression, anxiety and related phenomena’, is published in the journal Critical Reviews in Food Science and Nutrition.

Plant-based diets really do lower cholesterol, according to a review of nearly 50 studies.

Vegetarians generally eat more greens, fruits and nuts which means they have a lower intake of saturated fat, researchers found.

These foods are naturally rich in components such as soluble fibre, soy protein, and plant sterols (a cholesterol found in plants), all of which lower cholesterol.

The research, led by Dr Yoko Yokoyama, from Keio University in Fujisawa, found vegetarians had 29.2 milligrams less of total cholesterol per decilitre (one tenth of a litre) than meat-eaters.

Vegetarian diets lower cholesterol as they result in lower intake of saturated fat, increased intake of plant foods such as vegetables, fruits and nuts (stock image)

For the review, researchers took ‘vegetarian diets’ to mean a diet that includes eating meat products less than once every month.

For meat-eaters following a vegetarian diet could lower cholesterol by 12.5 milligrams per decilitre.

‘Those [individuals] who have followed vegetarian dietary patterns for longer periods may have healthier body compositions as well as better adherence to a vegetarian diet, both of which may have an effect on blood lipids’, researchers wrote in the paper published in the journal Nutrition Reviews.