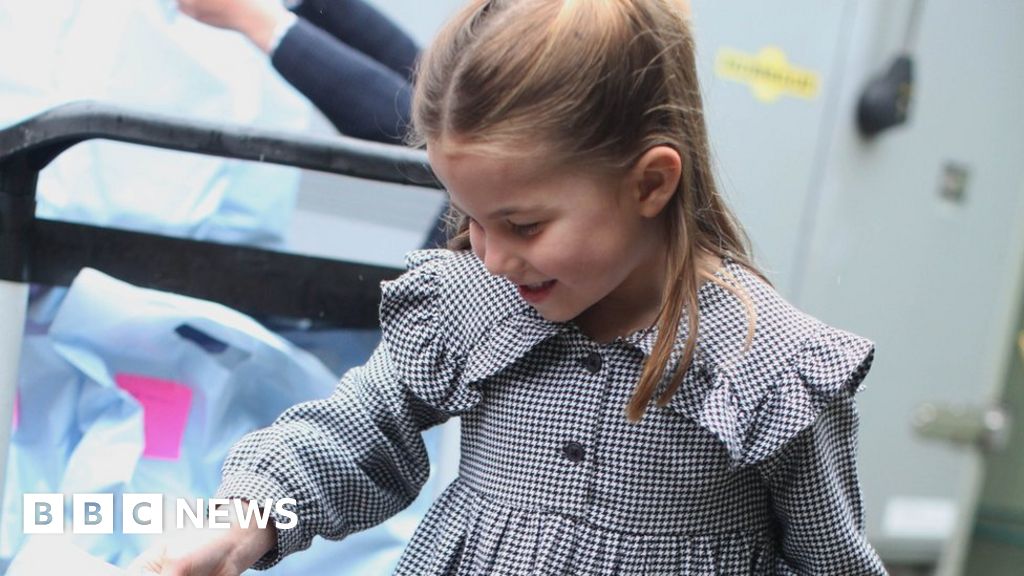 New photos have been released to mark Princess Charlotte’s fifth birthday, showing her delivering homemade care packages to those in need during the coronavirus crisis.

She has helped her family take food to the elderly and vulnerable in Norfolk.

In one photo, she knocks on a resident’s door clutching a bag of homemade fresh pasta.

The four photos were taken in April by her mother, the Duchess of Cambridge, a keen amateur photographer.

The young royal joined her parents, the Duke of Cambridge and the duchess, and brothers Prince George and Prince Louis to make the deliveries, likely to be close to the family home of Anmer Hall, on the Queen’s Sandringham estate.

In two photos, the princess is seen picking up white bags of food for pensioners who are shielding from the virus or other vulnerable people in lockdown in Norfolk.

Charlotte was born at the private maternity Lindo Wing of St Mary’s Hospital in Paddington, central London, at 08:34 BST on 2 May 2015, weighing 8lb 3oz.

Catherine, who is patron of the Royal Photographic Society, has regularly released pictures she has taken of George, six, and Louis, two, to mark their birthdays.

The Duke and Duchess of Cambridge are very pleased to share four new photographs of Princess Charlotte ahead of her fifth birthday tomorrow.

The images were taken by The Duchess as the family helped to pack up and deliver food packages for isolated pensioners in the local area. pic.twitter.com/2scloP8BlF

Over the past five weeks, the Queen’s Sandringham staff have been preparing and delivering meals for pensioners and vulnerable people living in the local area, Buckingham Palace has said, with about 1,000 meals being made and delivered in the first week alone.

Everything Is Cake Now – The Cut