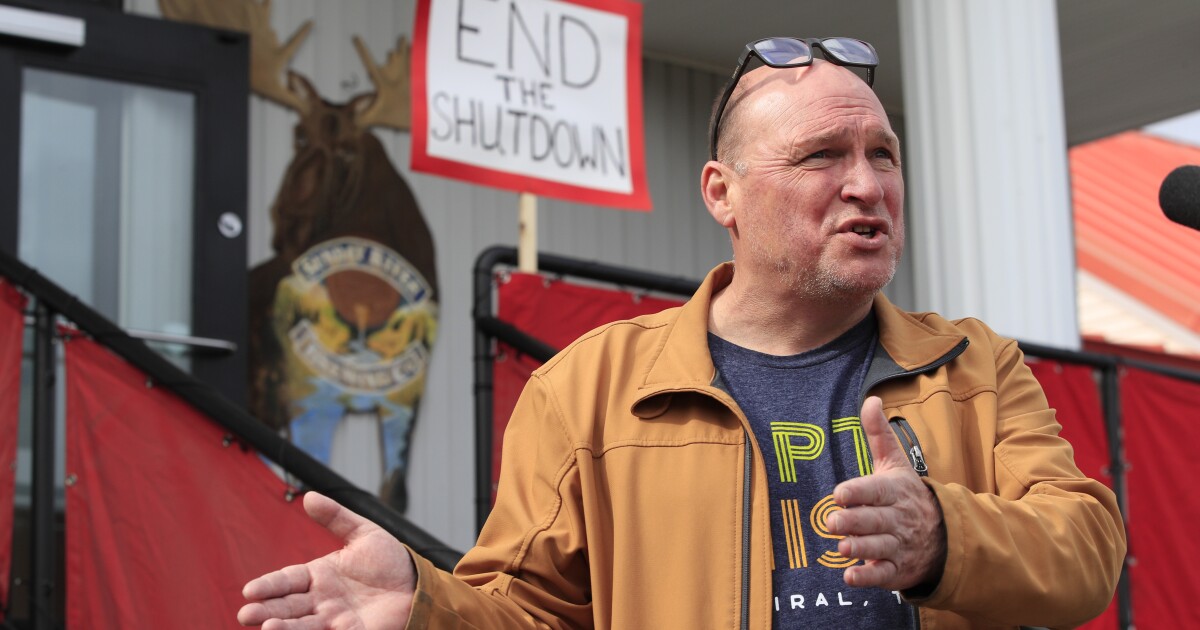 Officials in Maine have pulled the health and liquor licenses of a restaurant owner who defied what he characterized as “ridiculous” coronavirus lockdown orders and opened for business.

Rick Savage, co-owner of Sunday River Brewing Co. in Bethel, Maine, opened his restaurant to diners on Friday despite state orders to keep it closed to stop the spread of the coronavirus. He consequently lost his state licenses to serve food and liquor, according to the Bangor Daily News.

Savage opened his doors at around noon, and by 4:30 pm, there was a line around the building to enter the restaurant. By 6 p.m., roughly 250 people had been served, according to an employee.

After learning that he had lost his licenses at around 4:30 p.m., Savage planned to continue operating and accept the fines he would incur for not having a license. He then announced he decided against it and closed the restaurant.

Savage announced his plan to reopen his restaurant Thursday on Tucker Carlson Tonight.

“The [stay-at-home] order originally stated May 1st [as an expiration date], and we were gearing up for that,” Savage told Carlson. “We did what we were supposed to do, and we closed for six weeks, cooked for the community, went right through the whole restaurant, and remodeled and cleaned it, and it’s time to open back up.”

Savage expressed his frustration that Democratic Maine Gov. Janet Mills hasn’t been taking calls even from lawmakers about the ramifications of her lockdown orders.

“We tried to call the governor. We can’t even get a hold of her,” Savage said. “The lawmakers are left in the dark, both Republicans and Democrats. She’s doing this all on her own. So we’re encouraging all businesses in Maine to open up. We need to open back up, get the summer tourist business going, or we’re gonna lose a third of our restaurants. And who knows how many hotels and other businesses?”

Food labelling must be clear & pro-consumer – The Tribune India