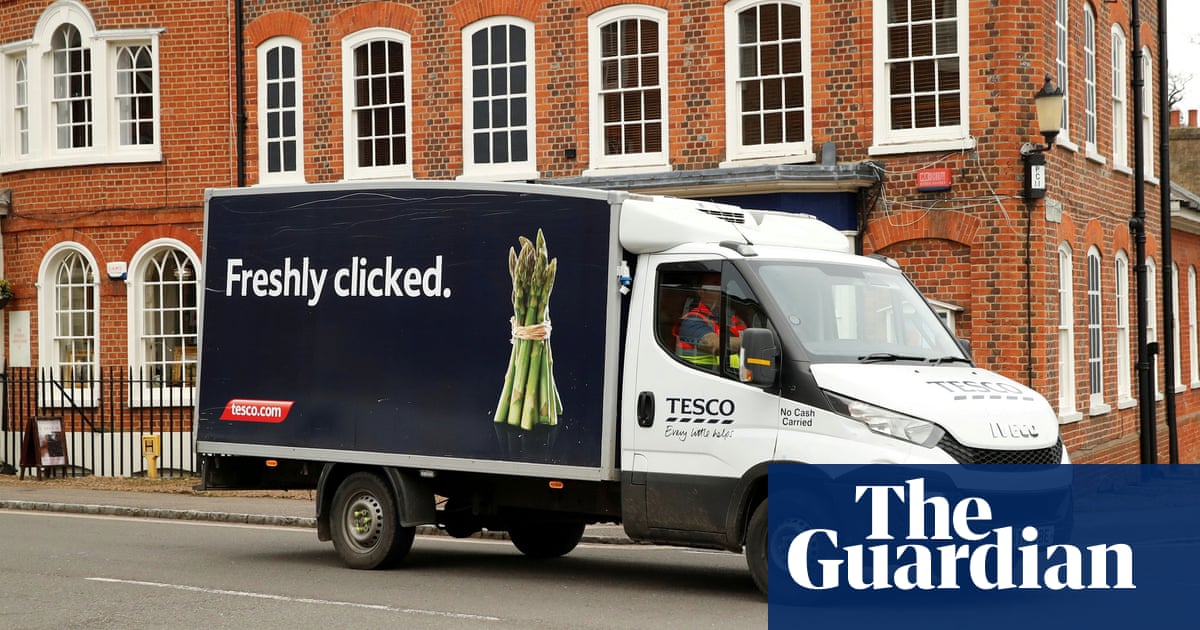 Consumer and disability rights groups have called on the government urgently improve the coordination of food deliveries for vulnerable people, warning that thousands are not getting the help they need during the pandemic.

The consumer group Which? said it had been contacted by more than 1,000 people who were either disabled, elderly or had illness that put them at risk of contracting Covid-19 and were having difficulties in getting grocery essentials.

Meanwhile the disability charity Scope said almost half of the 600 disabled adults it surveyed had issues getting hold of essential items and that 38% of respondents who had tried to book supermarket delivery slots in the past three weeks had been unsuccessful.

Sue Davies, the head of consumer protection at Which?, said: “Based on the huge number of reports we’re seeing from vulnerable people struggling to get access to basic food and supplies, it’s clear that the current system is not working for those who need it the most.

“Without easily accessible and clearer information for these people, and stronger coordination between the UK’s central and devolved governments, the food industry, local authorities and local charities, there is a risk that many will go hungry during this pandemic.”

Which? wants the government to simplify the system for registering for food boxes or prioritised supermarket deliveries; to step up efforts to find those who have fallen through the cracks; and to coordinate better with charities and the food industry to provide a more consistent service across the UK.

James Taylor, the executive director of strategy at Scope, said the consumer group’s findings echoed what his charity had heard from disabled people.

“Many have been forced to risk their health to visit supermarkets because they can’t get the deliveries they need,” he said.

The government set up a food parcel delivery scheme at the end of last month in an effort to support some of the 1.5 million people it had identified as particularly vulnerable to coronavirus because of conditions such as cancer or severe respiratory illness.

“We are determined to ensure the most vulnerable are supported during this pandemic,” said a spokesperson, adding that the government had worked with local authorities, food service specialists and NGOs to deliver at least 900,000 food parcels in nearly five weeks.

However, that amounts to about 180,000 a week, a fraction of those requiring help.

The Local Government Association said councils in England and Wales needed better data on those needing assistance as well as access to supermarket delivery slots and NHS volunteer responders to assist in shopping for vulnerable individuals. It emerged this week that 600,000 volunteers were ready to be deployed but many were still waiting to be allocated a task after weeks on standby.

The government and devolved administrations have shared their databases on people at risk in England, Wales and Scotland with supermarkets to set aside delivery slots for vulnerable customers. Northern Ireland has yet to do so, however.

After huge efforts to increase the number of delivery slots by nearly all the supermarket chains, Tesco now has almost 400,000 extremely vulnerable shoppers on its books while Sainsbury’s is prioritising 800,000, including 250,000 from government lists. Waitrose said about 35% of its 120,000 delivery slots last week had gone to the vulnerable.

But the major supermarkets all say they cannot keep up with demand, given that the 1.5 million people identified by the government as particularly vulnerable account for a fraction of those at risk from the virus, estimated to be as many as 16 million.

Some very high-risk people told Which? they were struggling to get deliveries or being forced to visit stores, while others had been unable to navigate “complex, confusing and often overwhelmed government and supermarket helplines or other support systems”.