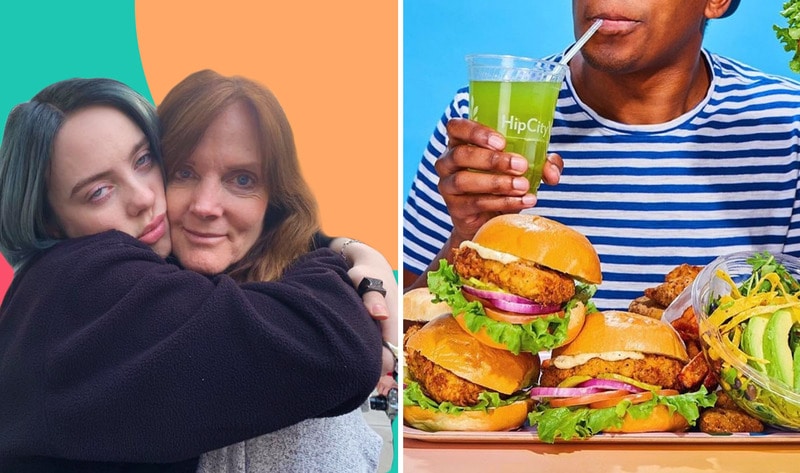 Today, vegan initiative Support + Feed expanded to its third city, Philadelphia, to support vegan restaurants while feeding frontline workers and vulnerable populations. Founded by Maggie Baird—mother of vegan pop stars Billie Eilish and FINNEAS—the initiative first launched in Los Angeles on March 27 and expanded to New York City in April. Support + Feed works with vegan restaurants that process weekly food orders from customers looking to support the cause and deliver them in a safe manner to hospitals, food shelters, housing and women’s shelters, senior centers, and police stations. In this way, the initiative supports local restaurants—allowing them to pay employees in these uncertain times—while feeding vulnerable populations.

In Philadelphia, the initiative is working with vegan restaurants HipCityVeg, BarBombón, Charlie was a sinner., The Greyhound Cafe, Grindcore House, and Luhv Vegan Deli. Customers are encouraged to make donations to these businesses (or the initiative’s general fund), which Support + Feed will turn into safe deliveries for those in need. The initiative is supported by a donated truck and driver from Legendary Logistics and vegan meals will be delivered by the catering team at HipCityVeg. Some of the organizations that the initiative will support include Black Doctors Consortium, One Day at a Time, PAWS animal shelter, Project HOME, and Ronald McDonald House Charities of the Philadelphia Region.

“I am blown away by what Maggie created with Support + Feed, and when we met last month I asked her if we could help. As the economic crisis deepens in Philadelphia and across the country, I’m seeing people lining up just blocks from our restaurants for food—this is an emergency, and I know we can do better,” HipCityVeg Founder Nicole Marquis told VegNews. “People who were working just weeks ago, are now on the verge of being homeless or going hungry. I’m grateful to be able to carry Maggie’s mission forward in my hometown of Philadelphia.”

In addition to Support +Feed, Marquis has been working on “Give Shake an Assist,” an initiative sponsored by plant-based brand Silk that she launched in April in partnership with professional basketball player Malik “Shake” Milton which initially allowed her to donate 500 HipCityVeg meals and shakes to local hospital medical workers in Philadelphia. Since then, vegan brands Follow Your Heart, Beyond Meat, Daiya, and Gardein have given HipCityVeg cash and in-kind donations valued at more than $5,000, allowing Marquis to deliver 1,500 meals and expand to other hospitals outside the city.

“We are so happy to bring Support + Feed to Philadelphia, and to partner with the wonderful work Nicole Marquis at HipCityVeg has already begun there,” Baird said. “We see the incredible need around the country and hope so much that we can help feed those in need and keep these important plant-based businesses, which are so important to the health of our planet.”

Healthy eating: Find out how you can add Romanesco broccoli to your plate – The Indian Express