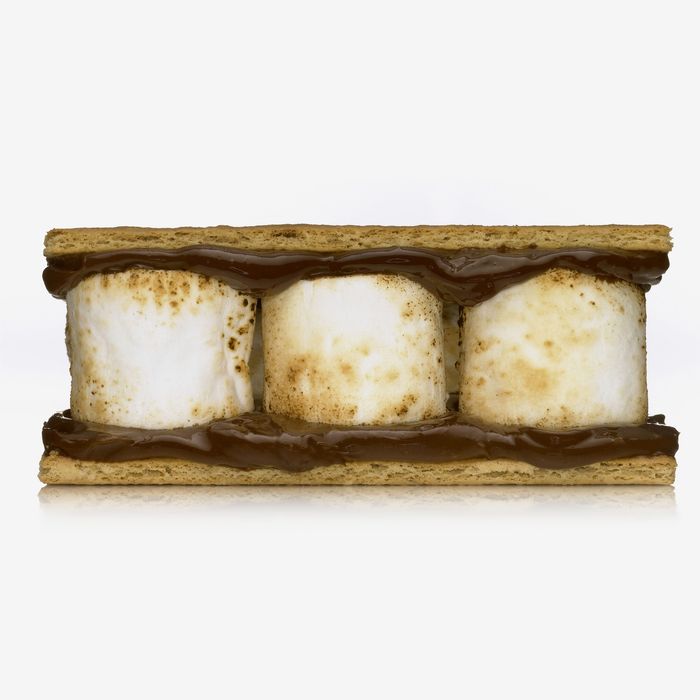 How about a Nutella s’more panini?
Photo: Lew Robertson/Getty Images

When my daughter Loretta was 3, her preschool posted a six-foot chart on butcher paper with the names of the students in a vertical column. Southern California’s many wonderful citrus fruits appeared in a horizontal list along the top. Within the grid, smiley faces, frowns, and blank expressions recorded how much the students liked, or disliked, each fruit. It was all very nice, except for the black X beside each entry for Loretta, who did not try even one of the fruits.

Loretta is now 5. She still does not eat fruits or vegetables. (Please no suggestions; I’ve heard them all). I’ve come to respect her preferences. At her age, free will is limited, and with so many other options now off-limits, I’m fine with granting her the freedom to ignore the plant kingdom.

Freedom, naturally, has been on my mind quite a bit recently — the kind of freedom, for example, that allowed me to move to Amsterdam when I was 21 and stay for nearly seven years doing odd jobs and making even odder friends. I’ve been reliving this period as I pedal in place on my spin bike and remember weaving in and out of traffic along Dutch canals; when I walked the usual circuit in my neighborhood looking at the not-new stuff; and especially when I consider my frustrated 5-year-old, wondering, hoping, and praying that she gets to experience what now seems like a luxury: the joy of packing up and going to a place that makes your parents anxious.

People assume I spent my Amsterdam years in a thundercloud of Nepalese Temple Ball hash or with my lips glued to a joint the size of a recorder. I used to go out of my way to debunk these myths and justify my reasons for staying abroad (culture, opportunity, creativity), but sure, weed was smoked, baked, ingested. As it turns out, those experiences have also turned into unexpected inspiration whenever I’m in the kitchen.

In the good old days of freedom and, you know, restaurants, there would come a moment before each meal with Loretta when my stomach would tighten and my anger would rise at the likelihood of my daughter refusing to eat, eating reluctantly, or perhaps even throwing her food. As I faced a lockdown requiring me to make and feed her three meals a day, I began to panic. There would be other challenges, I knew, but cajoling her every morning, noon, and night to please just goddamn eat, seemed insurmountable. I am an avid and adventurous cook who was raised on the ritual of sitting down to a family dinner, so Loretta’s aversion to mealtime is especially aggravating, painful even.

So imagine my surprise when salvation arrived in the form of a Rice Krispies treat.

It happened a few days into sheltering at home, when I discovered a forgotten box containing Christmas–colored Rice Krispies, some mini-marshmallows, a bag of chocolate chips, and the dregs of some holiday sprinkles.

Loretta and I weren’t just going to make Rice Krispie treats. We were going to make something gloriously and spectacularly unnatural. And yes, our treats ended up looking thrillingly like something two stoners might make for a Christmas party.

Two days later, Loretta, who rarely tells me she wants a particular food, requested French toast for dinner. Of late she’s also been keen on American cheese slices (I am unreasonably pleased about this), so I slapped a few on the French toast, added ham, pressed it, doused it with powdered sugar, and served it. She asked for another. As I obliged, I realized I was cooking without tension or anxiety. I watched her gobble up that second helping of French toast and “cheese” like someone with a serious case of the munchies, and I knew — the way anyone knows after a few turns at the gravity bong — that I was onto something. And so #StonerFoodsOfTheApolocalpyse, my personal hashtag to describe Loretta’s current meals, was born.

None of the offerings on the #StonerFoodsOfTheApocalypse menu are planned in advance; they each just appear … organically, as a way to cope with the daily grind of three meals a day at home. Third day of meatloaf? Slide a slice into a hard-shell taco. Same for meatballs. You might also make a double-decker meatloaf cheeseburger because doesn’t that sound rad?

Why serve Nutella, or some healthier off-brand variant, on a roll when you can make it into a s’more panini with marshmallow fluff? And I’m here to tell you that homemade chicken fingers are infinitely better when coated in Frosted Flakes. (Adults can even marinate their chicken in Frank’s RedHot sauce before coating).

Cooking this way is part puzzle, part challenge, part inspiration, part necessity, but always a slam dunk when it comes to alleviating tension around mealtime. These creations make me laugh, which makes me relax, and that relaxes Loretta.

Now, before you scold me for my kid’s diet, or for the fact that I’m entertaining her and myself by preparing concoctions you might find on a Reddit thread, I’d like to point out that (a) she does eat healthier things like salmon and rice and beans, and (b) the glory of great stoner food is that it isn’t about being stupid; it’s about being resourceful.

Stoners, after all, are the ultimate experts at working with what’s on hand: crafting a pipe out of an apple, a potato, or maybe a summer sausage. With food emergencies — when you’re stoned, it’s often an emergency when it comes to food — stoners don’t have the patience to hit the supermarket for reasonable ingredients. They cobble things together based on hunger and imagination. They make peanut-butter-and-jelly sandwiches with chocolate-chip cookies; they put barbecue sauce and shredded cheese on pasta. Doritos are a perfectly acceptable pizza topping. And I cannot think of a better time than right now to embrace this approach. So while others are peddling black-market sourdough starter, proofing croissants, and making their own everything bagels, I’ve taken a track that provides immediate gratification, goofy joy, and has ushered in an era of peaceful meals.

Someday, she and I won’t be stuck at home together anymore, and I’ll miss it. She’ll go back to school and then off into the world, to college, or maybe even to Amsterdam. Somewhere along the way, she’ll probably figure out what I was up to during the COVID-19 lockdown. Hopefully it will make her laugh then as much as it makes me laugh now, and hopefully she’ll be stone-cold sober when she does.

Ivy Pochoda is the author of the novels Visitation Street , Wonder Valley, and These Women.

Provisions Bakery, which helped more than 1,000 get job training over 32 years, closes – syracuse.com