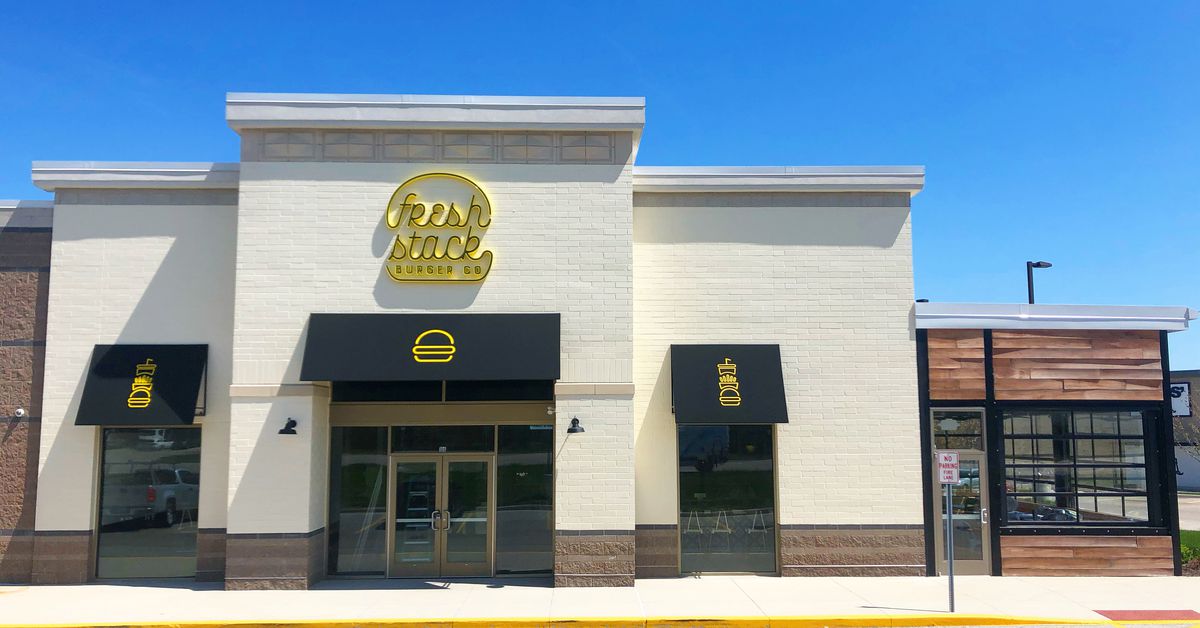 Thousands have been introduced to video conferencing since mid-March when stay-at-home orders shut down many businesses across the state and country. That sparked an unusual idea to celebrate a restaurant opening in suburban Kildeer, about 40 miles northwest of Chicago. Village officials, restaurant investors, and potential customers will gather Monday around their computers for a virtual tour to celebrate Monday’s opening of the first location of Fresh Stack Burger Co.

Fresh Stack’s owner is burger royalty. Sean Thomas is the grandson of Dave Thomas, the founder of fast-food chain Wendy’s. Melinda Lou “Wendy” Thomas-Morse — the chain’s namesake — is his aunt. Sean Thomas wanted to open Fresh Stack weeks ago, but the pandemic changed those plans. Speaking with Eater Chicago, Thomas says he began realizing the virus’s threat once the NBA postponed its season on March 11. Now, almost two months later, Thomas is opening his restaurant with a temporary drive-thru for carryout.

Thomas worked at at Wendy’s growing up and that’s where he learned about the restaurant business. His famous grandfather had a work ethic that rubbed off on his grandson: “He didn’t have much of an education,” Sean Thomas says. “He dropped out of elementary school to work and to provide for himself and his future family.”

Dave Thomas, who died in 2002, encouraged his grandson’s interest in restaurants. The younger Thomas would graduate from Auburn University, and now is collaborating with Fabio Viviani, the Top Chef contestant who had consulted with Chicago’s DineAmic Hospitality Group on restaurants like Siena Tavern and Bar Siena. He’s known Viviani for almost a decade.

“We definitely want to open a few of these things,” Thomas says. “But our goal is to get this first one right.”

Fresh Stack will be different from Wendy’s. It won’t have the brand’s infamous unbridled Twitter voice. Sean Thomas says his grandfather would have been a fan: “He was kind of a smart ass. He would absolutely love it.”

Expect hand-breaded fried chicken sandwiches, inspired by Nashville hot. The burgers will come from ethically sourced beef. The menu includes a vegan burger, and a patty that’s a mix of beef and veggies called the “Considerate Carnivore.” There’s also a nod to Wendy’s, the “Friescream.” This is a shake for those who love dipping Wendy’s french fries into its frozen dairy treat, the Frosty. It’s ice cream blended with shoestring potatoes. There’s also a full bar, and a four-season patio.

He picked Kildeer, a village of about 4,000, because it reminds him of his hometown of Dublin, Ohio, which is about 20 miles north from Columbus, Ohio — home of the very first Wendy’s which opened in 1969.

“My hope for Fresh Stack is to carve our our new path while paying homage to what my grandfather helped create,” Sean Thomas says.

On Monday, folks can RSVP to a virtual ribbon cutting. This is a big deal for Kildeer, as official filled a space inside its massive shopping center. Stores have struggled with more business conducted online. So it’s time to celebrate — with the proper social distancing guidelines in place.