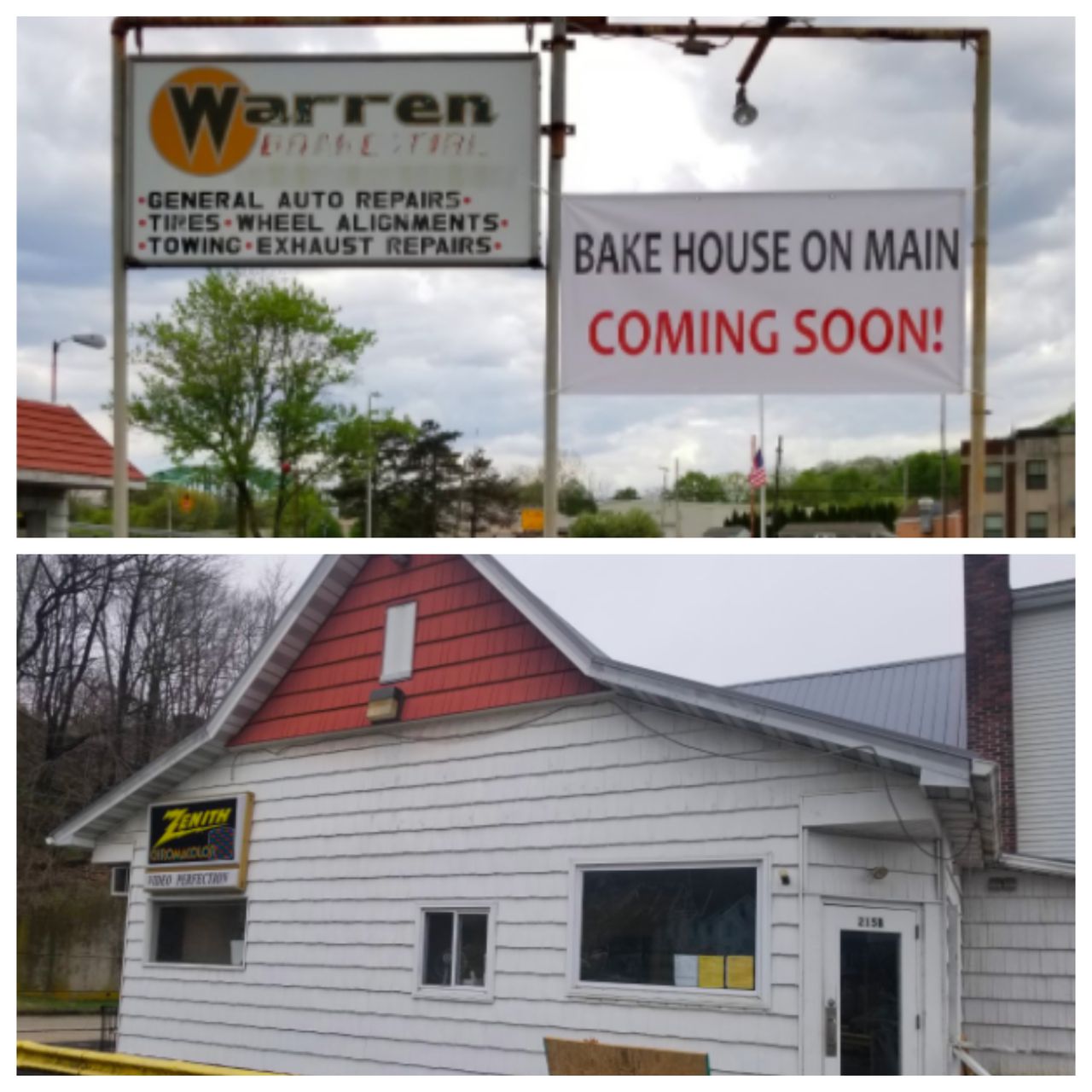 A popular Belvidere bakery has closed shop and is moving to Phillipsburg for a chance to gain more exposure, its owner said.

The Sarivan Bake Shoppe, 627 3rd St., was co-owned by Amber Sarivan and her husband, Costel Sarivan, of Portland, Northampton County, since December 2016. Amber said the pair quickly knew they needed more of a centralized location in order to continue the venture. They then found space at 215 N. Main St. in Phillipsburg next to Warren Brake & Tire that sat vacant for several years.

The couple began renovations this past December, but hit some construction snags and the state shutdown of all non-essential businesses in March led to further delays. Amber, who now will become the sole owner, has changed the name of the bakery to Bake House on Main. She is planning a mid-June opening.

“I chose Phillipsburg because the folks there enjoy the nostalgia of a good bakery,” Amber said.

Patrons at Sarivan Bake Shoppe came to know the bakery’s fresh pastries, scones, and assortment of fresh breads. The bagels were hand rolled each morning and cinnamon rolls came straight from the oven. Everything, Amber said, was always made from scratch with no preservatives.

“We have been compared to New York-style bagels in that they have a crispy exterior and soft, airy center.,” she described.

The Belvidere bakery also was known for its assortment of hot coffee, hot tea, hot chocolate, cappuccino in a variety of flavors, and cold beverages. Amber is planning to include all this and possibly some newer baked treats to the menu. There also will be an expanded beverage menu including iced coffee, iced tea, and various espresso options at the new location.

Amber is most excited, however, about the ample indoor and outdoor seating at the Phillipsburg location — something she didn’t have at the Belvidere site, she said. A large outdoor patio currently is being refinished that will seat up to 10 guests.

She took to social media this past week to thank customers for their patronage during the hiatus.

“We cannot thank our customers enough for their support. We’ve received countless messages asking how we’re doing and letting us know we’re missed,” the post stated.

Amber said there’s no surprise folks across the Lehigh Valley are being drawn back to local bakeries.

Swarms of crowds lined up in the early morning hours in late February for the opening of nearby Easton Baking Co. under new ownership, causing owners to close shop earlier than anticipated on Fastnacht Day. A soon-to-be possible competitor of Bake House on Main, Charlie’s Bakery, also plans to open at 390 S. Main St., Phillipsburg. That bakery is owner Charlie Dalrymple’s second venture after opening another corner bakery in Bethlehem that past February.

“I’ve always said people are shopping smarter. We’re in a time when people are more aware of what their options are and what’s in their food,” Amber said about the rise in popularity. “Consumers want great tasting food, made free from chemicals. You can buy a loaf of bread from the grocery store for a couple dollars but it won’t compare in terms of quality and flavor. When you purchase from a local bakery, you may pay a little more, but you’ll have taste and the peace of mind that you can pronounce all the ingredients in your food.”

Amber learned baking from her mother, Vickie Santini of Harmony, who will be helping at the Phillipsburg site. Ironically, while baking is known for precise measuring and exact recipe following, Amber doesn’t do much of that, she noted.

“She just went with her taste buds,” Amber said of her mother’s instruction.

Amber received additional culinary training while attending Warren County Technical High School in Washington for culinary arts and baking. She was awarded second place in the SkillsUSA Championship, which showcases the best career and technical education students, for her baking in 2001. While learning at the technical school, Amber simultaneously worked for Ryan’s Parkside Restaurant in Phillipsburg, eventually baking the eatery’s desserts, she said.

Amber later pushed that ambition aside and worked in corporate for a decade, still baking treats for friends and co-workers on special occasions. It was her husband, she said, who convinced her to return to her roots in baking. She took it seriously when others expressed how much they enjoyed the bagels made from Amber’s self-instruction on crafting yeast breads.

“I was told they were so much better than store bought bagels in terms of flavor and texture,” she said. “That’s when I told my husband I really thought we could sell our baked goods.”

With Charlie’s Bakery opening around the same time about a half mile away from Bake House on Main, Amber said there’s room for two bakeries in the same proximity.

“We were very surprised at the lack of bakeries in the area when we opened in 2016; there was a huge need and customers let us know,” she said. “We should all be supporting each other, not seeing each other as competition. There’s a large market out there and an even larger variety of baked goods to offer.”

Amber has future plans to supply her baked goods to more local businesses. The Sarivan Bake Shoppe previously offered its goods to Natures Harvest and Gourmet Gallery, both in Blairstown. She also wants to provide catering to hospitals and larger corporations, as well as smaller businesses.

Bake House on Main plans to be open 6 a.m. to 3 p.m. Tuesdays, Wednesdays and Thursdays; 6 a.m. to 6 p.m. Fridays; and 7 a.m. to 2 p.m. Saturdays and Sundays. It will be closed Mondays. Hours, however, will be adjusted based on customer demand, Amber said.

Please subscribe now and support the local journalism YOU rely on and trust.

Pamela Sroka-Holzmann may be reached at [email protected].

Nominate your favorite now: Where is the ‘Best Bakery on Staten Island’? – SILive.com