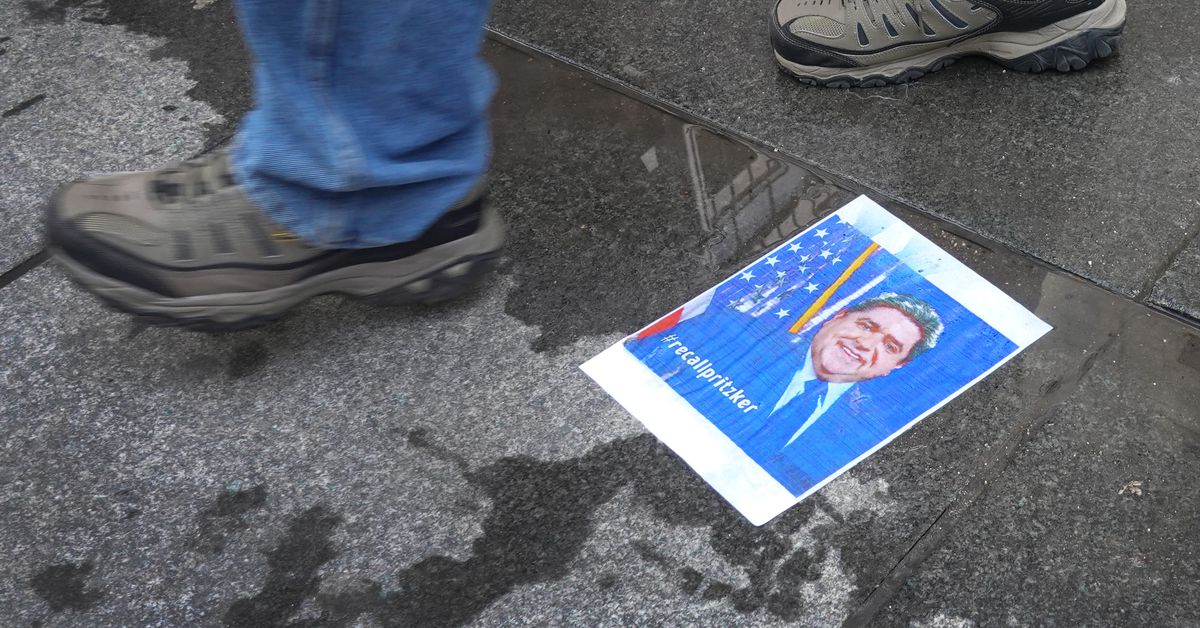 Illinois’s bar and restaurant owners continue to vent about Gov. J.B. Pritzker’s plans to reopen the state. The earliest Illinois bars and dine-in restaurants could reopen is June 26, as the state has to hit certain health benchmarks to reach the five phases of the Restore Illinois plan unveiled last week. Restaurants and bars want to open earlier, as they say other states, like neighboring Indiana, back in business.

In Herin, a Southern Illinois town of about 13,000, a restaurant owner last week defied Pritzker’s executive order. Robert Newman opened up his dining room on Friday and told reporters — including the local CBS affiliate — that he needed money to pay rent and other bills. They sold out of food on Friday at Newman & Co. Newman argued his 20-seat restaurant was safer to the public than a crowded store like Walmart. Stores that carry groceries are “essential” and have remained open during stay at home (though, Whole Foods over the weekend closed its store near DePaul in Lincoln Park as a safety precaution). Newman also acknowledged that populations have different needs to curb the disease, noting the differences between Southern Illinois and Chicago.

During Friday’s COVID-19 briefing, a reporter asked Pritzker about the Southern Illinois restaurant, which is about 315 miles south of Chicago. Pritzker, who appeared flustered by the inquiry, was asked why he’s restricted the liberties of that particular restaurant owner.

“Because this virus isn’t limited to the four walls of that one business, that’s why,” the governor said.

The governor also was asked if the state would consider reopening bars and dine-in restaurants at the end of May, moving them out of Restore Illinois’s Phase Four and into Phase Three. Pritzker didn’t give a straight answer, saying he relied on health experts and science in his decision making. Although the plan is still to reopen at the end of June — pending the state’s health — he did express confidence in Restore Illinois: “I would say our plan makes it more likely that [a restaurant] could open at the end of May than some other plans,” Pritzker said.

He also name-dropped Sam Toia, the president and CEO of the Illinois Restaurant Association. This comes after Toia said the association was not consulted by Pritzker’s camp in developing the reopening plan. The association last week proposed that restaurants and bars should reopen at the end of May with a decreased capacity. They’ve engaged in a message-writing campaign to “fix” the plan. Pritzker didn’t address how the state could help. He instead took another shot at the federal government’s coronavirus relief efforts, including the controversial roll out of the Payroll Protection Program (PPP).

Pritzker added that from “my understanding” opening restaurants is more complicated versus reopening other businesses thanks to the number of people involved in bring a meal to the table. That includes cooks, dishwashers, and servers. He hopes that state officials can observe the businesses that reopen under Phase Three and apply any lessons to when restaurants and bars reopen in Phase Four. That could be a good idea. A survey backed by Mark Cuban — the Shark Tank star and owner of the NBA’s Dallas Mavericks — found 96 percent of Dallas businesses didn’t follow Texas safety guidelines after reopening earlier this month.

The governor continued by saying customers haven’t been dining at restaurants in other states that have loosened restrictions, like Indiana, Texas, and Georgia. Consumer confidence is still shaky. Meanwhile, the Tribune’s editorial board wants restaurants to open earlier. The governor comes from a hospitality background. His family founded Hyatt Hotels. Many restaurant owners gravitated to those ties when he ran for election in in 2018.

Chicago Mayor Lori Lightfoot revealed the city’s plan for reopening on Friday, and it largely matched Pritzker’s. The city on Monday released “City of Chicago Community Sentiment Survey on Reopening.” The survey asks what is the most important for residents, including if they need support services. The survey also asks “What type of business or place would you want opened first?” “Restaurants, bars, and coffee shops” are one of 10 answers, including “parks,” “schools,” “libraries,” and “salons and barbershops.”

Panera Bread’s Menu Will Be Half Vegetarian by 2021 – Eater