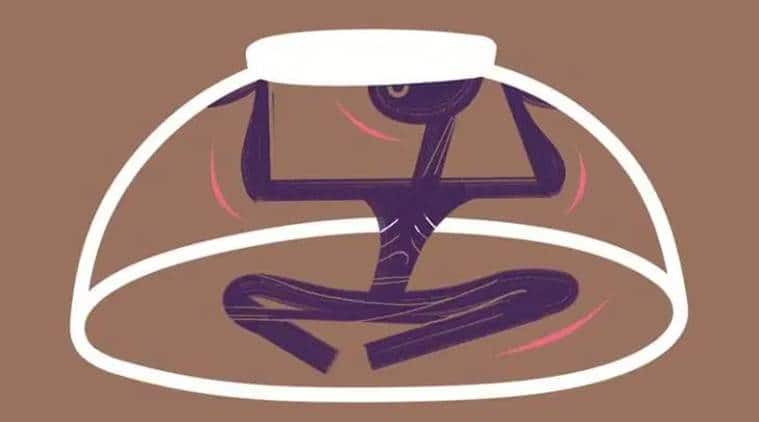 Given the implications of the lockdown for those living hand-to-mouth, there is simply no time to screen and document poor, uncovered households. (Illustration by C R Sasikumar/File)

The vast majority of India’s poor rely on daily wage labour for sustenance. With the current lockdown and its likely extension, millions of daily labourers and their families can no longer earn the money they need to survive. In this unprecedented situation, the Indian state must respond swiftly to prevent widespread acute hunger.

The state is taking this challenge seriously: India has launched its largest-ever cash transfer programme targeting women with Pradhan Mantri Jan Dhan Yojana (PMJDY) accounts and increased food subsidies, among other efforts. Given the scale of economic distress, many have called for increases in cash transfers.

Cash is easy to carry and widely accepted. But, our analysis of nationally representative survey data, described below, suggests that these transfers will exclude many of India’s poorest and, for others, come too late. The immediate need is to focus on distributing adequate food support to all the poor who need it.

The cash transfer programme will send Rs 500 per month (roughly $7) to women with a PMJDY account for the next three months. According to official statistics, roughly 200 million Indian women (47 per cent of adult females) have a PMJDY account. Women’s own reports of PMJDY account ownership, however, paint a different picture. A nationally representative survey from 2018, the Financial Inclusion Insights Survey, asked respondents whether they have a bank account and, if yes, whether it is a PMJDY account. Roughly 80 per cent of female respondents stated they have a bank account, but only 21 per cent said they have a PMJDY account. What drives the gap between government and survey numbers? Likely some combination of dormancy, account duplication in the system and the lack of knowledge among women about the type of account they hold.

To improve this, the government has planned information drives about cash transfers. Let’s say these emergency programmes mean that uninformed women learn that they have PMJDY accounts, and that duplication and dormancy issues are minimal. Will targeting the 200 million PMJDY accounts provide cash transfers to poor households that need it most — those that are running out of money and food due to the COVID lockdown?

Official statistics do not tell us how many of the 200 million female PMJDY account holders belong to poor households. Survey data takes us a bit further. The 2018 survey cited above uses a Grameen Foundation methodology where answers to 10 questions about a household’s characteristics and asset ownership are scored to compute the likelihood that the household lives below the poverty line. The result? The survey tells us that roughly two-thirds of adult women — just over 325 million in total — are living on less than the UN-recognised poverty criterion of $2.50 per day. In normal times, nearly nine out of 10 of these women say it would be difficult to pull together Rs 6,000 within a month to deal with an emergency.

A final constraint is accessing the cash: The 2018 data suggests that one in four poor women live more than five kilometres away from their nearest banking point. This, combined with current social distancing practices at banks that prolong cash distribution, suggests that some women will find it difficult to access their cash transfers as soon as they need them. In short, the current coverage of the network used for cash transfers is insufficient to stop millions of the poorest households slipping through India’s social safety net. To give relief to these households, state and central governments will have to rely on more than PMJDY cash transfers.

Access to food is the most pressing challenge during the lockdown when many individuals have suddenly found themselves unemployed and facing significant price inflation. The government’s established social protection architecture has also responded by expanding access to the public distribution system (PDS). But eligibility still largely relies on the household having a ration card, and the 2018 survey data suggests that nearly 70 million poor women live in households that lack ration cards.

Given the implications of the lockdown for those living hand-to-mouth, there is simply no time to screen and document poor, uncovered households. Nor is there time to be concerned about plugging holes in the food distribution architecture — policy-makers must make do with what they have. While there is a risk that some of these resources will make it to unintended beneficiaries, this is not the time to starve the poor to fight corruption.

India has ample reserves of grain and a well-developed system for disseminating stocks to PDS shops, which are generally accessible to poor households. Some states, such as Tamil Nadu, already offer universal access to rations. Releasing additional grain would give states latitude to expand the PDS and support additional feeding efforts such as community kitchens. At the same time, states should do all they can to make sure lockdown measures do not prevent people from accessing subsidised food, while ensuring social distancing practices are in place.

The health and economic threats posed by the pandemic are unprecedented: India must capitalise upon its preparedness to address food insecurity and prioritise food distribution to protect the health and welfare of its most vulnerable citizens.

For all the latest Opinion News, download Indian Express App. 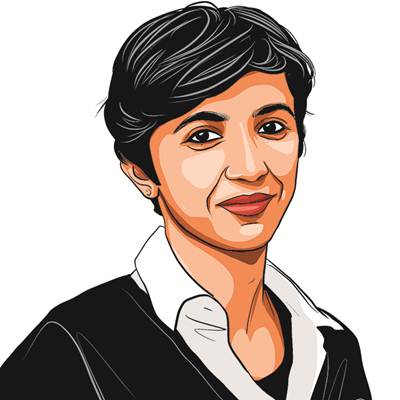 Would you like to try pepperoni red onion pizza for dinner tonight? – The Indian Express