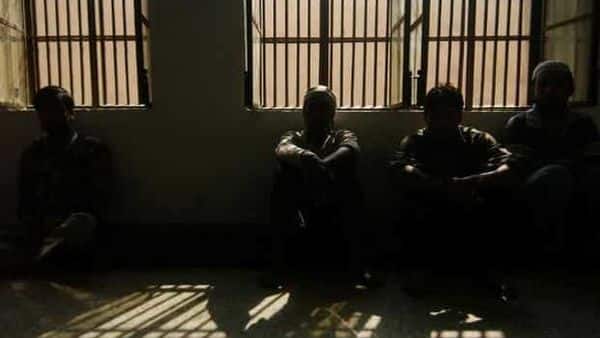 SINGAPORE :
An Indian businessman, who owns a well-known biryani restaurant here, was on Monday sentenced to six years of jail and six strokes of cane for conspiring to have a man from a rival eatery slashed for selling the same delicacy next door in 2016, according to a media report.

Zackeer Abbass Khan, 49, who owns the Zam Zam restaurant was found guilty after a long-running trial of conspiring with several others to have Victory restaurant supervisor Liakath Ali Mohamed Ibrahim slashed and scarred for selling the same delicacies next door, Channel News Asia reported.

While Zackeer has been jailed, he intends to appeal, his lawyer said.

Zackeer had instructed business associate and long-time friend Anwer Ambiya Kadir Maideen, 50, to attack on Liakath for selling the same delicacies next door, the report said.

Anwer, also an Indian-origin, the middleman in the scheme, was given five-and-a-half years’ jail.

He had hired secret society (gang) member Joshua Navindran Surainthiran, an Indian-origin, to attack Liakath on the face with a knife on August 26, 2015, for 1,700 Singapore dollars.

Joshua was jailed for six-and-a-half years and six strokes of the cane for the slashing and other offences in November 2016.

Both Zackeer and Anwer were found guilty of a charge of conspiring to cause grievous hurt to Liakath, who was left with a permanent scar, the report said.

Zackeer was convicted of another charge of criminal intimidation for threatening the victim, saying: “I see how you will work here and within one week I will either hit or kill you.”

Anwer pleaded guilty on Monday to one additional charge of being a member of a secret society, with two other similar charges taken into consideration.

The case was all about business rivalry, noted District Judge Mathew Joseph, dating back to 2005 when Zackeer and the victim were business partners.

After the business failed, Zackeer blamed the victim for being “cheated” of 80,000 Singapore dollars and tensions increased after the Liakath joined the rival Victory restaurant.

Allegations were tossed back and forth of customers being pulled away, and things came to a head on August 22, 2015, when the police went to both restaurants in North Bridge Road to advise them to stop touting.

For his involvement, he was sentenced to six-and-a-half years’ jail and six strokes of the cane in 2016, after pleading guilty to several charges.

“This case is a salutary and sad reminder that one should not allow the red mist of bitterness and anger to cloud one’s better judgment,” said the Indian-origin Judge Joseph.

He told Zackeer that he was a “successful businessman in Singapore”, as evidenced in the success of Zam Zam, and “should have known better”, the report said.

“The resulting consequences can be severe for both the victim and the perpetrators involved. Certainly there can be no place in our society for gratuitous violence arising out of mere business rivalry,” said the judge.

He granted Anwer his request to defer the sentence as he needed to arrange for someone to take over his restaurant business, which has been “suffering” because of COVID-19 pandemic.

Hey, Toyota: Tesla may not have a ‘Chef,’ but at least their food doesn’t suck – Teslarati

I Admire Vegetarians. It’s a Choice I Won’t Ever Make. – The New York Times