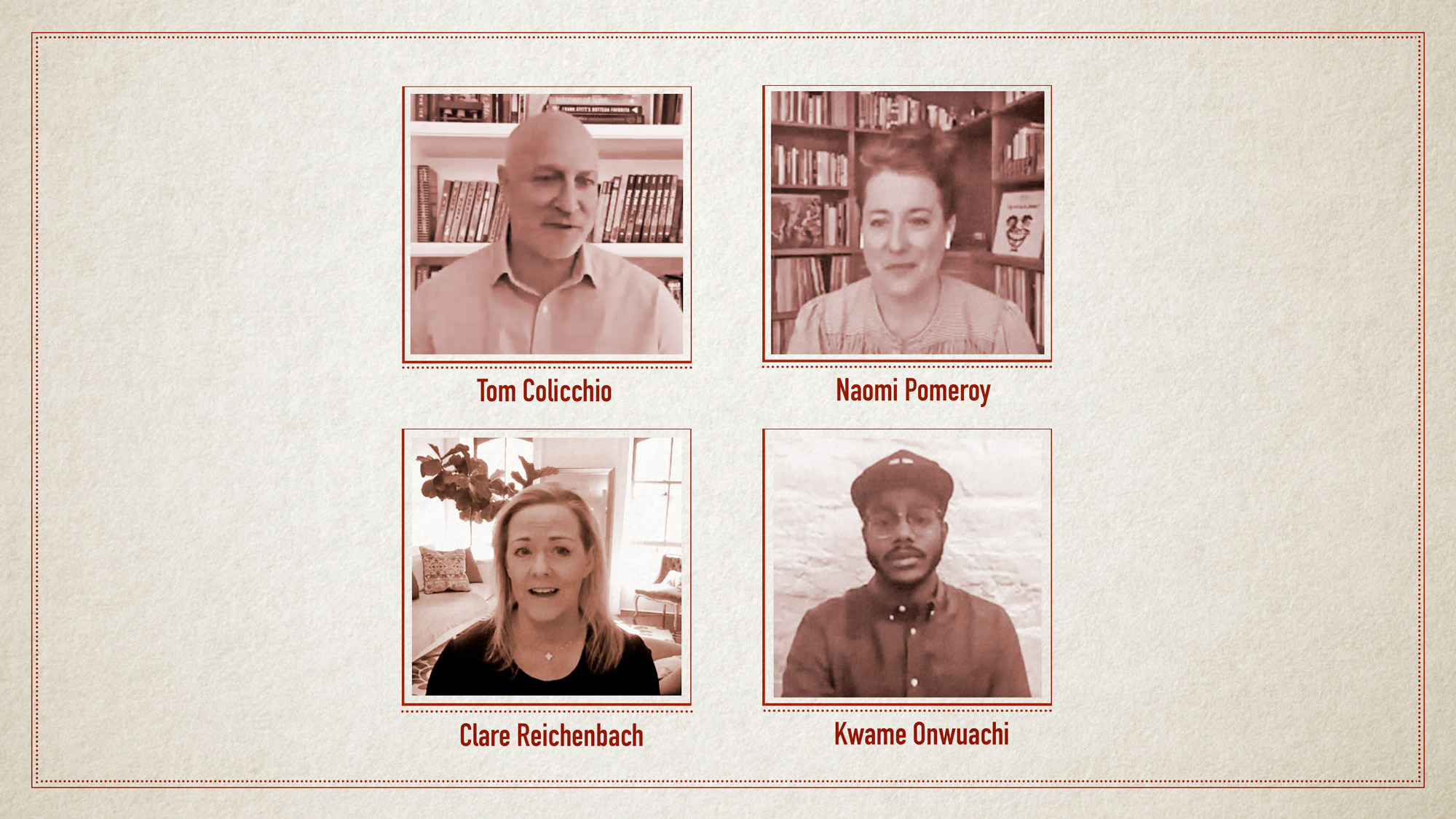 The pandemic has forced the mass closure of restaurants and thrown millions of workers, and their local suppliers, out of work. Now, even with shutdown measures gradually lifting, many small restaurant owners aren’t sure they will be able to reopen. Your POLITICO Nightly host held a Zoom call with the founding members of the Independent Restaurant Coalition, a new lobbying group that came to life just six weeks ago. Initially focused on the Paycheck Protection Program, the group now wants to fix the program, arguing that it favors large franchises and chain restaurants over smaller eateries.

We spoke with Tom Colicchio, owner of Crafted Hospitality and “Top Chef” star; Naomi Pomeroy, chef and owner of Beast Restaurant in Portland, Ore.; Kwame Onwuachi, chef at Washington D.C.’s Kith/Kin; and Clare Reichenbach, CEO of the James Beard Foundation, about pandemic cooking, the future of dining, and what Congress should do next to help independent restaurants. This interview has been edited for clarity.

Why do you think the Paycheck Protection Program isn’t helping independent restaurants?

Kwame: I had to shut the restaurant down, and it happened overnight. The mayor said we can no longer do dine-in service. I had to call all the staff and speak to them one by one. I’ve closed restaurants before. Nothing felt like sitting across from people and telling them you didn’t have answers, and you didn’t know when they were coming back.

Now we get these funds, and we have to hire back a large percentage of our staff. A lot of them don’t want to come back. They’re making the same, if not more, on unemployment. The revenue that I would make from doing delivery or takeout won’t suffice. I have 76 employees at my restaurant. Then the payback period for eight weeks. You know, it needs to be longer because in eight weeks, I don’t know if I’m going to be open. It puts us in a tough position. We’re even thinking about just giving it back at this point.

What does the IRC want from Congress?

Naomi: Our big ask is a $120 billion dollar stabilization fund that will help support the industry going forward. We have never before seen this kind of decimation of the restaurant industry. Every single restaurant owner in this country has to reinvent themselves over the next year or so. We don’t know how long this is going to last.

With no strings attached?

Tom: The strings attached are all the farmers and fishermen and the winemakers and the cheese makers and all the people that we actually support. When you consider that 95 cents on every dollar that comes into a restaurant goes out the door, I would suggest that’s a lot of strings attached.

There are many groups competing for additional stimulus money. Why should lawmakers pay attention to the plight of local eateries?

Kwame: This is a bipartisan issue. Everyone has their own favorite restaurant. Food is a vessel for our communities, and it’s the way that we connect with each other. I have so many people that come into my restaurant that are in Congress on both sides of the aisle. It’s something that brings them together. So that’s where my optimism lies.

How are restaurants handling reopening in states that are lifting restrictions?

Naomi: It’s really unfair to be asking restaurants to be the canary in the coal mine again. We did this when Covid started, and we had to close down and try to figure out what we’re going to do. If we’re talking about reopening measures, we’re being asked to provide PPE. But what happens when one of our workers gets sick?

What is the restaurant industry going to look like this year?

Clare: A recent poll indicated that 80 percent of the restaurant owners were not confident about reopening. If you think about that in real terms, that’s four out of five of your favorite local restaurants.

Kwame: We’re hustlers at the end of the day. Most restaurants are gonna have some sort of mercado aspect to it. We’re gonna be doing jams and anything we can sell. In terms of restaurants opening, I think there’s gonna be people that are gonna take risks because the rents are gonna be a lot cheaper. This may be their first time jumping into opening a restaurant, so they’ll be able to take that risk. Also I think about marginalized people having less opportunities to open up restaurants.

Tom: One thing I know, a year from now, whenever we have a cure, we can congregate again. Everyone is going to be tired of cooking their own food, so we’re going to be there for you.

What happens to the IRC once the pandemic subsides?

Naomi: Right now there’s no point in talking about long-term fixes. If the house is burning down, it’s hard to talk about what color you’re gonna paint the bedroom.

Tom: We’re trying to save culture. It’s not just about restaurants. This is about culturally important touchstones that we’re going to need. Once we fix the economy, once things are going again, we still need that culture because that’s what makes us Americans. You go to Queens and you go to Flushing and you’ll hear 200 languages and see restaurants that represent so many different cultures. That’s what we need to bring back and make sure we don’t lose that. Because if we lose that, what are we?

What does quarantine cooking look like for a professional chef?

Naomi: I feel like quarantine has me in this comfort zone. I baked some Japanese milk bread called shokupan yesterday that turned out really well. I’m really fascinated with Japan. I went there like six times last year and there are these little Japanese convenience store sandwiches that everybody knows and loves. That’s the bread that goes into making that. It’s been fun, but it’s definitely not friendly on the waistline.

Tom: I’m doing a lot of sourdough bread, which is something I taught myself to do just this year. A loaf of bread every other day. I had to get a 50-pound bag of bread flour, because I couldn’t find any more bread flour because apparently everyone in the world was making sourdough bread right now. This is 600 grams of Sir Galahad bread flour. It’s a hundred grams of spelt. It’s another 50 grams of whole wheat. And then it’s 150 grams of starter. Twenty grams of salt.

Kwame: I started off, trying to eat really, really clean. Just trying to watch everything that was going into my body, like the amount of carbs, the amount of protein, the amount of fats. It did not last very long. I started eating for comfort and just trying not to abuse that. Whatever I craved, I make it. If I want a mac and cheese. I’d make it. If I wanted a bacon cheeseburger, I would make it. I’m here in the Bronx right now and cooking for 400 people a day. We did jerk chicken. We did fried plantains and coconut rice and beans. I’m passing meals to people with a mask on. It’s such a foreign feeling right now.

Why you need to visit Palette Bakery – ABC 4