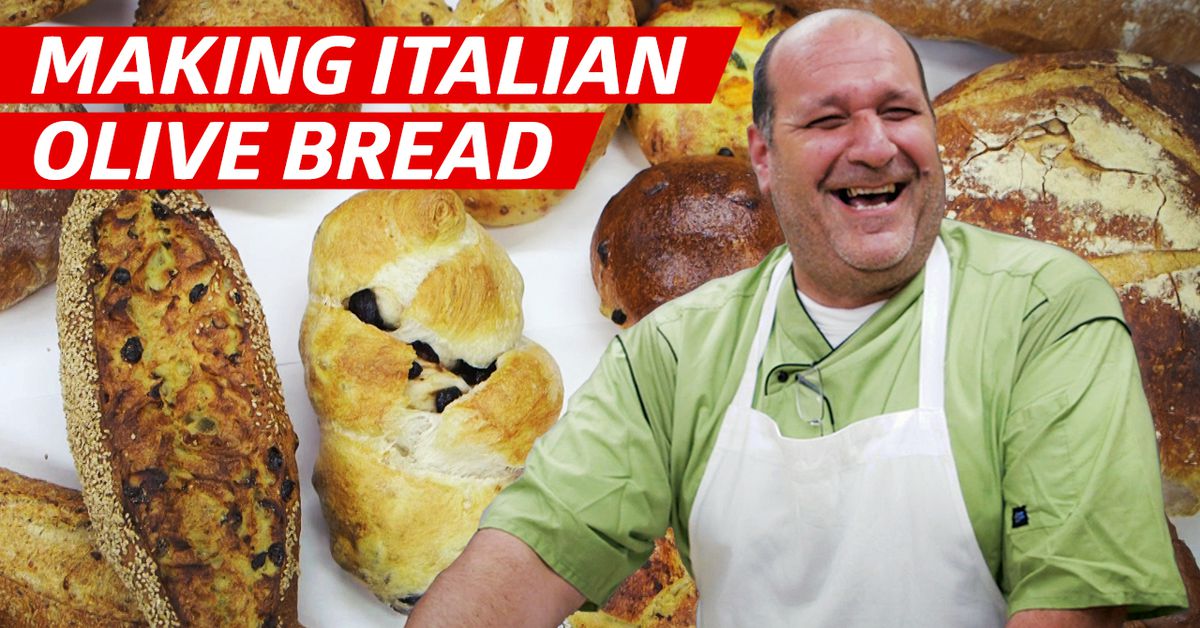 “Cooking is like jazz because in cooking, you can improvise all you want. Whereas baking is classical music, you can’t deviate from the program,” says Jason Lalima, who has been making his father’s beloved olive bread at Madonia Brothers Bakery in the Bronx for decades. “There’s no reason to change perfection. This is my father’s legacy right here.”

Madonia Brothers Bakery is an old-school, family-run Italian bakery on Arthur Avenue in the Bronx, which is known as the borough’s Little Italy. Lalima is a third generation baker at the 102-year-old shop (his father, Charles Lalima, is a co-owner), which specializes in breads, the best cannoli in the city, according to Eater NY critic Robert Sietsema, cookies, and other baked goods. The bakery also prides itself on its longstanding community ties.

“My dad used to stand in the front of the store, he came here four days a week until he was 90. He would come and hang around, have a cup of coffee, stay three or four hours, and just watch,” says Peter Madonia, a third generation owner of the store. “But I watched him talk to people who were children when he was here, who now are coming in with their children.”

When it comes to the shop’s famous olive bread, the secret to its deliciousness is to keep it simple. “The key is to really have a lot of olives in here” says Lalima as he folds the dough over layers of black olives. Another key is patience. Lalima cites the holiday rush as a hard time to keep the bread on the shelves, for example, but makes clear that selling bread does not come before the purity of the product. “We can do what we can do. I’m not going to ruin the integrity of the bread because I have to rush it, I’m not going to do it,” says Lalima. We take our time and if you get it you get, if you have to wait for it, you have to wait for it. I don’t want anybody walking away saying ‘oh, it wasn’t good.’ So sometimes, the better things, you wait for in life.”

‘It just gets on your blood’: Maddy’s Restaurant and its family legacy reopens after years on hiatus – Daily News Journal