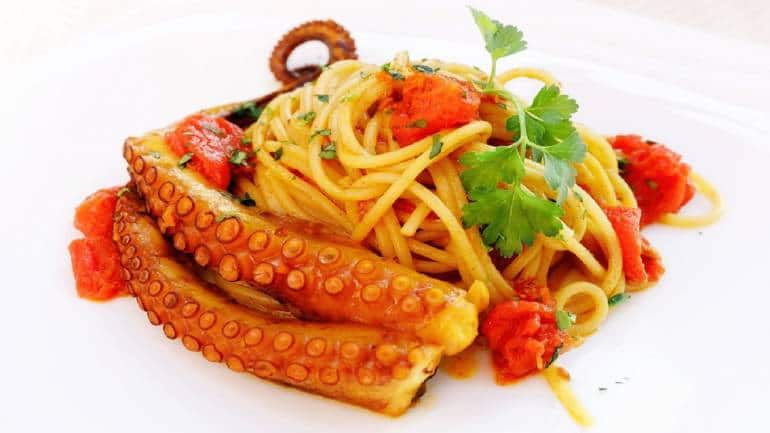 Hospitality firm OYO is looking to enter the ready-to-eat food segment despite an unsuccessful foray into the cloud kitchen business early this year, sources told Moneycontrol.

It has partnered with manufacturers on a revenue-sharing basis.

“OYO has realised that cooking meals and maintaining its consistency where the kitchen service is not good is very difficult. Therefore, it is planning to further explore the scope in the ready-to-eat category. At some point, the company also had plans to set up its own factory to produce and store frozen food. But that has been shelved now and for the time being it is relying only on third party manufacturers,” said one of the sources.

In 2019, the company launched over a dozen cloud kitchen brands such as Adraq, O’Biryani, Master of Momos and Parantha Pundit. While some of these brands still exist, majority have ceased operations.

OYO, however, categorically denied that the brands had been shut. It added that they were temporarily suspended due to the ongoing COVID-19 crisis.

“We would like to clarify that we continue to operate all our brands that were launched under OYO cloud kitchen. Unfortunately, owing to the current COVID-19 pandemic, these brands are temporarily suspended as they operated from the kitchens located in our hotels. Some of our hotels cease to operate in the current time because of the COVID-19 lockdown and travel restrictions followed to curb the spread of infection,” the company said.

Also, earlier, most of these items were freshly prepared in the cloud kitchens across the country. However, of late, the company has started experimenting by mostly outsourcing them as frozen items from third- party manufacturers.

“The focus is more on the ready- to-eat segment,” said another source, adding that the cost incurred in this category is a fraction of what the company spends on freshly-cooked items.

“Here, the company doesn’t even need trained staff. All that the person has to do is heat the pre-prepared food item before giving it for delivery or serving it to the guest. Hence there will not be any issue of consistency,” he said.

However, an end consumer will not be able to differentiate if the food brought to him is frozen or freshly prepared.

“For OYO, the use of frozen food is an extremely small part of the kitchen operations and only limited to the deliveries made under the cloud kitchen arm of the business. As mentioned before, only fresh and the best ingredients are used while our in-hotel dining orders are served to the guests,” said the company.

OYO, however agreed that – on an industry level – frozen food, when operated at a large scale, is more cost effective. It, nevertheless, did not give any detail of the costing in house.

OYO is learnt to have undertaken a major downsizing exercise in its cloud kitchen unit. According to another source quoted above, out of over 150 people in the corporate team only around 40-45 remain in the company and from the on-ground team which consisted of another 150-200 people almost all have been laid off or re-purposed across other divisions.

OYO, which had also entered the café domain with the launch of its coffee chain French Press mid last year, has also scaled back operations in that segment. The company had launched over 17 cafes across the country, according to one of the sources.

Interestingly, a lot of these ‘rationalisation’ exercises started to happen after the failed initial public offering of SoftBank-funded WeWork late last year.

Earlier in May, in an interaction to an international media organisation, founder and chief executive of Oyo Ritesh Agarwal himself stessed upon the change in the ‘atmosphere’ after the WeWork IPO fiasco.

A senior executive on condition of anonymity confirmed to Moneycontrol that OYO was using ready-to-eat food items and called them ‘extremely safe and healthy option’.

The executive further stressed that the company also did not completely rely on ‘one approach’ for its kitchens and was also preparing fresh food under multiple brands of the cloud kitchens.

“At OYO, we operate several full-service hotels around the country. We have rationalized our cloud kitchen portfolio and continue to operate it at a smaller scale. Previously, we were primarily running cloud kitchens while serving food at our hotels. Currently, we are facilitating deliveries in neighbourhoods where our hotels are located while continuing to delight our guests with a good food experience. We have nothing further to share at the moment,” said an OYO spokesperson.

Follow our full coverage of the coronavirus outbreak here

Now that payment deadlines have been relaxed due to COVID-19, the Moneycontrol Ready Reckoner will help keep your date with insurance premiums, tax-saving investments and EMIs, among others.

Purge these old foods from your fridge now – CNET