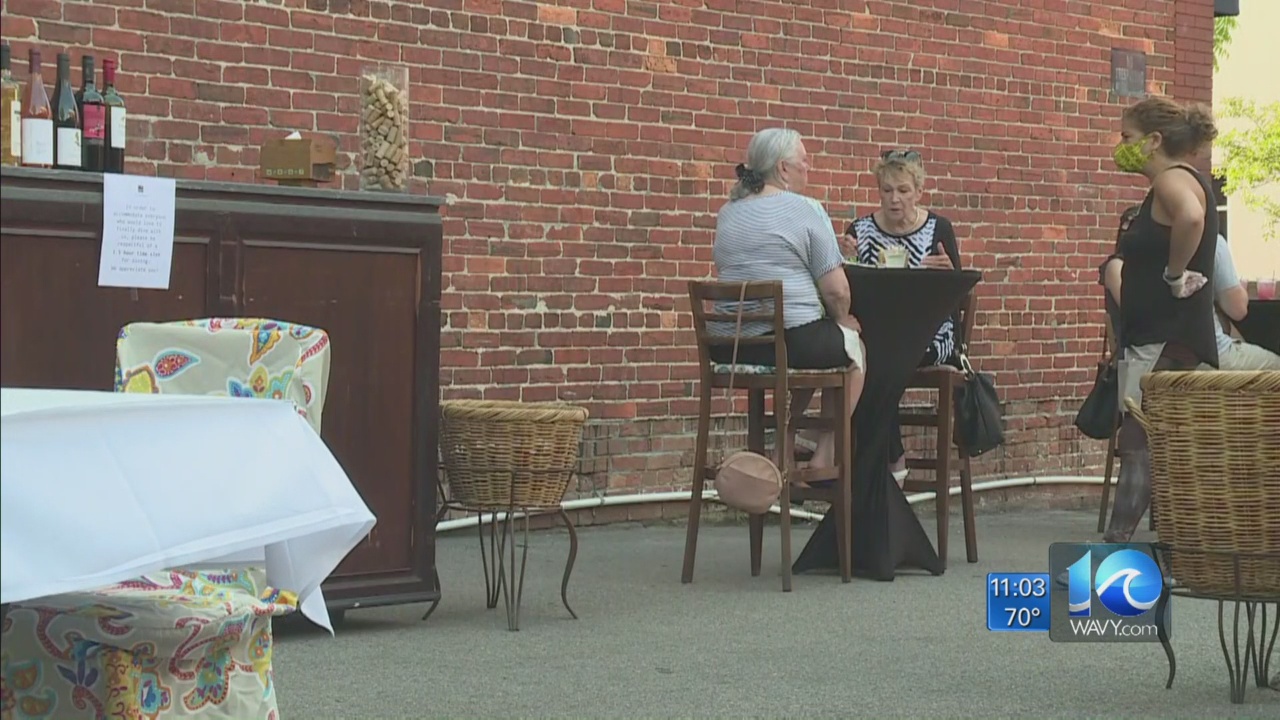 NORFOLK, Va (WAVY) – With Phase 1 of reopening the state now in effect, local restaurants are starting to get back to normal.

But of course, they are only allowed to serve customers outside. For some restaurants that means getting creative.

“We feel like we see the light at the end of the tunnel,” said Omar Boukhriss owner of Omar’s Carriage House.

Creating serenity in the middle of a pandemic is the idea Omar had for his restaurant when Governor Northam announced Phase 1.

His restaurant — which previously did not have outdoor seating — now has several tables sitting in the former parking lot. Complete with an outdoor bar.

Nothing is perfect, but Omar says for now it is working.

“We wanted to give it that European flair, like if you go to Europe,” he added.

He would know, he was actually quarantined in Morocco in March.

“We were supposed to back on the 20th of March, we didn’t make it back until the 11th of April.”

He is happy to see things returning to normal, but still has concerns.

“We always keep hearing about this second wave and the third stage so there is a lot of concern. As a small business, what we are doing is we’re floating you know – surviving. But, I don’t think we can survive until the end of the year, it’s impossible,” he said.

Things will change eventually and does that mean going back inside? Omar does not know yet, it is part of the process and he just wants to keep everyone’s safety in mind while keeping his business afloat.