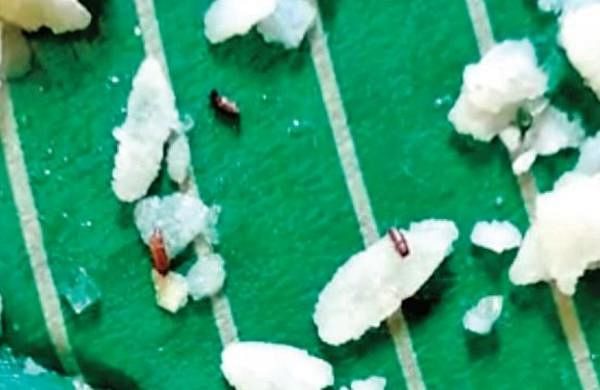 JAGATSINGHPUR: Complaints of poor quality food and lack of amenities have started pouring in from different quarantine centres in Balikuda and other areas of the district. Inmates of the temporary medical centre (TMC) at Baharana panchayat under Balikuda block alleged that substandard food is being served to them.

The chuda (flattened rice) served to them is infested with pests. Besides, insects have also been found in cooked meals. In protest, the inmates clicked photos and shot videos of the insect-infested food and shared it with district officials. As many as 33 migrant workers are staying in Baharana TMC.

Similarly, a scuffle broke out among inmates of Jamugaon TMC over poor quality food on Sunday. While a section of returnees raised protest over the food quality, another group did not want the matter to reach higher officials. This led to a fight in which three inmates sustained injuries.

Migrant workers housed at Naugaon College have also made similar allegations. Such is the condition that inmates are forced to order food from their homes. In Purohitpur TMC under Jagatsinghpur Municipality, returnees are unhappy over lack basic facilities and unhygienic conditions.

However, Baharana sarpanch Bandita Pattayat refuted the allegation. “Some inmates recorded fake videos out of mischief and made those viral. The inmates who levelled these false allegation have been discharged from the TMC after end of their quarantine period,” she said.

On the other hand, Jagatsinghpur Collector Sangram Keshari Mohapatra and SP Prakash R visited SVM College, where returnees have been housed, and inspected the quality of food being served to there. They directed the nodal officer to maintain proper sanitation.