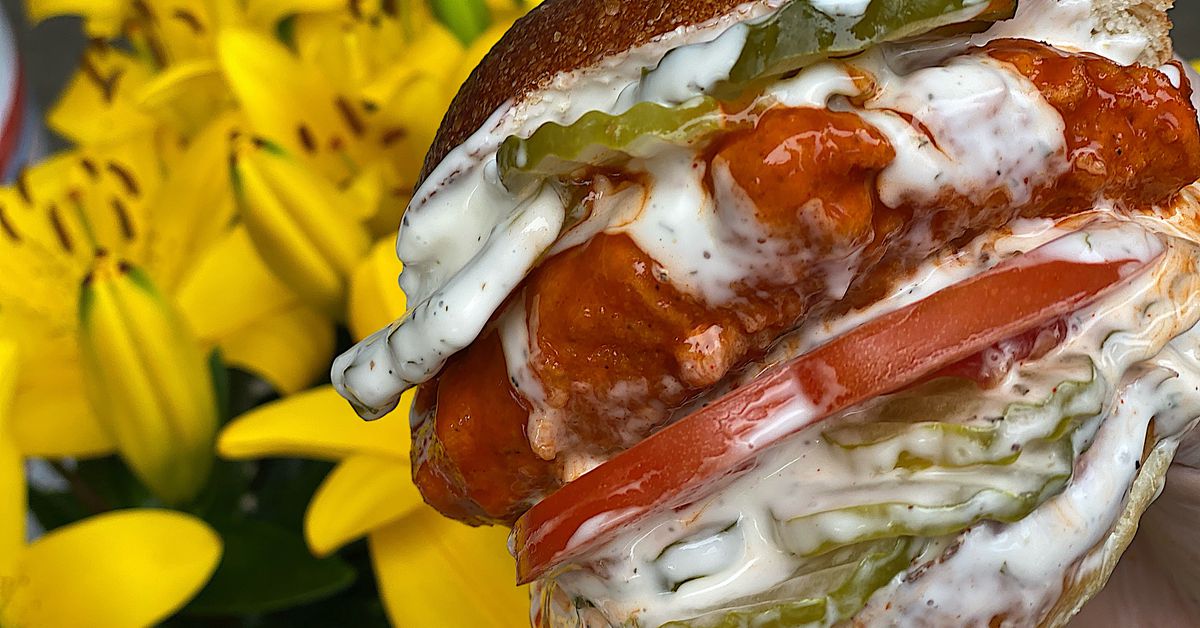 Owner Kayla Lamberson started experimenting with vegan cooking a little more than two years ago, when she became vegan. A longtime sanctuary volunteer and animal activist, Lamberson found herself excited and creatively stimulated by tackling vegan versions of classically meat-and-dairy-heavy dishes. She started bringing her cashew mac and cheese, cheese-less grilled cheese sandwiches, and fried faux chicken and waffles to the animal sanctuaries where she volunteered, and they became a hit. When she moved from Hawaii to Portland, she decided she’d go pro and open the Mocking Bird.

While the Mocking Bird is centered around fake fried chicken — Lamberson is currently tweaking her recipe to use a pea protein base — Lamberson’s whole menu covers a variety of vegan comfort food: She uses cashew cheese for her macaroni and cheese, she makes her dill ranch sans the buttermilk, she even figured out a vegan version of an old family recipe, her grandmother’s butterscotch cream pie. The sandwiches themselves, though, are more than just the vegan chicken — some come topped with that vegan macaroni and cheese, or Follow Your Heart blue cheese dressing. Personally, Lamberson is a big fan of her grilled cheese. “Everyone loves grilled cheese sandwiches,” she says. “I did a few taste parties and it became a huge hit.”

For now, the Mocking Bird continues to appear at the Happy Valley Farmer’s Market, but the cart will arrive at the Rose City Food Park on June 6.

Correction: This story has been corrected to show that the Mocking Bird’s current fried chicken is not made with seitan.