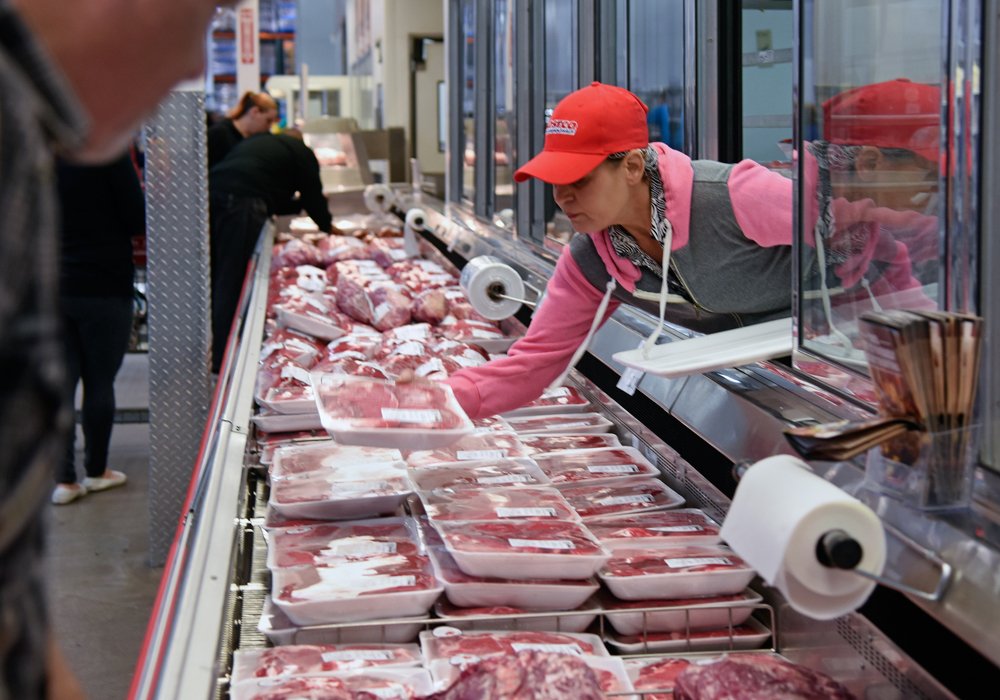 Is our food system a disaster?

Widespread food shortages on grocery store shelves make some think so. In the early days of COVID-19, when I saw empty shelves for some dairy products, flour and toilet paper I got pretty spooked about food security. When I heard about packing plants becoming rife with virus, hundreds of workers becoming sick, and production screeching to a halt, I thought it looked like a disaster.

I stockpiled flour, TP and meat in my basement freezers. When you’ve got three young kids, you shouldn’t be too blasé about being able to feed them during a global pandemic and economic collapse.

But then flour began re-appearing and filling up those empty shelves. I didn’t find any dairy shortfalls this week when I hit my local Safeway. You could build a small house out of the toilet paper and paper towel packages that now fill the shelves of most grocery stores. None of my grocery stores have closed, despite having to redesign how they manage both staff and shoppers.

Have we run out of beef, with the plants producing 70 percent of Canada’s supply dealing with horrific COVID-19 outbreaks? Not as far as I can see.

Has this crisis revealed a North American food system unable to handle a shock like a pandemic? Or has it revealed one easily able to handle the kinds of sudden disruptions nobody could predict? Is it possible that COVID-19 has revealed a food system resolute and flexible, able to withstand an overwhelming shock without skipping much of a beat? When one part goes down, another steps up. Is that a better representation of what’s been going on?

We’ve heard a lot of voices on the “unable to handle” side of the argument, along with calls for a major re-engineering of our food system once we have survived the pandemic. Some call for a multitude of small, new packing plants to replace the giant plants we rely upon. Others want large stockpiles of essential goods to be maintained for a “next time” situation. Others think our food system needs to pivot toward local food sources and simple farmer-to-consumer relationships rather than the complex supply chains we now depend upon.

We’ve also heard more cautious voices on the other side, reassuring people that our farm and food system can handle the challenges and has held up remarkably well. Shortages have been temporary, slaughter is mostly back on-line, and we’re now much better prepped for next time.

I think it’s too early and we’re too close to the situation to assess the “truth” about this question. But I think it’s good to note that this is yet another area of this crisis in which we have to stand back and admit “I don’t know.” Once this is all done, we’ll be able to focus on the problems and highlight things that need to be fixed. For now, it’s far too early to conclude either that we’re going to have a full restructuring of the food system coming this, or merely a modest overhaul. Fortunately it appears we’ll be able to ponder that question without starving, because even though some nations overseas face famine, we’re still one of the world’s great food surplus nations and that’s something we should all be happy about today.