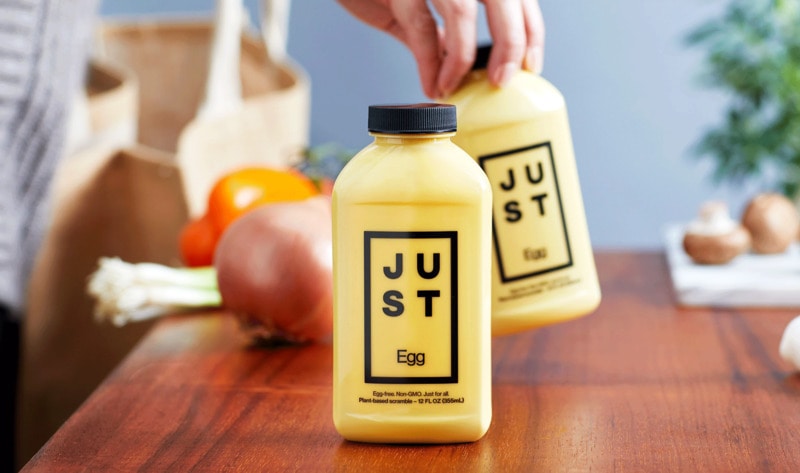 California-based food technology startup JUST recently partnered with Michael Foods—a subsidiary of one of the world’s largest processed egg suppliers—to bring its vegan egg to more customers. Under the partnership, Michael Foods will be the exclusive manufacturer, supplier, and distributor of JUST Egg to foodservice and food ingredient customers in the United States who are looking for an innovative plant-based egg product. The mung-bean-based JUST Egg is available as a pourable liquid or pre-baked folded egg patty. According to JUST, its ingredients use 98 percent less water, 86 percent less land, and emit 93 percent less carbon dioxide than conventional animal sources.

“For over 100 years, the Michael Foods family of businesses have leveraged quality ingredients and cutting-edge processes to offer the finest products and solutions to their customers. This partnership adds an innovative new product to their impressive portfolio,” Josh Tetrick, co-founder and CEO of JUST, said. “Our companies share a great deal in common. We’re fathers and brothers and sisters and mothers, all sharing a belief that the food we eat is one of the most important choices we make. Signing this partnership is one of the proudest moments in our company’s journey to build a better food system.”

In its first year of distribution, JUST Egg launched in leading retailers such as Walmart, Kroger, Whole Foods Market, and Safeway. A growing number of quick-service restaurants and other foodservice destinations, such as college campuses, amusement parks, hospitals, and corporate cafeterias, have also added JUST Egg to their menus. Last month, sales of JUST Egg were up by 200 percent compared to April 2019.

Chipotle is testing new restaurant designs, and they reveal the chain’s massive plans for the future – Business Insider India

A Weekend Bakery Sets Up Shop – The New York Times

With re-opening being an expensive affair, Mumbai restaurants look at a bleak future – CNBCTV18