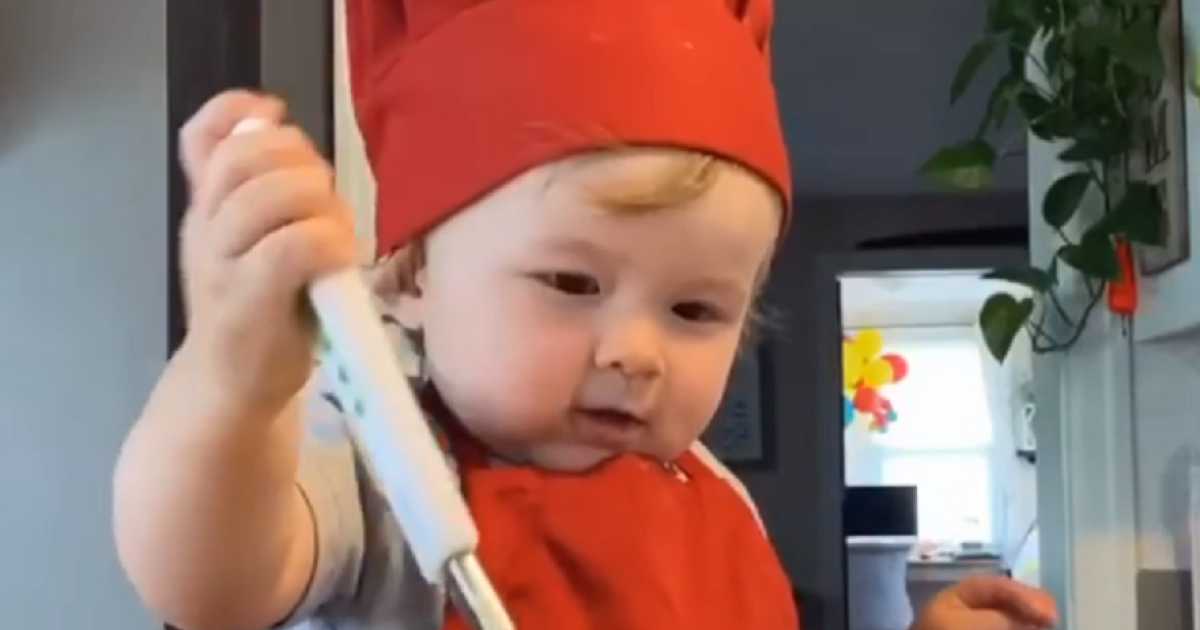 NEWPORT NEWS, Va. – He’s only a year old, and he’s already cooking up a worldwide fan base.

Welcome to the kitchen of Chef Kobe. Each night, he serves a meal – and a hearty helping of happiness – to more than a million followers on social media.

“I think he’s started to get the gist of what the camera is. He’s definitely performing. He loves watching himself,” Kobe’s dad, Kyle Wian, told News 3 This Morning anchor Blaine Stewart during an interview via Zoom.

Kobe’s online fame began with an idea from his parents to have him try one new food a day and document it for family and friends.

“I really think that developed his adventurous palate and made him not picky,” says Ashley Wian, Kobe’s mom.

Kobe’s charm and his skills with a skillet have earned him some famous friends. Celebrity chef Rachel Ray is among them. But the Wians tell News 3 it’s the messages they get from everyday folks thanking Kobe for helping them cope during the stress of the past few months that mean the most.

“It makes us feel really good that this chaotic monster is making people happy all over the world,” Ashley says.

Kobe’s dad agrees, stressing the importance of families spending time together in the kitchen.

“It’s just a mess. It can be fixed in a matter of minutes, but the memories last a lifetime,” he added.

Piperade, La Taqueria, and Other SF Restaurant Closings Due to Coronavirus – Eater SF