Decades before Central Market arrived, and way before Eatzi’s came to town, Roy Pope Grocery was old Fort Worth’s neighborhood market. Naturally, it was with great sadness — and for many of its loyal patrons, dismay — that the 1943 landmark near the prestigious Westover Hills area announced in April its closing. Within a month, however, plans came together for reopening, as four locals formed a partnership to revive and revamp the corner store just steps off the famously worn Camp Bowie Boulevard bricks.

The ambitious effort is led by Lou Lambert, the restaurateur-chef who owns Dutch’s Hamburgers in Fort Worth as well as Lamberts Downtown Barbecue in Austin. Partnering with longtime associate Chris Reale (known best for his many years behind the bar at Grace in downtown Fort Worth), developer Mark Harris and real estate broker Rodger Chieffalo, Lambert shares big plans for the Roy Pope reboot.

“Buying the Roy Pope name and building means we will keep a boutique grocery serving the neighborhood as it has since 1943,” says Lambert, who lives nearby. “In updating and expanding the offerings, we can provide everything from the great meat market the community has always loved to produce from local and statewide farmers and artisan cheesemakers and bakers.” 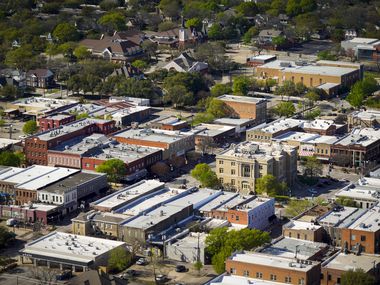 Roy Pope was legendary for its hot and cold prepared meals, and Lambert plans to build upon that with an expanded deli menu to pair with a broad wine and beer program. Additions include a frozen custard machine, a floral department, and a coffee and wine bar. Plans call for revamping the entrance and adding a window for grabbing coffee to-go. Dallas restaurant designer Robert Romano is on deck for the new look.

“By adding indoor and outdoor seating, we can make this a gathering spot for the neighborhood. People can meet for coffee and pastries and breakfast tacos in the morning, and then a glass of wine with small plates later in the day,” Lambert says.

Lambert appointed Reale — who has managed numerous Lambert caterings here, in Austin and farther afield in recent years — as operating partner for the store. In addition, Lambert is bringing aboard to-be-named veterans from Whole Foods Market and other high-end grocery stores. Watch for a fall opening at 2300 Merrick Street in Fort Worth, and see updates on Facebook at Roy Pope Grocery. 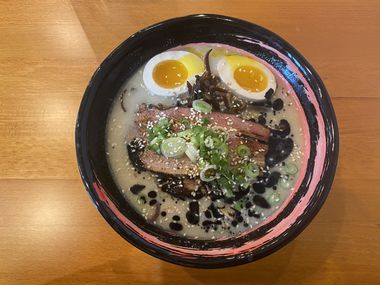 Back in Chennai, Viswanathan Anand looks forward to home food and bonding with son – ESPN India

What is gooey butter cake, and where should you try it? – USA Today 10Best