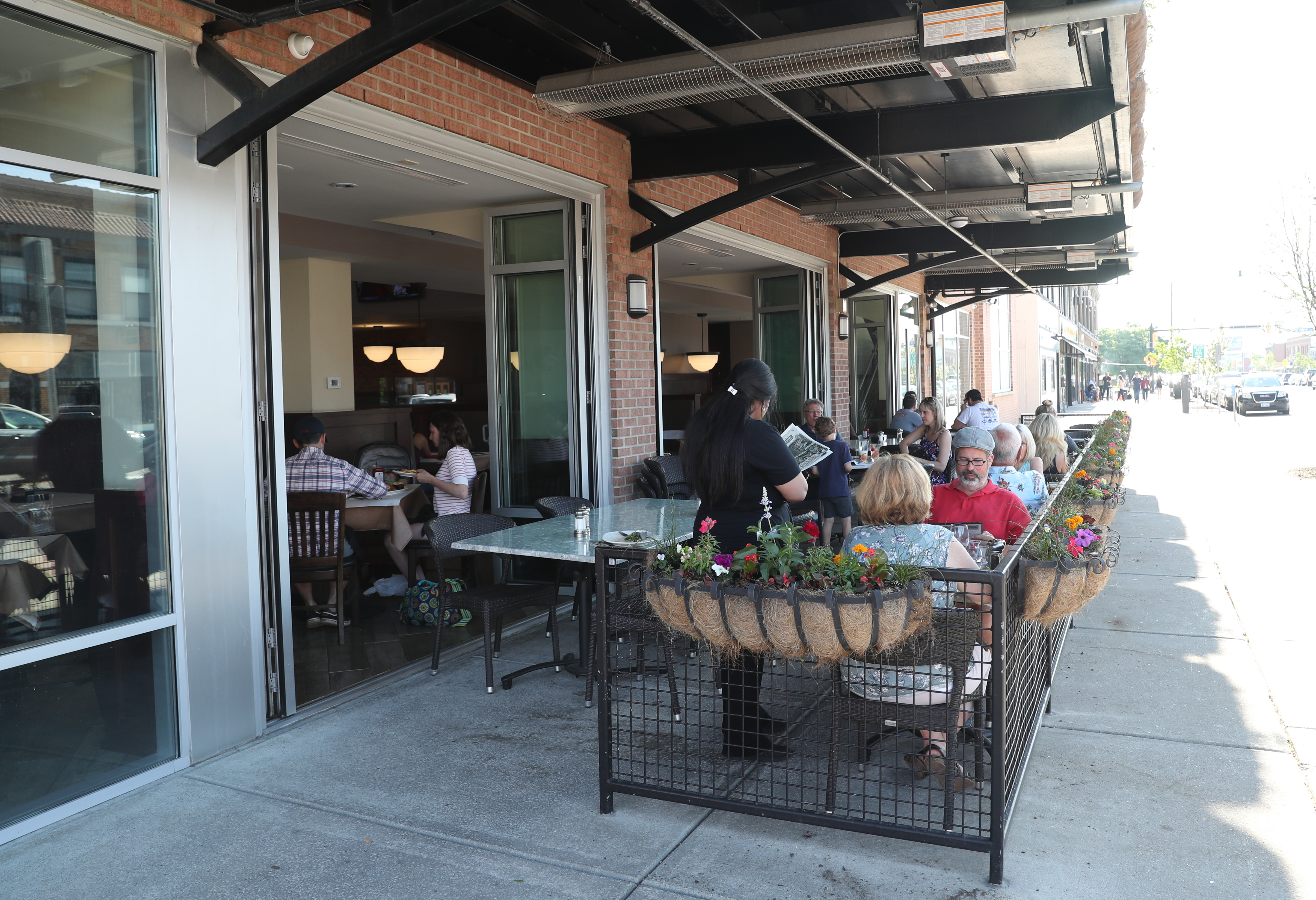 The governor approved outdoor restaurant dining as part of phase two of reopening from the coronavirus shutdown order. But that doesn’t mean all restaurants will be able to take advantage.

La Tavola Trattoria on Hertel Avenue is open for takeout but won’t offer outdoor dining. Owner Victor Cali said his patio would have room for only about three tables under the new guidelines.

The guidelines require plastic dividers between tables not meeting the 6-foot minimum separation.

“It’s just too much. You know, we’re struggling as it is. To go buy all that stuff? It’s just insane,” Cali said.

Wednesday’s announcement came as a shock to Tommy Cowan, co-owner of Forty Thieves on Elmwood Avenue.

The restaurant will reopen for outdoor dining at 11 a.m. Thursday. Because it has been open for takeout, it has food and a fully stocked bar, as well as staff on hand, Cowan said.

The business stayed open with takeout service, in part, so it would be ready to reopen more quickly, he said.

“I could see some restaurants probably not being able to open until next week unless you were doing takeout and you have food ready to go,” Cowan said.

Restaurant owners who don’t have permits for patio seating can’t participate, unless they get waivers from their city or town. And many of those with limited outdoor seating are deciding it’s not worth the effort – for themselves or their customers.

Under the new state requirements, restaurant owners who open outdoor seating for customers must space tables at least 6 feet apart if barriers are not erected. All staff must wear face coverings, and so must customers when they are not seated.

The guidelines are more than 10 pages long and govern everything from kitchen sanitation to recommendations about single-use menus and condiment packages.

The new rules don’t work for restaurant owners such as Clark Crook, who has Bar-Bill restaurants in Clarence and East Aurora. Though the East Aurora restaurant has patio space, it’s not large enough.

The patio at the Clarence location is still unfinished, and the East Aurora location would only have enough space for four tables spaced apart. That would leave many customers waiting, he said.

“We’re thinking about the customer first and putting ourselves in their shoes,” Crook said. “It seems like it would be a difficult and unpleasant experience.”

Restaurant owners with large patios still have hurdles to overcome, as well, though they are more determined to open as soon as possible.

Shepard, the owner of Dockside, said he aims to open by next week.

Mac’s on Hertel has stayed open for takeout since the pandemic hit in March and is ready to offer outdoor dining Thursday, said general manager Mike Crimi.

The restaurant has had limited staff for the last several months, and workers are itching to come back, Crimi said.

“The trick is going to be managing it the right way because, how much staff do you bring in? How busy are you going to get?” he asked. “How are people going to feel about going out? We’re ready. Is the public ready?”

Melissa Fleischut, president of the New York State Restaurant Association, said the outdoor dining provision will be a lifeline for an industry “on the brink of collapse.”

Craving is ready to start outdoor dining on Thursday, said chef Adam Goetz. The Hertel Avenue restaurant, which has been open for curbside pickup since the pandemic’s onset, has been paying attention and preparing for some kind of limited opening in June, Goetz said.

It helps that the restaurant’s takeout menu is roughly same as their regular menu in terms of the number of offerings, so it doesn’t have to quickly move to order food and call back staff like some other restaurants, he said.

The restaurant has a small patio, which Goetz says will be able to seat about 16 people. Takeout cocktails have been working, though the bar isn’t fully stocked at the moment. He plans to slowly bring staff back, he said.

“We’ll just kind of play it by ear like we’ve been doing for 13 weeks,” he said.